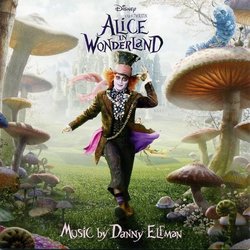 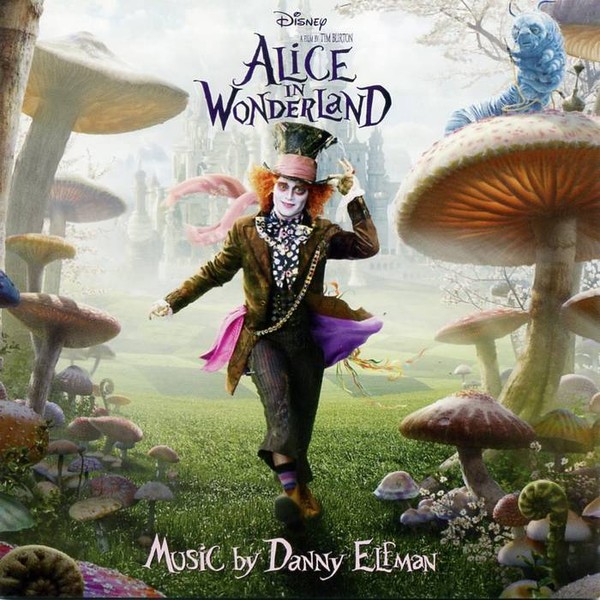 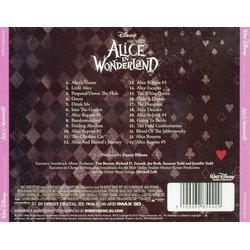 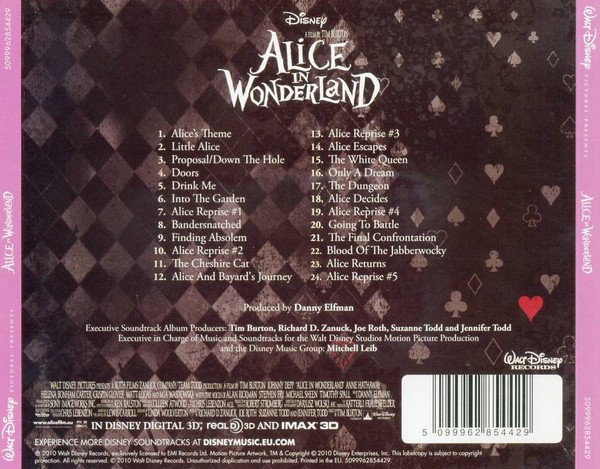 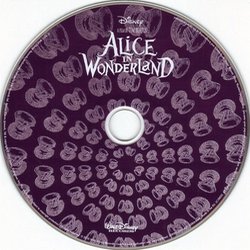 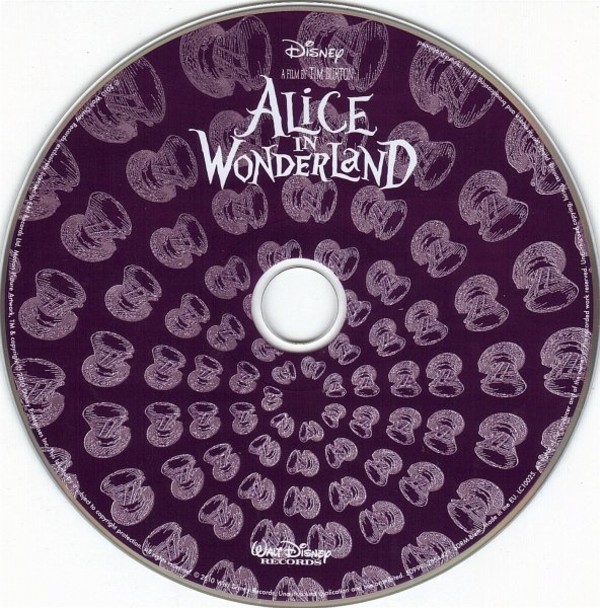 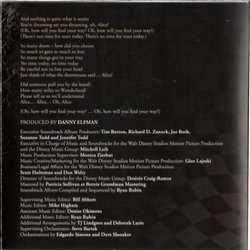 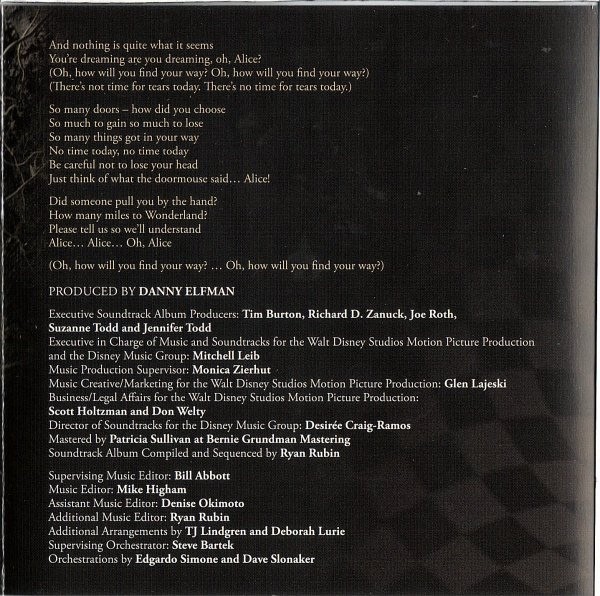 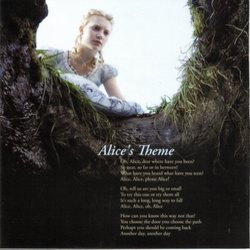 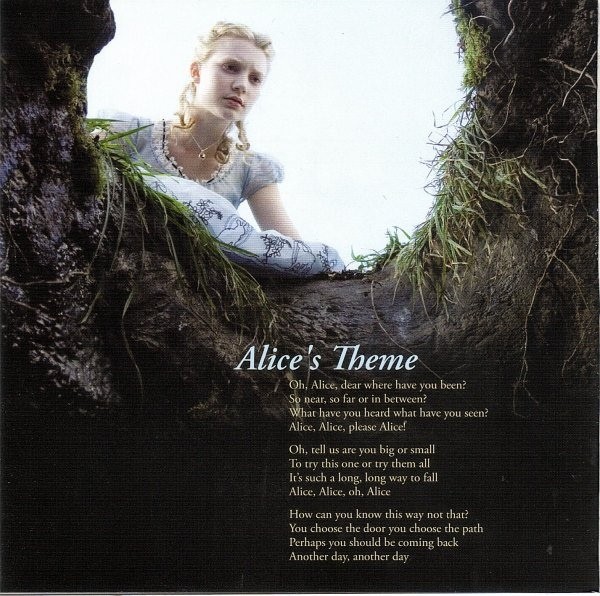 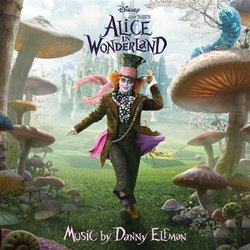 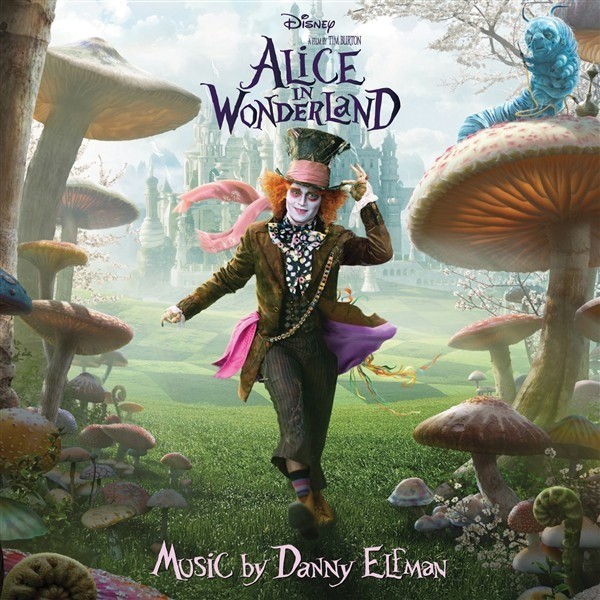 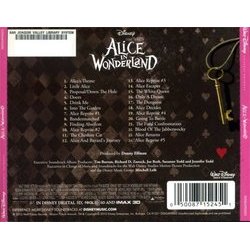 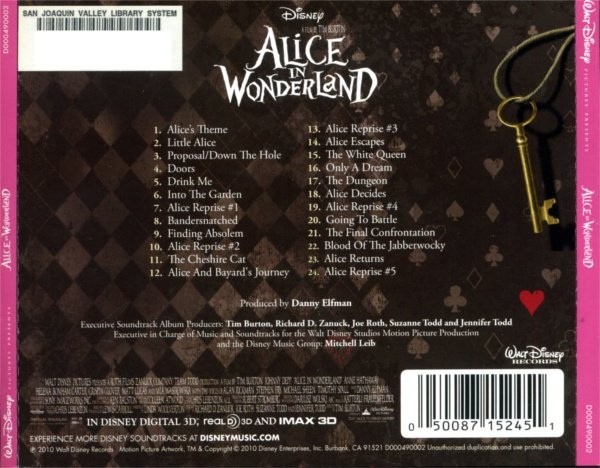 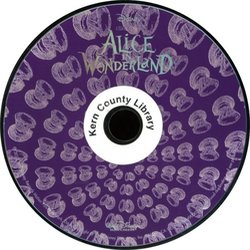 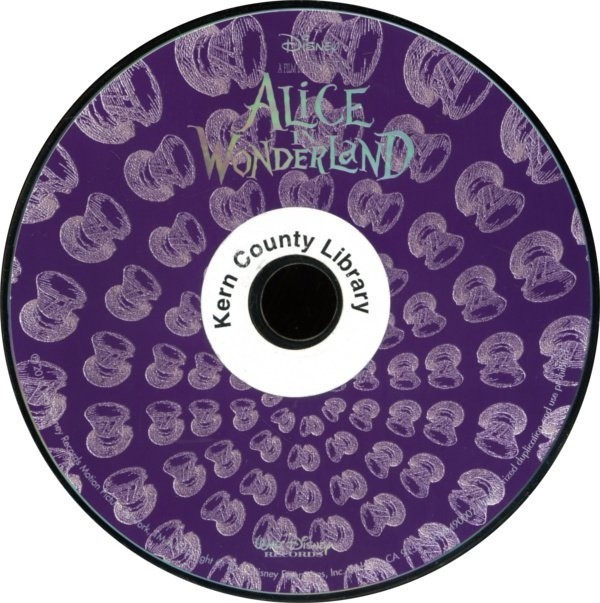 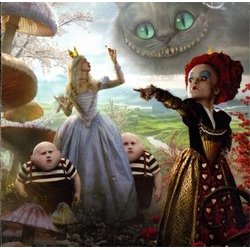 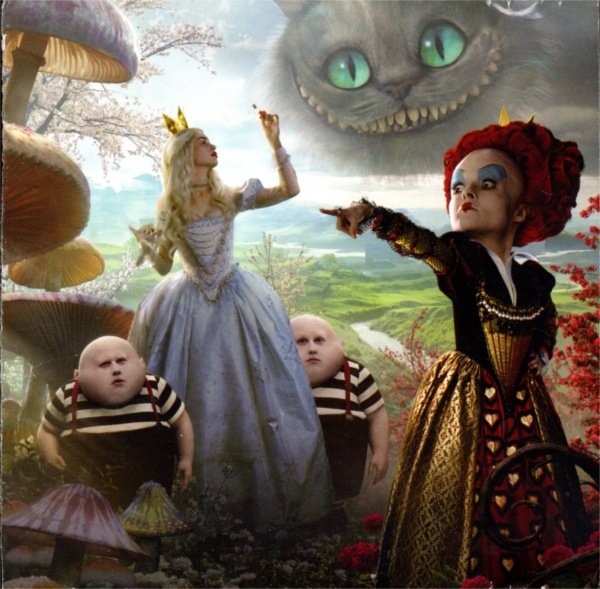 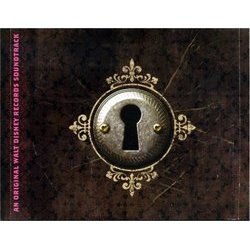 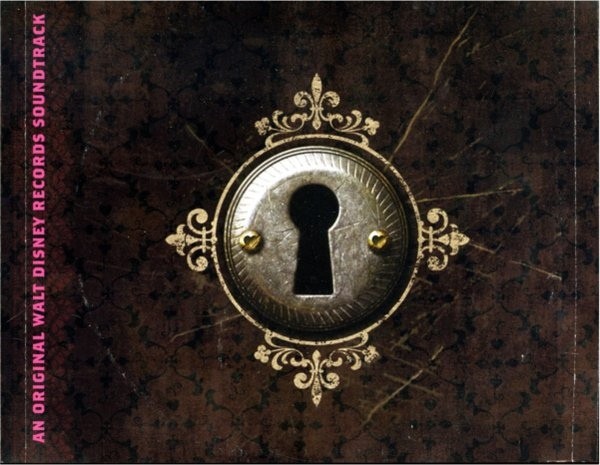 Show reviews in other languages
Alice in Wonderland - 09/10 - Review of Jason FLZ, submitted at 2011-06-26 20:10:38
The recent decade has been an interesting one for Danny Elfman. The first half was fairly good, with a few superhero projects and some Tim Burton work. The second half was a little less exciting. Elfman ended up doing various generic action projects that may well have been suited for the Media Ventures team. Very little of his talent was utilized in those projects. Fortunately, Tim Burton's Alice In Wonderland offered an exciting chance for Danny Elfman, allowing him to return to the quirky and sweeping styles that made him so well known.

'Alice's Theme' starts off the album perfectly. The theme is choral cue with a similar orchestral flow as the theme for Charlie and the Chocolate Factory. Having the choir chant 'Alice' numerously is the same, typical style you could expect from Elfman...
... and it's great. As far as utilizing the theme goes, Elfman reprises it 5 additional times and it does manage to crop up a few times throughout the rest of the score.

When Alice's theme isn't used, the music manages to continue along in a similar fashion. Alot of times, the choral work is soft and quirky, and at times it is dark and brooding. The orchestration flow very well on the album and the music does sound superb. Occasionally, Elfman does crop up some thrilling chase music complete with the choir that sounds impressive as well. My biggest complaint for the album, however, was that a large amount of the music for the film's final battle, which sounded great in the context of the movie, was left out of the score.

Alice in Wonderland is a great example of Danny Elfman utilizing the ever quirky Burton-Elfman sound to great effect. It flows amazingly and offers some surprisingly good underscore. The main theme, reappearing a number of times, is very catchy as well. For the score altogether, it's not as impressive or good as some of Elfman's earlier projects, nor is it as memorable. It is, however, a fair highlight for the composer's career. Something that Elfman fans will seriously enjoy.
World Soundtrack Awards: Soundtrack Composer of the Year (Nominee)

Other releases of Alice in Wonderland (2010):