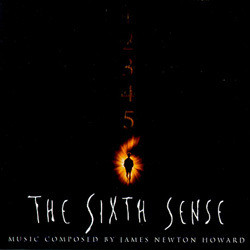 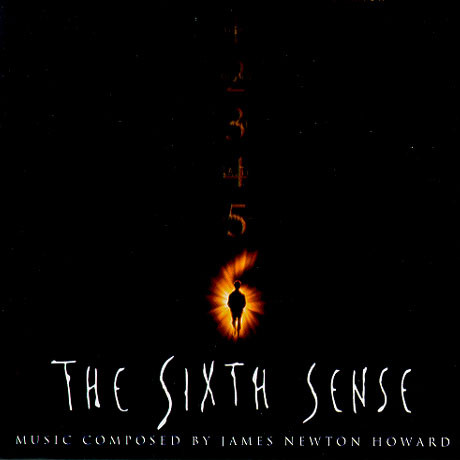 Show reviews in other languages
The Sixth Sense - 08/10 - Review of Tom Daish, submitted at 2010-09-26 20:16:46
Greeted with pretty unanimous and enthusiastic praise in the film, this score has been the centre point along with The Blair Witch Project which was to do with the relative merits of music in horror films. Whereas this was praised for its use, Blair Witch was praised for its none use of music. I have seen neither film and so can only comment on the effectiveness of Newton Howard's score on disc. As a slightly more low key follow up to his melodramatic, yet often stylish effort to Devil's Advocate, it certainly doesn't come across badly. As this is more psychological horror than in your face action horror, then the score is more like cod Herrmann than anything along the lines of The Omen or Hellraiser.

Opening with a gentle, melancholy piano theme, the music soon moves into rather marvellously evocative string writing in De Profundis. The piano theme isn't memorable in any way really, but does appear several times in the score, so that at least, unlike Devil's Advocate there is a more cohesive feel to the score. This is certainly atmosphere music, but with some above average invention, orchestration and above tuneful. While not quite being up to Herrmann levels of composing, it is a far cry from the kind of themeless synth junk that passes for moody and atmospheric so often these days. There do appear to be hints of a synthesiser, but I'm not entirely sure sometimes and can't help thinking that some of these sections are just clever orchestrations. Suicide Ghost seems to feature one of the special synthsisers that Jerry Goldsmith used in Poltergeist; kind of a metallic chime. The eerie ending to De Profundis is a notable occurrence which seems to have a high pitch synth, but is most likely a clever combination of strings and high woodwinds. The addition of a choir or synth choir (both of which are used appropriately and sparingly) always helps any horror score, although this is more gentle than Jerry Goldsmith's demonic efforts. A slightly more obscure connection were bits that reminded me of some of John Barry's harmonies in his classic score to Body Heat; faintly erotic, but a great deal more spooky and edgy.

The final cue is almost certainly the most interesting of the disc and contains some more melodic and less atmospheric music. There were a couple of points which reminded me of Cliff Eidelman's stirring Overture to Star Trek VI: The Undiscovered Country with some more forthright string passages. Like so many scores, Howard keeps it generally low key until the last when a bit more emotion and drama can be introduced. While a lot of people haven't given this score much thought on disc, I felt it was one of Howard's better efforts and while it doesn't exactly break much new ground, it is an affective and listenable psychological horror. After some of the screeching that composers use to frighten us, it's refreshing to composers other than Jerry Goldsmith can write musical, yet eerie scores to set our nerves on edge.
The Sixth Sense - 08/10 - Review of Andreas Lindahl, submitted at 2008-01-20 21:25:40
For one of the very best films of 1999 (along with The Matrix), James Newton Howard wrote a score that matches the visuals and action on screen like a glove. The Sixth Sense tells the story of a young boy, brilliantly played by Haley Joel Osment, who has the ability to see dead people. This, of course, makes the boy terrified and his life a living hell. Until he gets to know the child psychiatrist Dr Malcolm Crowe, portraid by Bruce Willis, who decides to help the boy.

Howard's score is mostly very intimate and quiet, with orchestrations based on soft strings, piano and woodwinds, and focusing on sounds and texture more than thematic material. Although there are themes, they are not that memorable and easy to spot. The Sixth Sense really is a score that is easier to appreciate if you know what the music is written for, so it helps to have seen the film. And since the film many times are downright scary and frightening, so are parts of the score, such as the dark and tensed "Suicide Ghost". It opens with a loud bang and is followed by some atonal dissonant music, which is one of the reason the scene it was written for is one of the most frightening scenes I have ever seen. This is not music that will calm you down, if listening to it late at night. Actually, few scores manage to literally scare me, but Howard's score for The Sixth Sense manages to do just that.

The Varčse Sarabande release is quite short, being just over half an hour in length. And typically the score gets really interesting - if you look at it at a thematical point of view - at the very end of the CD. The final cue, "Malcolm is Dead", is a definite highlight, which builds to a wonderful emotional climax, performed by the entire orchestra, supported by subtle, wordless choir.