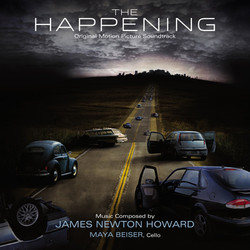 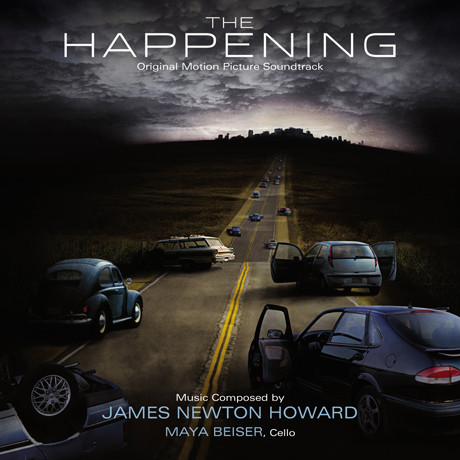 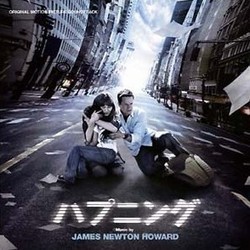 Show reviews in other languages
The Happening - 07/10 - Review of Tom Daish, submitted at 2010-09-26 20:10:05
I realised when embarking on this review that I've not written on anything by James Newton Howard since 2006, that being for his score to Shyamalan's last effort The Lady in the Water. It's a film I've still yet to see, but judging by the reviews, I'm not going to be tripping over myself to get it. He's written a few nice scores in the interim; I Am Legend went down well, Michael Clayton got an Oscar nod (although possibly the least interesting Oscar nominated score, Howard has written far worthier works) and upcoming in 2008 is his second collaboration with Mister Zimmer on The Dark Knight which, hopefully, will be more interesting than their first Batman score. It's funny; film music fans with whom I chat on MSN are always asking me what I'm looking forward to and for summer 2008, the only thing I could think of was Indy 4 and (when prompted), Wall-E by Thomas Newman and, erm, ok, I'm out again. One score I completely overlooked was The Happening. Shyamalan might be getting worse and worse (although The Happening could be good, but there have been a lot of fairly good end of the world type films recently), but Howard's work remains one his films' strongest asset. If The Happening doesn't rank with the best, then it's certainly worth a listen.

One notable thing about the cover is the prominent credit of Maya Beiser on cello. Beiser's contributions are certainly very enticing, although not quite as crucial as the violin solos of The Village. However, when brought to prominence, they are certainly add a little extra dramatic weight to an already haunting (properly this time) score. Cues such as the exquisite Main Titles and Princeton weave the solos in and about the rest of the orchestra, although The Happening is, for a large part of its running time, a horror score. Howard just about manages to avoid the cliches of modern horror composition. Sure, there are icy, high end strings (My Firearm is My Friend) and the odd thunderous crash (the end of Princeton and the opening of Shotgun) but he's too classy a composer for it to descend into the unbearable. Shotgun, in particular, actually turns quite lyrical in a Bernard Herrmann kind of way and is a distinct highlight. The aforementioned My Firearm is My Friend is more akin - albeit in a very superficial way - to Williams' Close Encounters than the stream of forgettable horror scores that seem to be pouring out of Hollywood at an alarming rate.

There are some fine action cues, notably Evacuating Philadelphia and parts of Mrs Jones (otherwise twinkling, mysterious piano) which don't sound a whole lot like anything else by Howard (in a good way), but almost feel like intrusions from the otherwise fairly chamber like fragility of the majority. Be With You is a last minute highlight and one of the warmest moments of the entire score. It's followed by what is a rarity these days, a superb End title Suite, wrapping up and actually turning the major thematic material into something new, not just editing other tracks together. Like Thomas Newman's superb conclusion to All the Little Children, it's a stunning way to finish, resolving the album perfectly and is a ready made concert suite worthy of performance in its own right. Compared to the memorable tunes of Lady in the Water, The Happening is too dark and low key to make for such enjoyable listening, despite the melodically strong highlights. Even compared to Signs or The Village, it isn't quite up there. The cello solos are a great touch, but it doesn't quite have a 'thing' that makes his other Shyamalan scores stand out. Having said that, the moments of lyrical beauty in amongst the more dissonant moments make it entirely worthy of recommendation.
Filmmusicsite.com Awards: Best Original Score (Nominee)