Lady in the Water 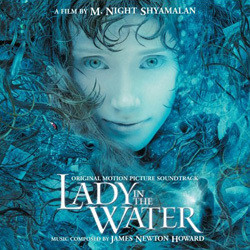 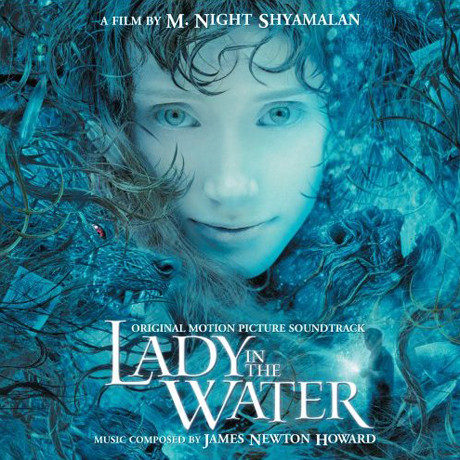 Show reviews in other languages
Lady in the Water - 08/10 - Review of Tom Daish, submitted at 2010-09-26 20:11:34
The description of Lady in the Water, M Night Shyamalan's latest flick, makes it sound unremittingly awful; a daft story that changes its internal logic every few minutes and replete with the kind of silly names that even George Lucas would have discarded. Fortunately for film music fans, M Night Shyamalan almost certainly means a great James Newton Howard score and so it is here. I have been in two minds over whether to tone down by glowing review of Howard's King Kong, which, while a fine effort, feels ever so slightly hollow after repeated listens. However, Unbreakable, Signs and The Village are all uniformly wonderful, with Howard channelling a more minimalist tendency and, in the case of the latter, some terrific autumnal moods and a sense of mystery that the film never really mustered on its own.

By all accounts, Howard had to work hard to give credibility to Lady in the Water, but he clearly relishes his Shyamalan ventures (indeed, they are largely nothing like anything else in his ouvre) and has apparently taken the Goldsmithian approach of writing for what the film ought to be, rather than what it is. The start is especially strong; the Prologue introduces the fetching, if rather brief, main theme, but again it's more the atmosphere and orchestral colour which is especially enchanting. The mixture of repeating patterns and delicate chorus conjures up beautiful, mysterious world of water. Fortunately, Howard doesn't use the chorus all that often so its appearances are welcome, rather than another later of aural stodge; things are kept light, but even the gentlest passages, such as The Healing, never resort to mindless, atmospheric noodling.

The film's villains (dogs covered in grass - I'm not making this up) are given a suitably ominous three note motif which Howard uses in a different way each time. It's clearly the same motif, but all the subtle variations keep it continually fresh. Of course, as with all good (and bad) fairy tales, good triumphs and so it is in The Great Eatlon, the dramatic and spine tingling finale which packs a more significant punch in its few minutes than King Kong's protracted finale. The gentle End Titles give way to four Bob Dylan covers which are fine enough, although I can't say I've ever been a great Dylan fan although. The arrangements are distinctly distant from the originals and may bug purists. Even if Shyamalan has started to turn into a self parody, Howard continues to produce some of the finest scores coming out of Hollywood and Lady in the Water is another winner. Highly recommended.
Lady in the Water - 10/10 - Review of Andreas Lindahl, submitted at 2008-01-20 21:25:40
Although M. Night Shyamalan's movies are getting worse and worse, Howard continues to provide the films with scores of high quality and craftsmanship. His music for Lady in the Water is no different. Like all of his previous scores for Shyamalan's movies, his score for the movie about a superintendent, played by Paul Giamatti, who finds a mysterious young woman in the pool of his apartment building, is intimate and lowkeyed, with a touch of Bernard Herrmann. It's also one of the very best scores of 2006.

Firmly rooted in the minor scale, Howard bases pretty much the entire score on a generous dose of string ostinatos, with various patterns emerging and disappearing, sometimes taking over the entire stage, other times just drifting by. The excellent "The Party" and "Charades" is a perfect example of the kind of techniques that permeates the score. Clocking in at around six minutes respectively, these cues are packed with string figures and pulsating woodwinds, supported by sustained brass chords, piano, subtle percussion and an occasional cello line. Like the majority of the score, it shimmers and vibrates, creating an ethereal sound that is both soothing, suspenseful and mysterious. Glockenspiel, chimes, female choir and harp weaves a soft, mysterious pattern, that's almost hypnotic at times, but always very, very beautiful, but sometimes turning dark and agressive, like the middle section of "The Party" which features a dissonant outburst by brass.

"Ripples in the Pool" is a joy to listen to, with its lovely flute and piano solo, while "The Blue World" and "Great Eatlon" includes the most grand and bold music this score has to offer. The latter cue, especially, is a definite highlight, with some amazing writing for muted brass, dissonant strings and choir, which evokes memories of King Kong and Dinosaur, as well as a wonderful statement of the score's simple but oh so beautiful main theme.

Lady in the Water is a very solid score and perhaps the finest score Howard has written for a Shyamalan movie ever.
Lady in the Water - 10/10 - Review of James Pickering, submitted at 2006-09-19 00:04:56
I agree with all the other reviewers on various film score websites. This is by far the best score I’ve heard this year and another highlight in the James Newton Howard/M. Night Shyamalan collaboration.

It’s incredibly beautiful and haunting, and I don’t know how anybody could be bored by this score. I love how JNH always composes simple yet dramatic and suspenseful music. Even if it does contain elements of his previous scores for Shyamalan films, if it works, USE IT! It still works this time, and sounds amazing yet again. Most scores that come out today are so loud and directionless, with no emotional core. This score just completely hypnotized me and I felt like I was being told a really fantastical story. It has great themes and wonderful orchestrations where Howard combines all different kinds of instruments and even a choir to give the score a life of its own. I really love JNH and Shyamalan, and continue to look forward to their upcoming projects.
Filmmusicsite.com Awards: Best Original Score (Nominee)