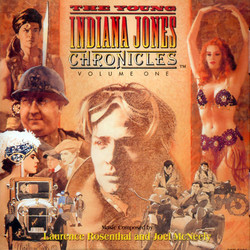 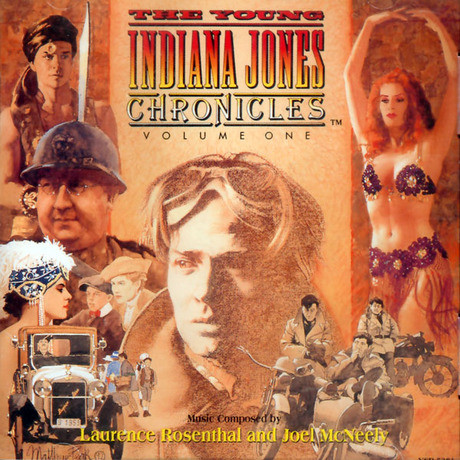 The Young Indiana Jones Chronicles - Volume 1 - 08/10 - Review of Tom Daish, submitted at 2010-09-29 22:37:28
Although usually considered as a Spielberg creation, it should not be forgotton that Indiana Jones was produced by George Lucas and while Speilberg had his Amazing Stories, Lucas' big budget television effort resulted in the Young Indiana Jones Chronicles. For some reason, the series never really took flight and was eternally unpopular. Here in the UK it was put on at such strange time slots and so eratically that it was difficult to catch it and as such I have only seen a handful of episodes. What I did see was certainly a charming and entertaining series. There was no strict formula to the show, but rather than produce just fantasy adventures like the feature films, this was more down to earth with romance, comedy, war (most notably the First World War) and the odd sprinkling of historical characters that Indy evidentally had the fortune to meet. There was the occasional popcorn installment, but on the whole Lucas was trying to approach this as an entertaining history lesson. Perhaps it was just a bit too close to real historical events for the average viewer who wanted a bit more escapism. Still, I am extremely disappointed by its failure.

The production values of the show couldn't be faulted in any way at all and featured the kind of globe trotting that even some feature films can't afford. The chances of John Williams coming back for episodic television no matter how big the budget were pretty small, but Lucas handed the assignment between Joel McNeely and Laurence Rosenthal. The former cut his compositional teeth on the show while the latter has only enjoyed modest success as a film composer. His superb work here makes me wonder why this is the case. Rosenthal wrote the series theme tune which is absolutely perfect. It suggests Williams' original with its syncopated rhythm, but is more playful and well, less adult. The album version expands it out a little from the original version used in the show and makes a great overture to this first album.

Despite the big budget, the music was not recorded in America and so the lack of reuse fees enabled Varese to release four extremely generous albums. After the Main Title we have McNeely's Verdun 1916 which is a mixture of thrilling action and melancholy reflection. Remebering Verdun introduces the mournful piano melody which is repeated a couple of times during the score. It suggests, but does not exactly quote Beethoven's Moonlight piano sonata and is given some gentle string accompaniment. Race to the Front however features some exciting and very percussive action music. The action is given an extra boost later on with the inclusion of a choir which really does give the entire score much greater scope than one might expect.

While Verdun is very serious and dramatic, Rosenthal's Peking 1910 starts out in rather more bouyant style. After a lovely introduction of Randy Newman style Americana, it gives way to some film music imitation Chinese music. The Chinese aspect isn't over done too much, but just gives the right feeling of place. It certainly compares favourably with some of the lighter sections of Jerry Goldsmith's epic Mulan. As suggested by the title, Indy is Ill is a fairly serious and the music takes a more dramatic turn. The Long Night of Dr Wen Chi-iu re-introduces the eastern elements, again the orchestration being somewhat along the same lines to Goldsmith's Mulan.

Halfway through the feel of the album takes a much more upbeat turn and Paris 1916 is a bubbly, frothy score that has few pretensions to anything serious. Starting out with a lithe waltz it bounces its way through the typical Parisien cafe atmosphere in a way that is totally forgettable, but utterly charming. The waltz theme forms the main theme for the rest of the score and is interjected with the typical accordion riffs, some gorgeous romantic interludes such as Parisian Stroll as well as the odd bit of humour such as Afternoon Tea. This is the kind of music that even the great Georges Delerue would have been proud of. Such sincerely charming music is hard to come by these days and it makes a lovely alternative to the more dramatic first half of the album.

I suppose Barcelona 1917 is a kind of Spanish equivalent to McNeely's Paris outing. Of course, this time it's Rosenthal and this time it's Spain. There are occasional helpings of local colour in selections which suggest Bizet's (in)famous Carmen as well as Rimsky-Korsakov's wonderful Capriccio Espagnol. By the sounds of it, this particular story was a bit of a farce and so much of the music is rather tongue in cheek, but there are a few sincere romantic selections toward the beginning and end. The Contessa is a joyous and extended cue that features much bouncing around the orchestra as well as some bracing, lively, brassy and full blooded Flamenco sequences.

One would be hard pushed to find television music of this quality in a program of a similar nature. There isn't a slavish attempt to maintain total musical continuity. The differing locations each episode provide a chance to write in different musical idioms and remarkably aren't as horribly cliched as they might be. The peformance by the Munich Symphony Orchestra is always superb and the recording catches almost every nuance of all the scores. The length of the selections is just about right for each episode and seems to feature a good cross section of the ideas for each score. I suppose the only downside is that there isn't the thematic continuity for a totally satisfying album, but this is the kind of music that one can just enjoy on its own terms and admire the hard work of two very talented composers.