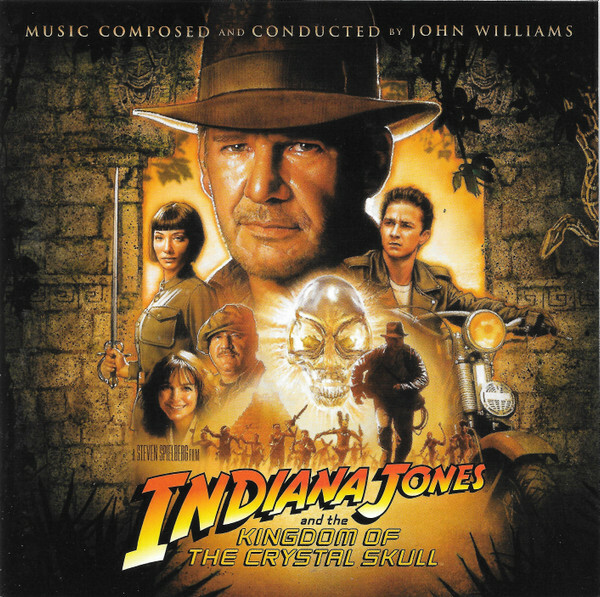 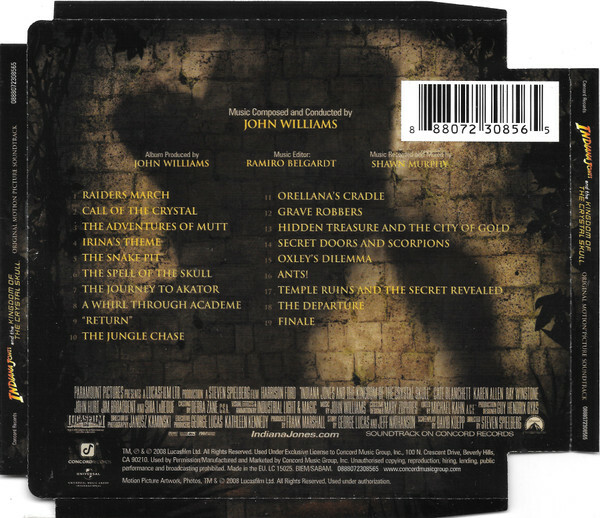 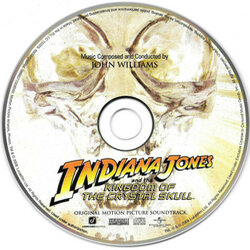 Show reviews in other languages
Indiana Jones and the Kingdom of the Crystal Skull - 09/10 - Review of Tom Daish, submitted at 2010-10-02 12:56:04
So, here we are, nineteen years later and Indiana Jones is back to crack the whip of archeology once more. To be honest, I never actually thought it would happen and, strangely enough, part of me almost didn't want it to; for every successful resurrection of a franchise (Rocky, Bond and on TV Doctor Who), there have been plenty of crap ones (Rambo, Alien, Predator). However, while Lucas may be the producer, pretty much all of Indiana Jones' success is down to Steven Spielberg and the charisma of Harrison Ford. Of course, it's never wise to underestimate the contribution John Williams has made to the features of both Lucas and Spielberg. So many new film serials have started in the interim, but how many of those have themes that are recognised by the general public? I love Elfman's Spider-Man scores (still seemingly rather under appreciated by so many film music fans) but who seriously knows anyone who'd recognise the theme out of a line up? Danny Elfman is a fantastic composer, but having annoyed all of my work colleagues unconsciously whistling the Raider's March, almost every one of them over the age of 25 recognised it. This is a theme that is from a film made (scarily) 27 years ago. Now I feel old.

In terms of gaps, the one between Last Crusade and Kingdom of the Crystal Skull (henceforth Crystal Skull)) is the largest in any series Williams has scored. Even the one between Return of the Jedi and Phantom Menace was only 14 years. However, the Indiana Jones films aren't really a continuing story and the diversity in the styles of the scores reflects that, only the Raider's March being an essential component of all, well, all four. Having said that, there seems to have been a strong will to make Crystal Skull rather more self referential and so, not only does Marion's theme get reprised, but there's even a snippet of the Ark theme at the beginning of The Spell of the Skull. The Skull itself gets a simple, but very effective three note motif, harkening back to The Fury; simply but effective. Other major new themes include Irina's Theme, for the villainess, which is again effective, although the titular fourth track is a bit too brief to go down as one of Williams' great concert pieces, indeed it's best appreciated in amongst the end credits.

Perhaps the most memorable new melody is that for Mutt, notably in the delightful Adventures of Mutt and later on in The Jungle Chase. It's another youthful offspring of the Raider's March - as, I'm sure, was the intention, although rumours of the character being Jones' son are untrue. It makes a great companion to the young Indy sequence from the start of Last Crusade and Laurence Rosenthal's infectious theme for the Young Indiana Jones Chronicles. Both of the aforementioned cues are light in tone, as is A Whirl Through Academe, even The Snake Pit is surprisingly upbeat, only with Ants! is the action of a rather darker quality. Indeed, the album is one of fairly distinctive halves, a largely upbeat first half (save for the brief intrusions of the Skull and Irina's Themes) and a much more brooding second half. It does have the somewhat unintended side effect of the album seeming to tail off a touch in the second half and cues such as Secret Doors and Scorpions and Oxley's Dilemma being suspenseful and creepy, but a little aimless. Indeed, there's more than a hint of Williams' very intense writing for War of the Worlds here and on occasion elsewhere.

Naturally, the album concludes with a massive blowout of the Raider's March, Irina's Theme, together with a little action version of her melody (surprisingly effective) not elsewhere on disc, perhaps from an otherwise unreleased action cue, which has a witty flute passage strangely reminiscent of Giacchino's Ratatouille, plus Mutt's Theme and a concluding version of the Raider's March with some fun new counterpoint and a new finale. Perhaps the only disappointment is that Williams' melodic segues aren't what they used to be and the joins aren't so seamless as they once were. It's hard to pitch Crystal Skull in the Indiana Jones pantheon; the references to the previous entries and other Williams' works in particular. Mutt's Theme has a few riffs strongly reminiscent of Hook, no bad thing, but a touch distracting when the original trilogy scores were so distinctive. Crystal Skull is almost like the ultimate Williams blowout, containing elements from scores from The Fury, to stylistic flourishes that only came about with his Star Wars Prequel and recent Spielberg scores. It may not be his most original score of the past decade times, but it's great to hear Williams having such a great time and when scores for similar films have been so mediocre, it's great to be reminded of what a film music master can do.
Filmmusicsite.com Awards: Best Original Score (Nominee)

Other releases of Indiana Jones and the Kingdom of the Crystal Skull (2008):