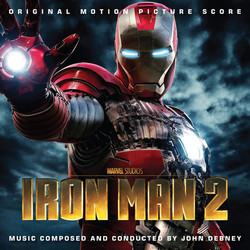 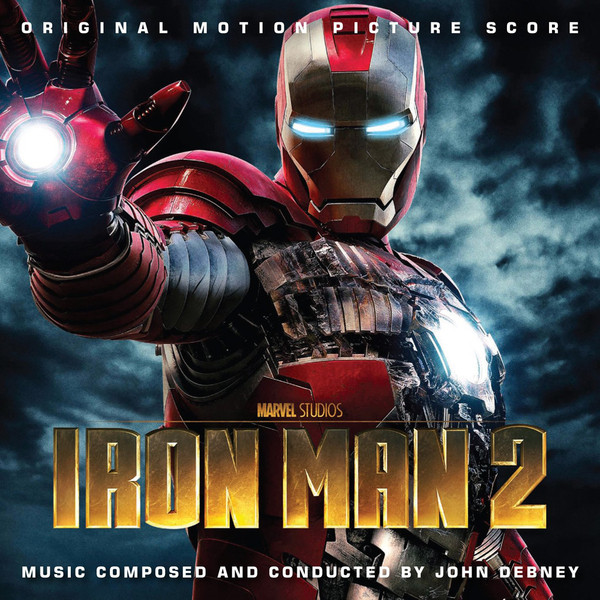 Hide reviews in other languages
Iron Man 2 - 08/10 - Review of Edmund Meinerts, submitted at 2010-10-09 19:07:41 (English)
The only reason why 2008s Iron Man wasnt the best superhero film of the year is because The Dark Knight came out soon afterwards, which is a shame, because it led to the former being slightly overshadowed by the immense hype of the latter. It was the mainstream breakthrough for Robert Downey Jr., an immensely talented actor who had appeared mainly in dramatic roles up until then. His neurotic portrayal of Tony Stark (the eponymous Iron Man ) was enjoyable and popular enough, though, that a sequel was not long in the offing, so here we are, two years later, faced with the imaginatively-titled early-summer romp Iron Man 2.

Hans Zimmer associate Ramin Djawadi scored the first film with nasty attitude, sacrificing any orchestral or thematic depth whatsoever in favor of a hard-nosed rocking sound with plenty of distortion guitars. While popular amongst the movies fans, film score community scorned the score with the usual complaints of Media Ventures repetition and overly simplistic structures. While it wasnt an awful score in my opinion  it did provide the film with a very unique voice considering the orchestral Danny Elfman sound that had dominated many superhero scores up until that point  it didnt provide Tony Stark with any sort of lasting identity. For the second entry into the franchise, director Jon Favreau called in his longtime collaborator and consummate professional John Debney.

Debney took the predictable, but ultimately appropriate avenue of taking Djawadis grungy sound and bolstering it with significant orchestral and choral depth, leading to a larger scope that still retained the franchise identity. This becomes apparent immediately in the first track, arguably the scores strongest: Ivans Metamorphosis. The atmospheric deep choral buildup in this pieces first forty seconds is an instant indication of the direction this score is trying to take. The first cue really takes off in its second half, with the extremely deep male choir (faintly echoing Hans Zimmers 90s sound from things like Crimson Tide ) giving the films Russian nemesis Ivan Vanko an identity both ethnically fitting and wonderfully ominous.

Unfortunately, Ivans material is the best-developed in the entire score, making reappearances in Senate/Ivan Creates Drones, Monaco, subtly in Jailhouse Talk and with finality in Ivans Demise/The Kiss, though none of these statements are as enjoyable as that in the first cue. The fact that the villain receives the most coherent thematic treatment unmasks this scores greatest, possibly crippling, weakness: it doesnt give Iron Man the thematic attention he, as a comic book hero, unquestionably deserves. Djawadi at least had a pounding rock progression for Tony Starks most badass moments. What Debney does have is a heroic theme taken straight from the pages of Jerry Goldsmith (specifically Total Recall ) that makes two token appearances: at the end of Mayhem in Monaco and in I Am Iron Man. Debneys intent is clear: he wanted to hold back the heroic theme until the end of the film, much in the way David Arnold did for the Bond theme in Casino Royale. The trouble is, the Bond theme is so iconic that it felt like a reward at the end of the origins-focused Casino Royale, a maturing of the character into the James Bond everybody knows. Debneys Iron Man theme, while quite good in its own right, cant have the same impact because nobody knows it yet.

The result of this thematic nebulosity is that Iron Man 2 is quite anonymous and unmemorable for significant portions of its length. Its better moments, therefore, are left to the supporting themes. This can easily be seen in the comparison between the two longest action cues: Mayhem in Monaco in the middle of the album, and Iron Man Battles the Drones towards the end. The former contains lots of thematic bits and pieces, from weighty Ivan material at the beginning to the triumphant first appearance of Iron Mans theme at the end, tied together by aggressive, Brian Tyler-like rock/orchestral hybrid action music. The latter is similarly aggressive and probably equally enjoyable as a standalone listen, but suffers due to a lack of thematic cohesiveness.

Further limiting the scores flow is material for Tony Starks father and the legacy of Stark Industries he left behind. Found in Make Way for Tomorrow/Expo Version, the middle of New Element/Particle Accelerator and the final track, Make Way for Tomorrow Today, its a throwback to the early-Disney days of optimistic wonderment (and is indeed based on a theme written by Dick Sherman, who wrote tunes for Disneyland theme parks). The last of the three even contains English-language lyrics for full chorus. While well-adapted and a testament to Debneys diversity, this material is at total odds with the rest of the score, especially the harsher metal cues like House Fight V1, Gun Show and the two Sledgehammer tracks, all of which will appeal to fans of Djawadis original score and deter those who disliked it.