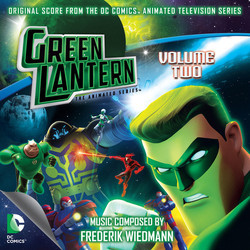 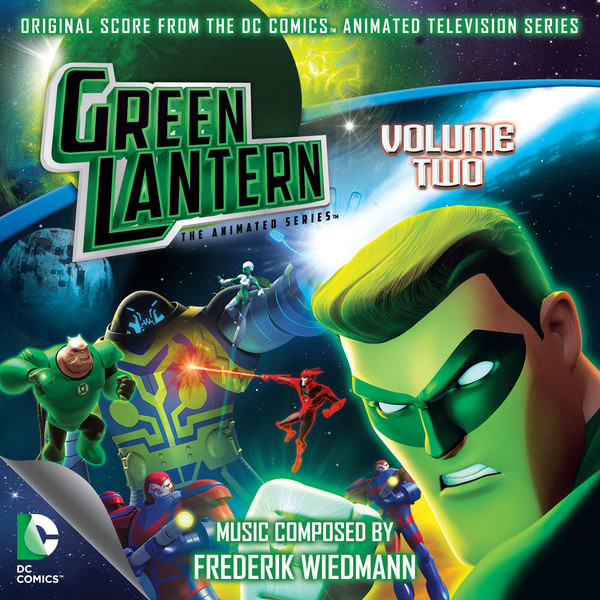 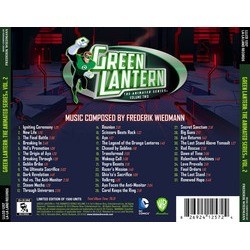 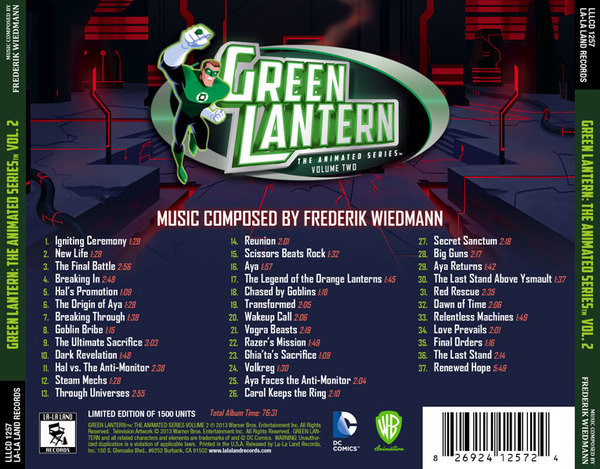 La-La Land Records and Warner Bros. Animation proudly present the original animated series soundtrack, GREEN LANTERN: THE ANIMATED SERIES: VOL 2, the second collection of original score from composer Frederik Wiedmann (MIRRORS 2, JUSTICE LEAGUE: THE FLASHPOINT PARADOX). Wiedmann continues the sensational musical journey he began on the first season of GREEN LANTERN, further exploring the core of this acclaimed series’ rich characterizations and supersized action as it charged into its second and final season. Produced by Widemann and mastered by Doug Schwartz, this jam-packed compilation (more than 75 minutes!) features the very best of the exciting rest of GREEN LANTERN: THE ANIMATED SERIES! This is a limited edition of 1500 Units.