Batman: The Brave and the Bold 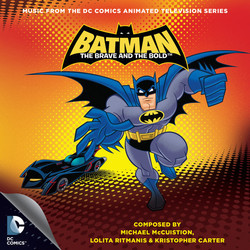 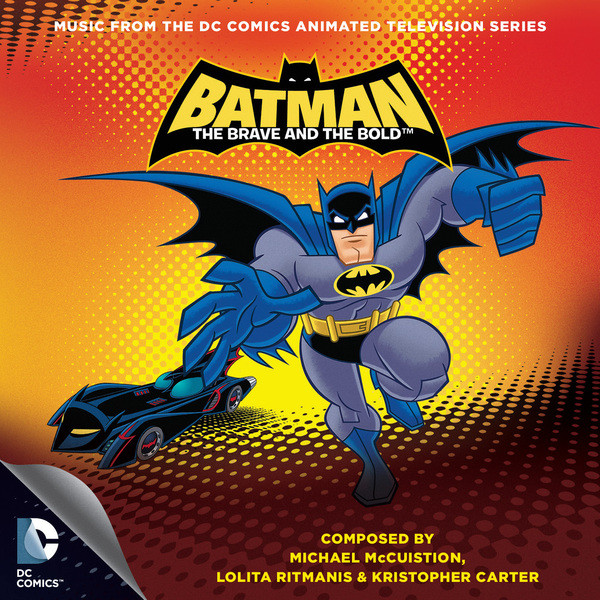 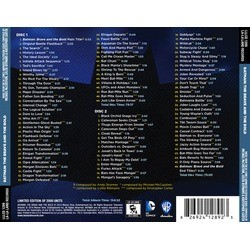 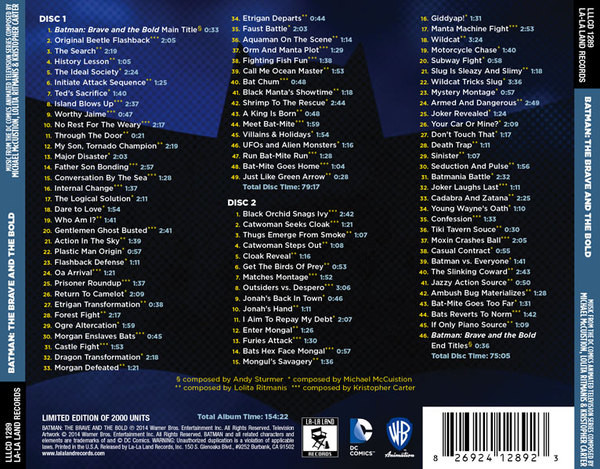 La-La Land Records and Warner Bros. Animation present the original score to the animated television series BATMAN THE BRAVE AND THE BOLD. Acclaimed composers Michael McCuistion, Lolita Ritmanis & Kristopher Carter (SUPERMAN THE ANIMATED SERIES, BATMAN BEYOND, YOUNG JUSTICE) craft the perfect musical backdrop for this wildly inventive, riotous and retro-tinged Caped Crusader series that has quickly amassed cult status since its initial airing on Cartoon Network. Notable for its jazzy crime riffs, this expertly pitched score also brims with infectious themes and heart-pounding action cues. Produced by the composers and mastered by Doug Schwartz, this limited edition of 2000 units features exclusive, in-depth liner notes by film music writer John Takis and Bat-riffic art design from Dan Goldwasser. Simply put, this is a sensationally fun musical experience from one of the most unique incarnations of BATMAN ever produced.