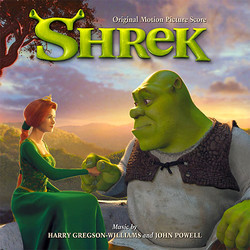 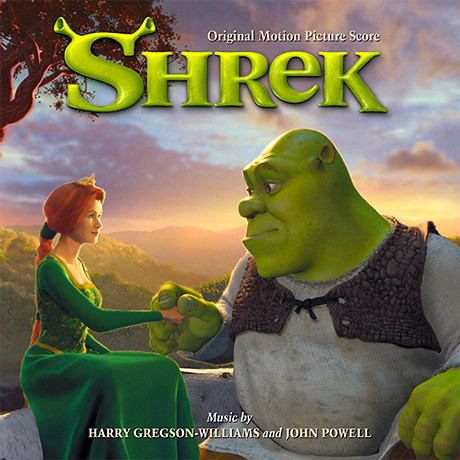 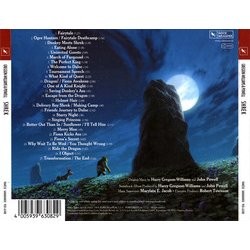 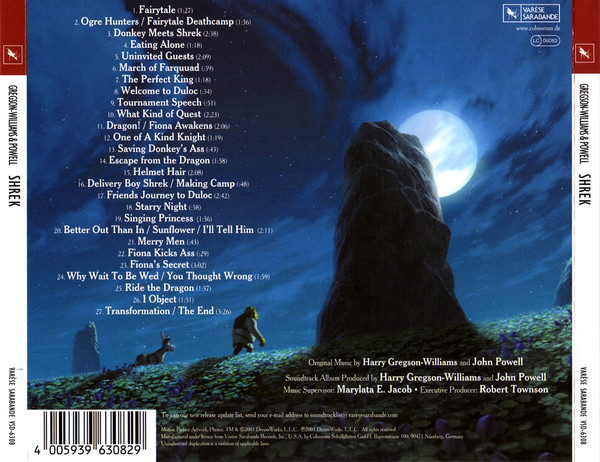 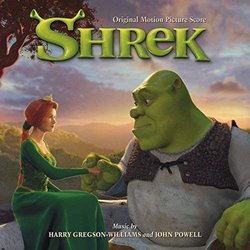 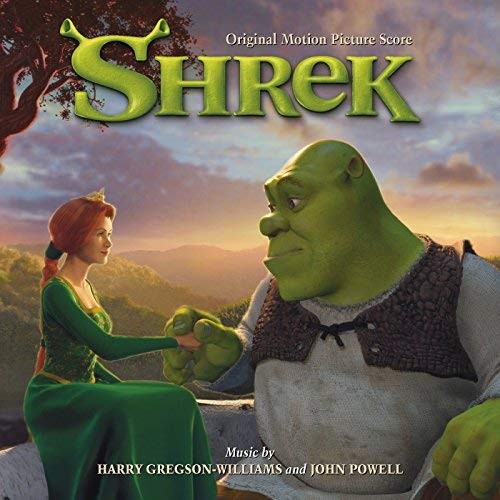 Show reviews in other languages
Shrek - 06/10 - Review of Andreas Lindahl, submitted at 2008-01-20 21:25:40
Talk about hyped score. The way people raved about John Powell and Harry Gregson-Williams' score for the entertaining, computer animated film Shrek made it seem like this is the score of all scores. The fact that Dreamworks didn't plan to release the score on CD, instead deciding to market the film with the help of a song dominated soundtrack, made the score even better. You see, it's more interesting to long for a score you can't have, than for a score you easily can pick up in your music store. Or so it seems anyway. Luckily, Varése Sarabande came to the rescue, releasing a score only CD quite some time after the films premiere. Film music fans were drooling all over the place, of course. I, however, honestly don't understand what the fuss is all about. In fact, compared to the previous scores, Antz and Chicken Run (two scores I really enjoy), by the composer duo, Shrek is rather weak. At least on CD. Because in the film, Powell and Gregson-Williams' music works really well. Heck, in some scenes it even kicks serious butt. But that's the score as heard in the film. On CD, we get a score that revolves around some excellent material and ideas, but is far too schizophrene and presented in cues that basically are too short to be really good. There's nothing wrong with the actual music, but the way it's presented on the soundtrack CD makes the listening experience somewhat annoying.

But the themes... oh, they're good. The theme for Princess Fiona is probably what most people remember from the score. It opens the film, performed on flute, and is heard throughout the entire score, performed mostly by strings, woodwinds or choir. This theme was originally supposed to be Shrek's theme, but the directors found it too sweet and fairy tale sounding, so the composers' repackaged it as Fiona's theme instead. There's also a couple of beautiful themes for the more reflective and quiet moments in the film. Performed by guitar and cello, these can be heard in "Eating Alone", "Friends Journey to Duloc" and a couple of other cues as well. The more heroic antics of Shrek, Donkey and Fiona are often underscored by a brassy, fanfare sounding little ditty, that really is allowed to shine, performed by full orchestra and choir, in cues such as "Ride the Dragon" and "Escape from the Dragon", the latter, packed with electronics, being very reminiscent of David Arnold's music for the Bond films. Great stuff. There's also the dark and over the top march for Lord Farquuad, dominated by chanting choir and organ. So, when it comes to themes, the score is indeed very well equipped. But the short cues make it hard for the two composers to really develop the themes and other ideas. Annoying. You won't find cues such as the excellent "Building the Crate" from Chicken Run in Shrek. Mostly because the nature of the film doesn't allow it.

The CD also includes two songs from the film. There's "Welcome to Duloc" and "Merry Men", both really silly and quite entertaining, although quite distracting, actually, since they both interrupt the flow of the score.
Shrek - 06/10 - Review of Tom Daish, submitted at 2010-09-13 00:16:05
Up until Harry Potter, Shrek was the family film of 2001 and to be honest, is probably a better entertainment than the worthy, but occasionally leaden Harry Potter. In yet another up yours to Disney, Shrek truly trounced Atlantis in the animated film stakes. Its remarkable CGI animation is every bit as good as Pixar's work and in some ways, more natural looking. It also turned the fairy tail genre upside down and with plenty of below the belt jokes at the expense of the House of Mouse and an unlikely, but likeable hero, it's hardly a surprise it did so well. As Randy Newman is doing for Pixar, John Powell and Harry Gregson-Williams are doing for Dreamworks and after the success of their score to Antz their return for Shrek was a welcome certainty.

Unlike Antz, Shrek contained a fairly decent number of pop songs, although thankfully avoiding too much bland teeny pop and containing a some edgier rock songs that worked really well. As a result, the score itself is a little more fragmented, but is certainly not without its moments. The main romantic theme is quite inspired; a quasi medieval lullaby that suggests a distant time in the past with a sad, wistful quality that is really quite wonderful. It appears often enough to be remembered, but not to the point of distraction, although it would have been nice if it could have been developed a little further.

The songs do dominate in the film and only a few sections of the score actually stood out in context. One particularly memorable passage was the fight with the Dragon which pitches some more typical Media Ventures style brass and synths. Powell and Gregson-Williams seem to be about the only composers aside from Hans Zimmer that are able to pick up the style and run with it and the result is quite spectacular, particularly the rather funky - a few 70's guitar riffs in there somewhere - Escape from the Dragon. Again, the only downside is that these cues are a little short and seem to be over before they've begun.

The comedic musical interludes are included here; the very silly, but quite pointed satire Disneyland welcome song, Welcome to Duloc and the silly, but fun Merry Men which still makes me wonder why they made Robin Hood French. Most curious. Also, Princess Fiona's duet with a bird is included, although without the visuals, the joke is rather lost, but still an amusing twist on the main theme. Not quite in the same league as either of their previous efforts, almost entirely attributable to the shortness of some of the cues. Having said that, there are plenty of highlights and once more demonstrates that composers really do have much more fun and use more imagination when let loose on family films than the latest testosterone filled drivel.