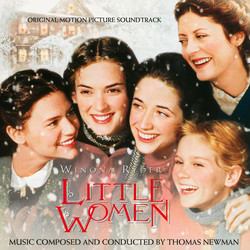 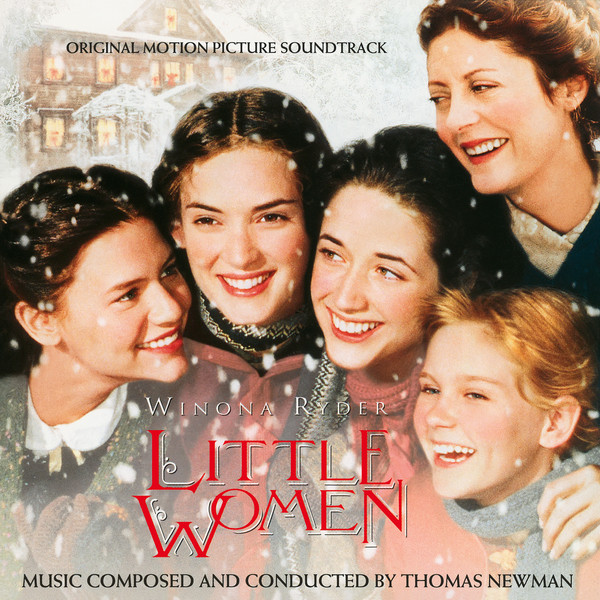 Show reviews in other languages
Little Women - 09/10 - Review of Tom Daish, submitted at 2010-10-02 10:56:10 en
One only need listen to a score such as Little Women to know why there is sometimes frustration at Thomas Newman's musical choices. I often bemoan the dullness of scores for talky dramas such as this, but Newman is an expert at them, but usually the characters are tortured souls and his music is inventive and disturbing and not always an enjoyable listen. However, Little Women is a much sweeter story of much more amiable characters, with only sporadic moments of darkness. Given that period settings don't lend themselves well to overtly modern scores, this means Newman is at his most traditional, fragile, elegant and tuneful. When writing for traditional orchestra, Thomas Newman (together with long time orchestrator Thomas Pasatieri) is one of film music's most subtle of orchestrators and Little Women is a prime example.

Unlike the more solid string sound in most film music, Newman's is almost always delicate and glassy - I've used the description many times for his scores, but I can think of no better. This is not to say the score is sterile or cold, there is a superlative mixture of warmth and a touch of melancholy. That combination is one of Newman's other greatest dramatic strengths and always prevents even his most buoyant scores (of which this is one) from becoming maudlin. Little Women is also blessed with an array of wonderful tunes and motifs, whether it be the memorable and surprisingly brassy main theme, introduced in Orchard House or the number of little ideas that Newman works into musical vignettes, notably the delightful scherzos that litter the score, Snowplay and Learning to Forget in particular. There is one break from the gentle mood and that's the pleasingly exuberant variation on the main theme during New York, a resplendent travelling cue, evened out by a quieter final minute.

Under the Umbrella reprises the main theme for a glorious End Title suite, which bookends the album perfectly. The four tracks not by Newman aren't too intrusive, generally being too short to alter the mood greatly. While scores like The Salton Sea and In the Bedroom are Newman at his most creative, they are hard work as a listening experience. I'm not opposed to inventive and modern music, but sometimes the invention ends up missing one of the most important aspects of music and that's to emotionally engage with the listener. On that count, Little Women is one of Newman's most successful efforts and unfailingly delightful.
Little Women - 08/10 - Review of Andreas Lindahl, submitted at 2008-01-20 21:25:40 en
I like Thomas Newman best when he writes orchestral scores with strong themes. The Shawshank Redemption, How to Make an American Quilt. And Little Women. All very personal and relaxed scores for character driven dramas. This is what he does best.

Little Women is perhaps the most classical of these scores. Not that strange since the film takes place in the 19th Century, while the films mentioned above, plus The Green Mile and Road to Perdition, takes place during or around the depression in the 30s. This allowed Newman to write some excellent quasi-classical music, such as the grand "Orchard House (Main Title") cue and the equally grand and splendid "New York". Terrific brass fanfares supported by timpani and lively strings and woodwinds. This is also were Newman's main theme is allowed to shine.

But it is the more lyrical and restrained parts of this score that one really remembers. The beautiful "Spring" presents a wonderful waltz-like theme performed by strings. It's a typical bittersweet Newman theme, similar to what he wrote for How to Make an American Quilt and shows up again in cues like "Amy Abroad". Just wonderful. "Letter from Jo" features some lovely writing for oboe and strings. No one can write for the oboe like Newman. And Tom's typical string writing appears in cues like "Valley of the Shadow", which also includes one of the scores' many piano solos. Really nice.

The soundtrack CD also includes classical pieces from the 18th and 19th Century, such as the charming little "La Fayette's Welcome" by Frank Johnson, but it is Newman's lovely score that one remembers afterwards.
Oscars: Best Original Score (Nominee)