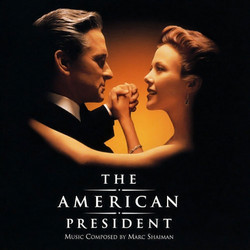 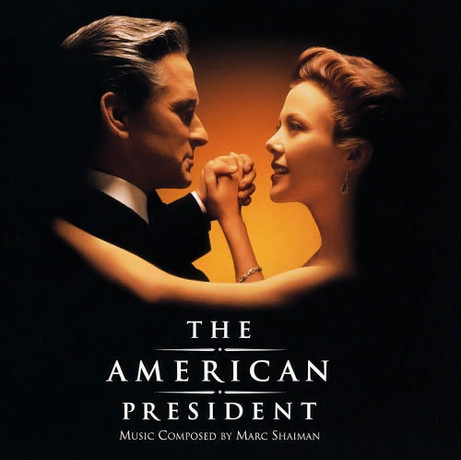 Show reviews in other languages
The American President - 08/10 - Review of Tom Daish, submitted at 2010-10-09 11:45:11
Although a good score in its own right, Shaiman's score was made famous by being featured in the trailer for Spielberg's Saving Private Ryan. I suspect the noble patriotism and warm orchestration struck a chord over the trailer images with many viewers. In fairness, Shaiman's theme is perhaps just a little sentimental for Spielberg's harder edged film, even if it sold the film at the trailer stage. The main theme is introduced in the Main Titles, with rich horns, strings and trumpet working in an almost John Barry type orchestration, even if the thematic and harmonic styles are unmistakably Shaiman. The 'secondary' theme is a more romantic descending melody that actually takes up a greater proportion of the score; even more sentimental and arranged in a variety of guises from the fainly predictable plinking piano rendition to swelling orchestral performances, all of which are quite lovely. There are occasional glimpses of the more dramatic, such as the bouncy Meet the Press, but the overall tone is relaxed. Shaiman even manages to throw in a little WW2 style lilting jazz in The State Dinner which makes for a nicely placed diversion from the full orchestra.

Most of the first two thirds or so is variably low key and gentle, twinkling with nostalgia and romance. However the final few cues become bolder, with the main theme becoming more prominent, before the End Titles reprise all the major material for a lovely closing coda to the album. This is not difficult listening, in fact there isn't really a lot to it in all honesty, but Shaiman is one of those composers who can create something from nothing. This isn't scoring at its most complex, although it was never going to be, but the small additions (romance, drama, little jazz, bold closure) to the soundscape are placed perfectly in the running order. Timed at just under 40 minutes, it moves along quickly enough to never drag, but without dispersing Shaiman's relaxed, atmospheric, but tuneful writing.
The American President - 10/10 - Review of Andreas Lindahl, submitted at 2008-01-20 21:25:40
The American President was my first aquintence with the music of composer Marc Shaiman - the man behind the music for films like Misery and City Slickers - and has become one of my absolute favorite romantic scores.

The music is both romantic (like in "I Like Her" and "The First Kiss" where the more prominent instruments are soft strings, tender woodwinds and romantic piano.), powerful ( like for instance "The Morning After/Meet the Press" and "Never Have an Airline Strike at Christmas", with it's heavy timpani, brass and energetic strings) and sweeping and lush, especially when the wonderful main theme makes its appereances. Oh yes, the main theme... Marc Shaiman has blessed The American President with a gorgeous main theme that's romantic and patriotic at the same time. When given full orchestral renditions in the first and last two tracks I can guarantee it will blow you away. (If you have seen the trailer for Saving Private Ryan and wondered what that superb lyrical music is, I'm happy to inform you that what you have been listening to is this wonderful theme.) Add to this a couple of other great themes, like the relaxing and romantic piano theme in "The First Kiss", and you have a superb score, that is bound to become one of your favorites. Unless you cannot stand romantic music, and only listens to action scores, that is.

Perhaps I shouldn't just praise but try to be a little critical too. Well, I'm sorry but the only negative I can think of to say is that some of the cues are perhaps a little too short. "It's Meatloaf Night" for instance, is just 40 seconds and "Never Have an Airline Strike at Christmas" 35 seconds. In fact, the entire album is a little too short - just under 40 minutes.
Oscars: Best Original Score (Nominee)