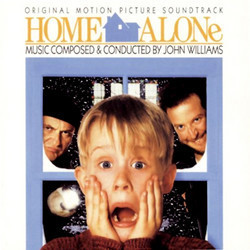 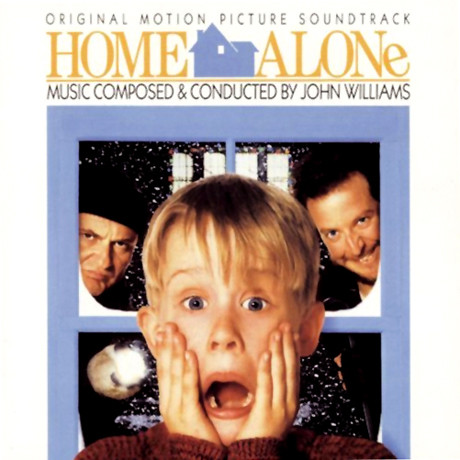 Show reviews in other languages
Home Alone - 08/10 - Review of Andreas Lindahl, submitted at 2008-01-20 21:25:40
One of the really classic Christmas scores, John Williams' music for Chris Columbus Home Alone is an effective contribution to the film and a charming and very entertaining listening experience on CD. Composed in 1990, during one of Williams' best and strongest periods ever, short after the composer's score for Indiana Jones and the Last Crusade, and just before his music for Hook and Far and Away, Home Alone is packed with the kind of lyricism, playfulness and warmth that made those scores so likeable and loved.

To create a strong Christmas sound, Williams uses a large array of percussive and rythmic instruments, such as bells, sleigh bells, chimes and triangle, as well as lots of brass and, in some cues, choir. Apart from traces of familiar Christmas carols, Williams also wrote his own carol for the film, "Somewhere in my Memory" and "Star of Betlehem". When performed by children's choir, these are rather sweet songs - perhaps too sweet. But they are allowed to shine in the instrumental versions. The orchestral version of "Star of Betlehem" is an amazing piece, with lots of orchestral bombast.

The slapstick elements of the film are accompanied by lighthearted, bouncy music with lots of woodwinds, sometimes bordering on Mickey Mousing, but always entertaining and charming. "Setting the Trap" adds a soft rock'n'roll drumbeat, with variations on familiar Christmas carols sneaking in and out of the music, while "Holiday Flight" and "Making the Plane" are pastiches, homages, rip-offs, or what have you, of Tchaikovsky's Nutcracker suite.

The soundtrack CD also includes Christmas carols performed by The Drifters, Southside Johnny Lyon and Mel Torme. And for once, they go very well with the actual score. A highly recommended soundtrack to listen to during the Holidays.
Home Alone - 08/10 - Review of Tom Daish, submitted at 2010-10-02 12:52:19
Perhaps lighter fare than Williams is used to writing for, but he, as always, does a good job creating a festive atmosphere as well as the comedy action. The best parts of this score are the two short tracks that cover the scenes as the rest of the family try and make the plane. I am convinced that these two sections were temp tracked with The Trepak from The Nutcracker by Tchaikovsky and as such a pastiche of this is produced, but they are fast and furious with some very fast violin figures that really test the orchestra, they do, of course perform splendidly. The carols all fit nicely into the framework, including the ones not composed by Williams. As my only comedy score, I have no real benchmarks, but if The Gramophone Film Music CD Guide is anything to go by, this is a top rate example of this type of score.
Oscars: Best Original Score (Nominee)