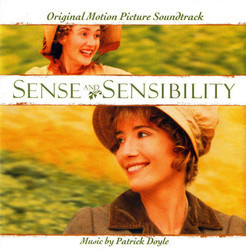 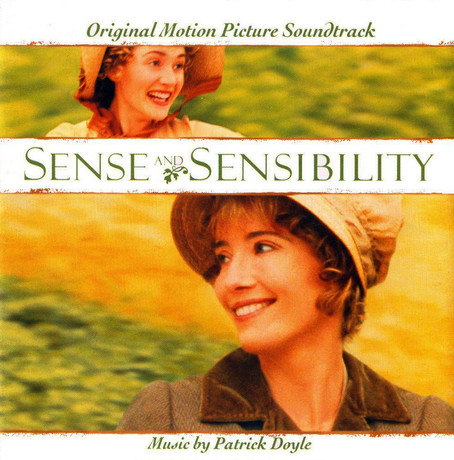 Show reviews in other languages
Sense and Sensibility - 08/10 - Review of Tom Daish, submitted at 2010-09-10 23:26:19 en
Compared to the strongly etched drama of Shakespeare, Jane Austen's books were more refined, gentile and civilized and as such Patrick Doyle's score is that little more elegant and restrained than the tempestuous moods he created for Henry V or the exuberant sunniness of Much Ado About Nothing. The scoring is more chamber like in nature, with heavier emphasis on the strings and woodwind with almost no percussion and only the occasional hint of brass.

Doyle has written several wonderful Arias for his scores, but perhaps my favourite so far is the absolutely stunning weep You No More Sad Fountains. Admittedly this is not the most wieldy of titles or lines for a song, but it is set (using more of Austen's own words as lyrics) effortlessly to music and given a fine performance by Jane Eagen. Unfortunately for those who just watched the film, only Kate Winslet's performance, together with solo piano can be heard (although this is not featured here), but the full treatment is simply wonderful. It could be argued that the singing is just a fraction too operatic, especially given the more restrained tone of the rest, but this is a minor quibble. The final cue, The Dreame is also performed by Eagen and forms the basis for the second major theme in the score.

The two themes are gently interwoven in many of the cues in the first half and occasionally shaded with different dramatic moods, but nothing so strong that the generally gentile atmosphere is broken. Around halfway through and perhaps one feels that some slight change of pace might be nice, we are presented with several playful scherzos starting with Steam Engine which features playful, Rachel Portman style strings, with bouncing flute and clarinet carrying the tune. However, this breaks into a more typical Doyle styled cue with a brief finale which features a fast paced string motif. Once these high points have passed, restraint once again becomes tantamount with some more dramatic moments such as the very combre To Die For Love. However, this being Jane Austen, we are given a joyous happy ending with Throw the Coins which reprises the secondary theme from The Dreame, which allows for a lot more exuberance and a very festive tone. The Dreame provides a coda to the rest of the score, functioning as it does as the end credits in the film.

While not exactly pushing the limits of Doyle's compositional range, it is a fine score, beautifully wrought in every respect. It is perhaps only inhibited by the restraint that is inherent in the story. This is not to say the music is dull, but there are a couple of occasions where one might hope for just a little more momentum. However, Doyle is too good a composer to let these last long and there is usually enough to keep things moving along before too long. As mentioned, Jane Eagen's performances are top rate and the orchestra performs superbly and the recording is excellent in every respect. I suspect that some might become frustrated at times, but it is not difficult to warm to Doyle's beautiful and delicate music.
Golden Globes: Best Original Score (Nominee)
Oscars: Best Original Score (Nominee)

Other releases of Sense and Sensibility (1995):