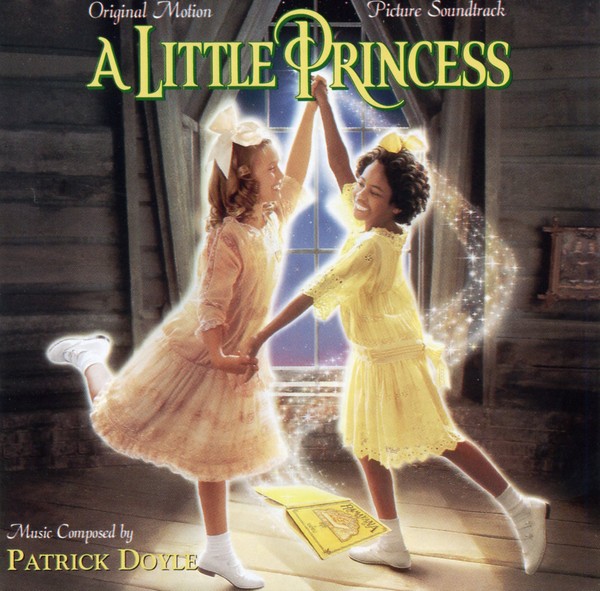 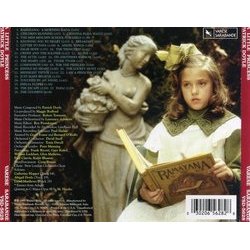 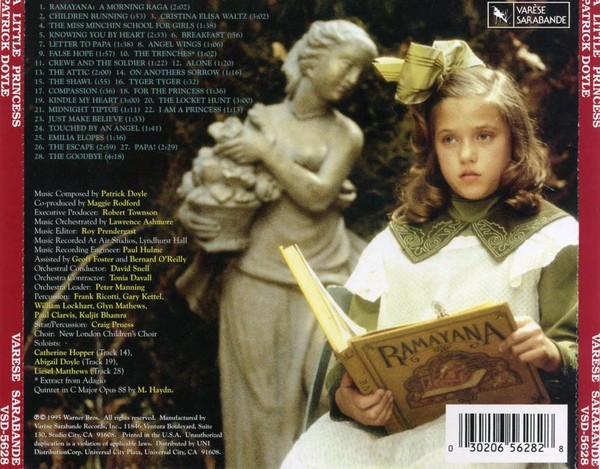 Show reviews in other languages
A Little Princess - 10/10 - Review of Tom Daish, submitted at 2010-09-10 23:22:41
This has got to be my favourite Doyle score so far. It displays much more of his warm side than his Shakespearean efforts. The score is a mix of orchestra, choir and some authentic instruments, sitars and so forth. The overall effect is stunning and there are some great moments. The Locket Hunt is possibly my favourite Doyle track ever. It is a bubbly scherzo that skips around like a child dashing around searching for something and as such is perfect in the role. I wonder whether it is because it is a more 'Hollywood' sound than other Doyle that I like it, but who cares? I don't! Other great tracks are the waltz on track 3 which is one of those lovely stately period waltzes and is absolutely perfect, not over the top, just charming. The final two tracks are second only to the Locket Hunt, Papa! starts with a minor string section and then bursts into a happy, full orchestral statement of the main theme, it'll make you tingle with joy when you hear it. The Goodbye restates the opening of the previous track, but this time in the major key and so is sort of in contrast to the previous section. The song, Kindle my Heart crops up briefly and then probably the most lovely version of the main theme appears played by solo trumpet and backed by strings and sitar and is the main reason I bought this CD. I heard this track on the radio and thought it was fabulous. It's a shame that it doesn't crop up more often, but never mind, it's perfect at the end. The song and musical settings of William Blake poetry are very nice and don't get too cute, which is lucky. The girls choir and soloists perform very well indeed throughout. Some of the inner tracks are more moody and I'm not so keen on Doyle when he is moody, this tends to make parts of the middle of the soundtrack drag a little, but there are enough of the jollier moments to make it bounce along nicely. Also the tracks are perhaps a fraction on the short side most of the time, but they do join together quite well and so this doesn't matter too much. Of the Doyle scores I have, get this one (so far!) Definitely one of my favourite scores.
Raised in the distant jungles of India, a young girl lives in a world filled with magical tales, exotic experiences and the adoring love of her father. This is the charming story of the power of one girl's imagination and spirit to change her life and the fortunes around her. It is written by Frances Hodgson Burnett, the author of some of the most enduring children's classics, including The Secret Garden.