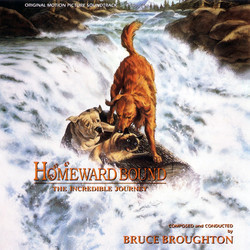 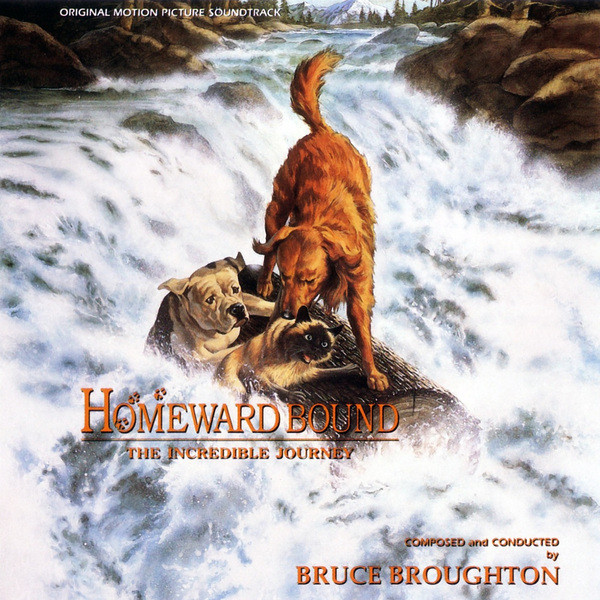 Show reviews in other languages
Homeward Bound: The Incredible Journey - 06/10 - Review of Tom Daish, submitted at 2010-09-26 13:26:16
It seems surprising that Bruce Broughton didn't become an in house composer for Disney, his style of writing is well matched for kid's films. Maybe Broughton doesn't enjoy that kind of writing, even though he is incredibly good at it. Then again, he did have the misfortune to be associated with some of Disney's more innocuous entries - Rescuers Down Under, Honey I Blew Up the Kid and Homeward Bound and it's sequel. For all these films, Broughton has provided some terrific underscore which give the impression of a composer writing for films somewhat beneath his talent. Why he isn't scoring something like Harry Potter or Atlantis I have no idea. This is not to diminish what the respective composers did for these films, but just that Broughton's most well known film for years was Lost in Space, even if by most standards, that was a bit of a dud both artistically and financially. It's rather a sad state of affairs really.
Anyway, Homeward Bound is a remake of The Incredible Journey and is one of those live action Disney films of the American Great Outdoors filled with typically American animals (coyotes, bears etc.) who challenge the canine and feline heroes. In the age before CGI animal lip synching, the voices are more thoughts the animals might have. Even though not that old, it still seems a film from a more innocent age. Despite its relative simplicity as a film, Broughton has carefully crafted no less than four major themes, although the most important and memorable one - first heard in The Journey Begins - is by far the most memorable.

Although it might seem a crass observation, Broughton's music does have that wonderful quality of scampering about, almost making the film itself redundant. The melodies are bold and the dramatic strokes broad, but in an age where so many scores try to be subtle to the point of non-existence, some exuberance is a breath of fresh air. Dramatic highlights include The Cougar, which is both exciting, but with a requisite element of danger. Although a little less threatening, the striking Escape from the Pound is another highlight. The gentler moments are labeled with strings, piano and guitar, but overt sentiment is kept to a minimum.

The charming and well arranged End Credits suite rounds out the album - another pleasure when proper end title cues are hard to come by. This is, to be fair, not taxing stuff. It's a kids film, it was never likely to be, but is certainly just as enjoyable as Rescuers Down Under, even if it lacks the technical bravura of Honey I Blew Up the Kid. A score for kids of all ages. I can't believe I wrote that.
Trailer: