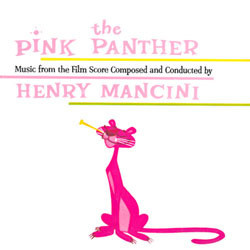 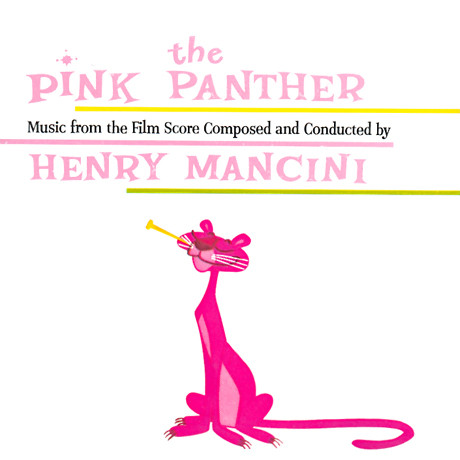 Show reviews in other languages
The Pink Panther - 08/10 - Review of Tom Daish, submitted at 2010-09-28 22:39:59
The film that made Peter Sellers a comedy star also turned out well for composer Henry Mancini and added another hit to his already impressive resumť. The Pink Panther is one of those indelible themes that is recognisable to almost anyone you care to play it to; it has transcended the medium for which it was written to become a famous and instantly cool instrumental. As John Barry often did, Mancini re-recorded soundtrack albums turning the score material into a series of pop and jazz instrumentals. It seems possibly someone will go back and release the original tracks, but until there we have the music as Mancini wanted us to hear it.

Aside from the main theme there are plenty of other fine melodies, none more so than It Had Better Be Tonight (co-written with Johnny Mercer) which is presented in both instrumental and vocal. Both versions sound a little retro now, but that takes nothing away from their entertainment value. Other highlights include the comedic suspense music for The Village Inn which features a prominent accordion part, as do several other tracks, highlighting Seller's hilarious and bumbling French Detective. Perhaps the only real drama in the score is The Lonely Princess which is a rather more forlorn accordion and strings number, backed by almost subliminal chorus. Something for Sellers is a jaunty ChaCha while the final track is Shades of Sennett that sounds somewhat like honky tonk circus music.

Anyone wanting a 'proper' orchestral score and faithful reproduction of the music featured in the film may well be disappointed, but Mancini's wonderful melodic gift and sense of humour prevail throughout and more than worth hearing. That it's one of those albums that can be picked up for pence almost anywhere leaves little reason not to pick it up. As a bonus, the album features liner notes by Peter Sellers which are, predictably, absolutely hilarious, veering between silly, dumb puns and just scatty meandering commentary on each track. Hopefully someone will release a more accurate presentation featuring the plentiful fine moments which are omitted from this release, however for now, this is tuneful, riotous fun.
Golden Globes: Best Original Score (Nominee)