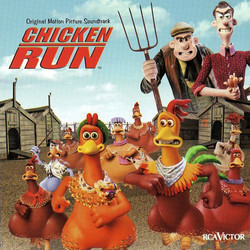 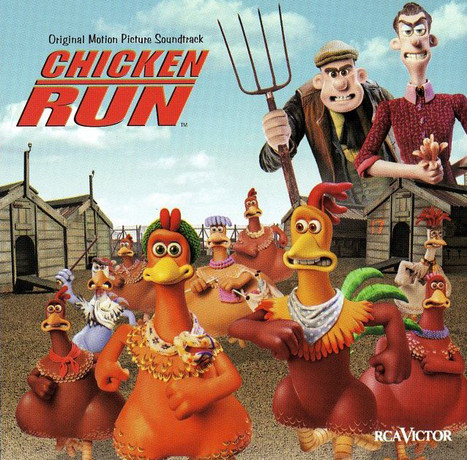 Show reviews in other languages
Chicken Run - 08/10 - Review of Tom Daish, submitted at 2010-09-13 00:23:50
After the three very successful Wallace and Gromit shorts, it seemed natural that Aardman Animation, along with directors Nick Park and Peter Lord, would eventually do a full length feature and this is it. My guess is that it will be the first of many. I enjoyed the film on the whole, even if the strong English feel of Wallace and Gromit had been watered down somewhat and the script was not quite as witty as those delivered by the team at Pixar or indeed Dreamworks' own CG animation studio who made Antz. However, the characterisation and animation were still excellent and the finale quite thrilling. The news that Julian Nott was not scoring Chicken Run met with some disappointment; I suspect this is a result of Dreamworks' involvement with the film and so they hired the team of Harry Gregson-Williams and John Powell who made such a memorable contribution to Antz.

Where Pixar's A Bug's Life was The Magnificent Seven with insects, Chicken Run is The Great Escape with fowl. Randy Newman's bouyant score didn't directly attempt to suggest the earlier film, but Gregson-Williams and Powell have firmly suggested the kind of music that accompanied numerous POW films, including The Great Escape, Bridge Over the River Kwai and others. The main theme is a jaunty and industrious march that is instantly memorable, probably to the point of distraction. Indeed I managed to annoy everyone in my office my whistling it every two minutes the day after I bought it. However, it turns out to be a lot more malleable than might be suspected and is given numerous arrangements, from sombre, to pastoral, to full blown heroism. A bit of comedy orchestration from whistling to kazoo is thrown in for good measure. The other major theme is less heroic, but more stiff upper lip, but still has that busy and industrious quality to it. Not surprising that it is given its major outing during Building the Crate; a wonderful self contained little number that ploughs forward to a rousing conclusion, even if the inclusion of The Wanderer right afterward seems a little misplaced.

The supposed hero, Rocky (voiced passably by Mel Gibson) is given some pseudo rock and roll material (replete with harmonica) that makes a couple of apperances, most notably in Rocky and the Circus. It does seem a curiously restrained and probably functions better in the film than it does on CD. Unlike Antz, the action in Chicken Run does not descend into the Media Ventures stereotypical style, but has more of the bluster of Randy Newman, even if it doesn't quite match Newman's intricate and vigorous orchestrations. The two rock and roll songs fitted reasonably well into the film itself, but don't work brilliantly within the context of the score and might have been better placed at the end of the album, fun though they are.

Like Randy Newman's wonderful contributions to the Pixar films and this particular duo's score to Antz, Chicken Run goes through numerous styles, but all is held together by the strong main theme and some equally excellent secondary themes and ideas. It seems that for the occasional junk produced by the composers under the Media Ventures umbrella, their music for films supposedly aimed at children often produce much more interesting results. I was tempted to say imaginative, but to be fair there isn't much terribly original in Chicken Run in terms of content. In fact it is probably less unique than Antz, but yet again it's all held together with such confidence and style that the precedents don't really matter. This is a fun score and is meant to be enjoyed purely as music for pleasure and that pleasure is tangible and makes the album well worth acquiring.
Chicken Run - 10/10 - Review of Andreas Lindahl, submitted at 2008-01-20 21:25:40
Kazoos! I've been a fan of John Powell and Harry Gregson-Williams' joint efforts ever since I heard their entertaining and playfull music for Antz. Now, that was, for a long time, the duos only collaborative score, so I have really been looking forward to hearing their latest project - the music for Peter Lord and Nick Park's (whom I also am a big fan of) animated Chicken Run, about a group of chickens and the rooster Rocky, trying to escape from the horrible existence at Tweedy's Chicken Farm, where they, if they are unlucky, might end up as the main ingredients in chicken pie. Was the score worth waiting for, you ask? You bet it was. Powell and Gregson-Williams have once again created a wonderful score that at times is even better than Antz.

The two composers seem to have lots of fun when scoring these kind of films together and this is clearly reflected in the music they deliver, which basically is one hour of pure fun and excitement. Incorporating styles like blues and waltz and with instruments such as the kazoo to go along with the orchestra, this is without doubt one of the best scores written this year. A top notch main theme, that is incredible catchy - especially when performed by a whole ensemble of kazoos! - adds to the superb listening experience this score is.

People stating that composers of the Media Ventures team aren't capable of writing action music without relying on synths seem more stupid than ever when listening to Chicken Run, which features loads of strong, very melodic and entirely orchestral action music that will have you reach for the remote control. To turn up the volume. And if your neighbours know what good music is they won't complain, but rather put their ears to the walls...

Chicken Run is basically a spoof on the classic POW Camp films, such as The Great Escape (scored by Elmer Bernstein), and the pastiches on and hints at the typical scores for those films are many, such as the militaristic marches, complete with piccolo flutes, snare drums and whistling. All this makes the score incredibly entertaining. And with cues like the simply wonderful "Building the Crate", Chicken Run is a score that I cannot recommend enough. It isn't innovative - well apart from the kazoos maybe - and it's not original. Apart from the - you guessed it - kazoos (I love them!). But it isn't trying to be. But it tries to be darn good, and it succeeds in doing that with full measure. Get it. Kazoos!