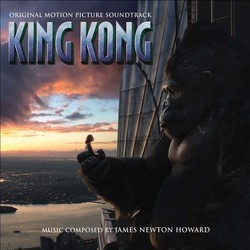 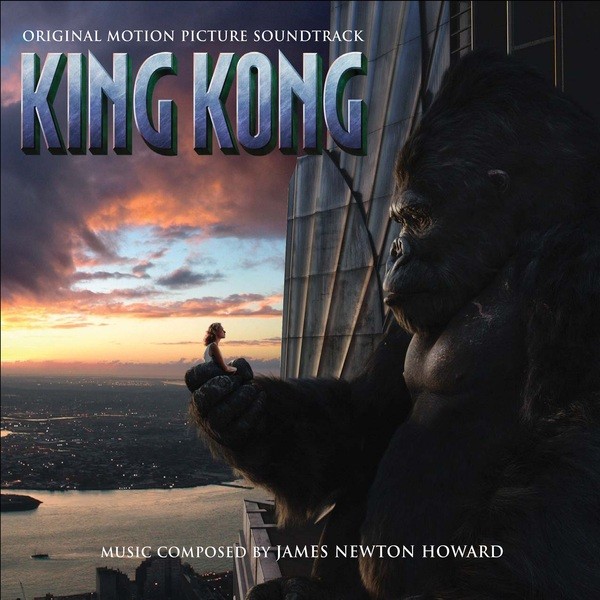 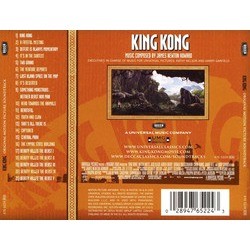 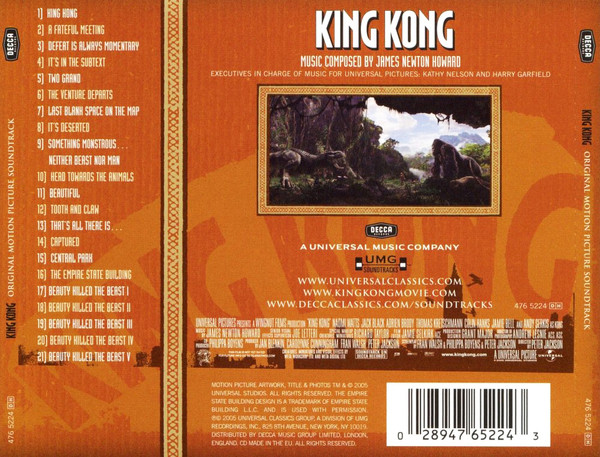 Show reviews in other languages
King Kong - 08/10 - Review of Tom Daish, submitted at 2010-09-26 20:10:54
Following in the footsteps of Max Steiner and John Barry is no mean feat, but Howard Shore was the man originally down for the job. His abrupt departure from the project will likely go down as one of the biggest film music surprises of 2005, but there was no time to guess his replacement as James Newton Howard's appointment was announced simultaneously. As with Shore before Lord of the Rings, Howard's early work never really suggested his suitability for such a project, but he has solidified his reputation and style with some terrific work for M Night Shyamalan, Disney and others, easily one of the top ten composers working in Hollywood today. It's therefore little surprise that he was deemed a solid bet as a replacement. While solid work doesn't necessarily equal great work, it's a testament to his skills that, despite the rushed schedule King Kong is a an often impressive score.

The titular opening cue is suitably brooding and portentous, introducing the two four note themes that define the simian leading ape; one mysterious and one feral. The latter is pleasingly reminiscent of Max Steiner's original and Howard doesn't shy away from making it just a little melodramatic. As Jackson's version spends far more time getting to Kong's island retreat so too is there much more than the Boat in the Fog of Steiner's classic. As the film is set in the time of the original, the 30s, there are a handful of cues with a period feel, featuring some downbeat, but laid back jazzy clarinet solos, notably Defeat is Always Momentary and the opening of The Venture Departs. The former also features some surprisingly light hearted material reprised much later in That's All There Is. Fortunately, the comedy aspect is reigned in enough to avoid spoiling the mood. The gentle passage are rather more contemporary; the piano and strings of A Fateful Meeting have an almost Thomas Newman feel.

Unlike either of the previous incarnations where little was made of the epic beauty of the island, Howard brings us a little deserved awe and wonder. After the percussive Last Blank Space on the Map, It's Deserted contains some appropriately inspiring choral work that brings back memories of Atlantis' finest moments. However, the triumvirate of It's Deserted, Neither Beast Nor Man and Head Towards the Animals turns up the heat, Howard mixing some of his trademark action licks, a little ethnic percussion for the island natives and a wonderfully over the top rendition of Kong's angry four note as the star makes his entrance. Tooth and Claw is another manic slice of whirlwind action, every bit as exciting as anything penned by Jerry Goldsmith or John Williams. Conversely, Beautiful is, as the name suggests, rather more serene and one of several gorgeous cues that litter the second half, most notably Central Park and Empire State Building as woman and beast bond.

Evidently track name inspiration was running dry for the final quintet of tracks, but musical inspiration certainly wasn't. The first three cover the dramatic show down with some suitably high flying writing, while the final pair are often achingly poignant. Ironically, the choral and solo vocal work for IV and V isn't too far removed from some of Shore's music for Middle Earth, but equally a fitting send off to one of cinema's most memorable creations and easily the most moving of any incarnation of the story. Howard has commented that he didn't think he'd have written anything better given more time and there's little in the writing that suggests a rush job (unless you look at the army of orchestrators, copyists, scoring stages and other crew that helped the composer realise the music in such a small space of time). Maybe not quite the classic everyone was hoping for, but a fine score and better than anyone could have hoped for given the crushing schedule.
King Kong - 08/10 - Review of Andreas Lindahl, submitted at 2008-01-20 21:25:40
You’ve probably heard the story many, many times, by now, but let’s tell it again. In a situation that seems quite similar to Gabriel Yared’s experience with scoring Troy, Howard Shore had spent many months composing, and recording parts of, the score for Peter Jackson's remake of the 1933 classic King Kong when it was announced that the composer and director had decided to end their collaboration, due to "creative differences", leaving James Newton Howard the stressful and difficult task to compose and record a replacement score in just over a month. We will probably never learn exactly why Shore and Jackson decided to walk their separate ways - creative differences can mean a lot of things - and we will probably never get the chance to hear what Shore spent many months composing, and that's disappointing, of course. However, and luckily for us, James Newton Howard's score is everything but disappointing. Considering the short amount of time Howard was allowed to invest in the project, his music for King Kong is an impressive and entertaining collection of action, drama and humor.

With only five weeks to write over two hours of music, Howard simultaneosly composed and recorded music, using live video and audio feeds to communicate with the recording studio and director Peter Jackson, who he actually never met until the premiere of the film.

Even if the score is a nice mix of drama and action, it is dominated by the latter. Using plenty of brass, percussion and choir Howard creates some very exciting action music, at times aggressive, with a fair share of adventure, horror and suspense as well. "It's deserted" and "Tooth and Claw" are two really impressive, kick ass action cues, which both gives the brass and percussive sections of the orchestra some serious work. It's big. It's bold. And it's beautiful. There's a great deal of massive, awe-inspiring brass fanfares, choral outbursts and grand music in general.

The upbeat, comedy elements, with hints of jazz, give the music some much needed light. “Defeat if Always Momentary” is a nice scherzo sounding cue, dominated by staccato strings, muted horns and upbeat trumpets. There are also some beautiful passages, where Howard lets the scores' lush, but perhaps not that memorable, love theme stretch its legs. "Central Park" is a highlight, with parts reminiscent of Rachel Portman's "The Cider House Rules", with broad strings, woodwinds and soft piano. The boy soprano solo in “Beauty Killed the Beast IV” - which also includes some great choral moments - is a nice touch and actually sounds a lot like something Howard Shore could, and perhaps did, write for the film.

Howard’s King Kong is one of the strongest scores of 2005, no doubt about it, but what I tend to miss is some stronger themes. Sure, the theme, or motif, for Kong is there, but could have been given a little more attention and room. Also, even if the action music certainly is exciting, adventurous and dissonant I would have welcomed some even more aggressive, dissonant and atonal music. Something like John Williams’s action music for War of the Worlds, perhaps? Something meaner and more dirty. But let’s not be overly picky - King Kong is a great score.
Golden Globes: Best Original Score (Nominee)
World Soundtrack Awards: Soundtrack Composer of the Year (Nominee)
World Soundtrack Awards: Best Original Soundtrack of the Year (Nominee)
Filmmusicsite.com Awards: Best Original Score (Nominee)