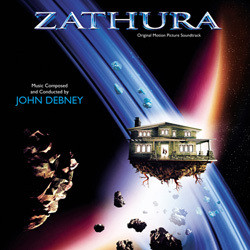 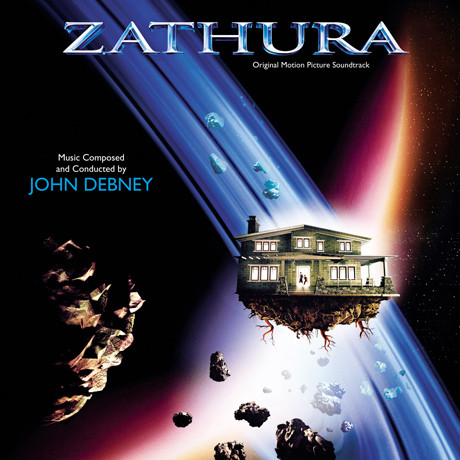 Zathura - 07/10 - Review of Tom Daish, submitted at 2010-09-11 09:26:58
Chris Van Allsburg must be one of the canniest writers around. Not only does almost every one of his books seem to be turned into a film, but the books themselves are only usually of a few dozen pages. J K Rowling maybe richer than the Queen, but she does at least sweat over hundreds of pages of prose for her trouble, but I suspect pound per word, Van Allsburg probably wins hands down. After the modest success of The Polar Express (which received reviews ranging from mediocre to those proposing it a timeless classic - I rather suspect the lifeless CGI humans will render it dated in little more than a couple of years) and the wild success of Jumanji, we now have Zathura, which is essentially Jumanji in Space. Two kids find a game that takes them on a series of crazy adventures where the only escape is to win the game. Along for the ride is John Debney.
It would be fair to say that Debney is one of the hardest working composers in Hollywood, with this, Chicken Little and Dreamer featuring in the top ten at the same time. Any composer who manages three movies in one year is doing well in my estimation, let alone close enough to appear in the same weekend. Rather than Horner's crazy Jumanji or Silvestri's festive Polar Express, Debney gives Zathura a score that's a neat throwback to the myriad of 80's sci-fi and fantasy scores that appeared off the back of Star Wars and the Star Trek features. If you're thinking The Last Starfighter, you're in the right ballpark. Main Titles introduces the bouncing main theme which is similar in style to Safan's cult favourite, although a couple of slightly awkward twists in direction render it slightly less memorable than it might otherwise have been. Cheesy, but infectious fun, none the less.

The first and last few tracks are the album's strongest. Finding the Game ushers in a heavenly choir just to inflate the awe and wonder, appearing again at the end of the score as a suitably over the top finale. In between there are some fun action cues, Chase, Meteor Shower and They're Not Friendly in particular. Debney introduces a ominous and grinding march for the Zorgons and some surprisingly intense passages for encounters with them. One unexpected treat is Astronaut's Story, a mournful lullaby that's a nice respite from the musical mayhem. Unfortunately, some of the ensuing tracks are rather incidental, high on bluster, but low on character; by turns ominous and exciting, but without any especially noteworthy material. On the whole, however, Zathura is plenty enjoyable for most of its running time and pleasingly free from obvious temp tracking, but one can't help but wonder what John Powell or the late Jerry Goldsmith, in Explorers mode, might have done with it. Still, if retro 80's orchestral film music is your thing, there's plenty to enjoy here.