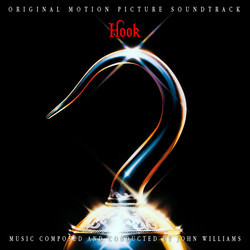 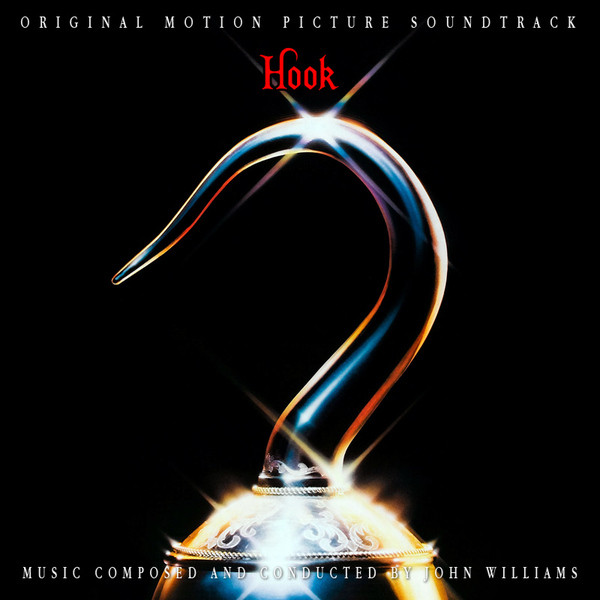 Show reviews in other languages
Hook - 10/10 - Review of Anthony Aguilar, submitted at 2011-12-11 22:41:04
In the film music world, every once a while there comes along a truly terrible film featuring a great score. Hook (to be fair, it wasn't an awful film, just not up to Spielberg's usual par) was a rare mis-fire for Steven Spielberg, director of such classics as the original Star Wars trilogy, E.T., Jaws, and the original Indiana Jones trilogy. A common thread running through these classic films is their score composer: John Williams. As a composer, Williams has crafted more classic and instantly-recognizable themes than any film score composer on the planet, past, present, and future. Hook might not be one of his best known (most likely due to the sinking of the film into obscurity very soon after its release), but it is still a classic in almost every regard.

The film itself is about a Peter 'Pan' Banning who has chosen to live in the real world and has now grown into a terrible father and husband (and he, for some weird reason, does not remember anything of his experiences as a child in Neverland). When he and his wife and children go to Granny Wendy's to visit for Christmas, things quickly take a turn for the worst when the infamous Captain Hook decides to kidnap Peter's children in order to turn them against their father. And so begins an adventure which reunites nostalgic viewers with live-action versions of Tinkerbell and all of the other characters from the classic play and Disney animated feature. While the film's execution may have been somewhat stagnant and stale, it nevertheless provided Williams the opportunity to write one of his best scores.

Williams pulled off the rare feat of composing many distinct themes for the film and making every single one of them quite memorable. The theme first heard at the conclusion of 'The Arrival of Tink and the Flight to Neverland' is one of the most recognizable and enjoyable themes in the score. The theme brilliantly captures the joy of flight and fantasy. The theme for Captain Hook, heard most prominently in 'Presenting the Hook' is perhaps the second most recognizable theme. It is primarily comical and, unfortunately, doesn't make for any real tension, yet it works just the same. Many other themes course their way through the score, including one for Neverland itself and one for the Lost Boys in 'The Lost Boy Chase'. The way Williams wove these themes into one cohesive score makes for a spellbinding and magical listening experience. In addition to the broad strokes, there are numerous individual touches that leave a distinct impression. 'You are the Pan' is an achingly beautiful choral piece. 'The Lost Boy Chase' is a silly and light-hearted but fun track. 'Remembering Childhood' is a great nostalgic piece, with a lilting piano performance of the main theme, which culminates in a spectacular outburst of thematic flight at the end of the track. 'The Ultimate War' is also light-hearted yet fun and fast-paced.

If there were to be any flaws found in the score, one might be that it is a little too light-hearted. There is very little sense of danger. Even in the score's most sinister moments ('Hook-Napped') there is very little tension. One could posit that Williams simply followed the film, and they would most likely be correct. The character of Hook is never presented in the film as a real and sinister threat, but rather more of a comical bumbling fool of a villain who never really ever stood a chance of winning the battle. This attitude crosses over into the music as well, and it is slightly disappointing, though the fingers should possibly be pointed at Spielberg for this problem and not primarily Williams.

While the score is a masterpiece in my opinion, the commercial album is a less-than-spectacular treatment of the score. The two singing tracks are throw-away and could have easily been replaced with more substantial underscore. 'Banning Back Home' is also a throwaway electronic track. All of these could have been scrapped and replaced by a true ending to the score, the End Credits. As it stands, we have an imperfect, lacking album. However, something it still better than nothing. I, and many others, are hoping and praying that one day this score gets the expanded or 'Special Edition' treatment so we can finally hear the score in its entirety (legally, that is).

This is a score that no true film score fan should be without. It was a peak in Williams' career and stands as one of my most favorite scores of all time. Don't let the flawed album presentation deter you from purchasing this album, as it still contains most of the best moments from the score. This is a classic score in every sense of the word and will take a considerable miracle of a score to de-throne and replace this one as one of my favorites. If you're looking for a perfect place with which to start your Williams collection, then I cannot think of a better place than this. This score represents some of Williams' best and most magical writing to date. Invest in the purchase, and I promise that you won't regret it.
Hook - 10/10 - Review of Andreas Lindahl, submitted at 2008-01-20 21:25:40
Steven Spielberg's take on the story of Peter Pan is not exactly one of the best motion pictures ever made. But while to film probably will fall into oblivion, John Williams' excellent score - the films' only highlight - will hopefully be remembered. Williams' music is sometimes adventurous, dramatic or exciting and other times incredibly beautiful and heavenly, and always very enjoyable.

Written for a large orchestra and choir, and with different themes for all the main charachters, plus a rousing and adventurous main theme, given its best treatment in the first cue, "Prologue", this is one of Williams' best scores in the genre. The grand and uplifting flying music in "The Flight to Neverland" rivals the music for the flying sequence in E.T. The pirates have been given an amusing march - no one can write marches for the villains like Williams! - and the Lost Boys some playfull music, full of brass and entertaining orchestrations. There are also some great action music in "The Ultimate War".

And then we have the more reflective moments, like "From Mermaids to Lost Boys" and the gorgeous and simply wonderful "You Are the Pan". This is where Williams uses the choir, and the result is almost divine. And the flute solos in "You Are the Pan" are some of the most beautiful music ever composed by Williams (if you want the best version of this cue - get the compilation CD Williams on Williams, which features an excellent concert arrangement of the piece, conducted by Williams himself).

But while this is a wonderful score, it can actually get a little tiresome if you listen to it too much. It is most of all a "mood score", which means that you will probably hate it, if you are not into playfull, adventureous music at the moment. And I think I liked this score better the first times I listened to it.

The soundtrack also includes two songs, composed by Williams, and with lyrics by Leslie Bricusse. The first one, "We Don't Wanna Grow Up" is a show tune performed by kids, supported by piano. If you have seen the film you know that it fits in the film. On CD it gets a little silly and annoying. The other song, titled "When You're Alone", is actually quite good, albeit also rather cute. But it has a really good theme, which Williams uses in other parts of the score, most prominently in "Remembering Childood" - a superb long cue, which builds to a grand ending.

And closing with some sentimental christmas music, with bells - one can almost see the white snow in front of you - in "Farewell Neverland" this is a wonderful score which belongs in every film music collection.
Hook - 10/10 - Review of Tom Daish, submitted at 2010-10-02 12:53:10
Perhaps one of Williams' best kept secrets, this score is probably one of his most thematically rich and most enjoyable. The film itself was by Spielberg standards a flop, but I actually enjoyed and if nothing else, you can listen to the splendid score! Originally I heard Hook in the form of concert arrangements on the Williams on Williams Compilation and from that point I was, as it were, hooked. My favourite has got to be the flying music that most notably appears at the end of track 6 and track 13. This really is only rivalled by the flying music from ET, even then this is so good that I would consider it an equal. It displays unfailing energy and soars up and down in leaps and bounds punctuated by runs and smoother, more graceful sections. Second to that is the Banquet music, a sprightly march that appears on tracks 11 and 12. I have to confess that the concert arrangement on the compilation is in some ways better, but such is the nature of film music that this can often happen. In the midst of the action, there are some delicate and touching tracks. One of my favourite tracks is 13 which starts of with a short build up to a tremendous crescendo and then has a fairly long quiet and reflective section after which the flying theme bursts forth, a perfect combination of all the different moods in the film. Further, there is jazz in Banning Back Home and a song in When You're Alone. The song is a little on the sweet side, but it has such a wonderful theme that it's difficult to ignore it. The Ultimate War is almost eight minutes of breathless and fairly light hearted action and is one of the other highlights of the score. The only slight detractions are the last track which is a bit long and can become, dare I say it a little boring after a while. I think I would have preferred a slightly shorter version of that and the end credits, one of the only really important pieces missing on this otherwise fairly comprehensive and long score. Williams' very virtuosic writing is particularly apparent in this score and it then pleasing to note that the orchestra perform unfailingly brilliantly. This is an absolute must buy for any John Williams fan.
The music of this soundtrack was used in: