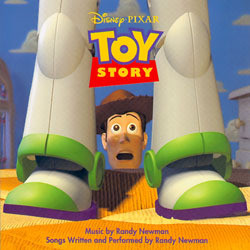 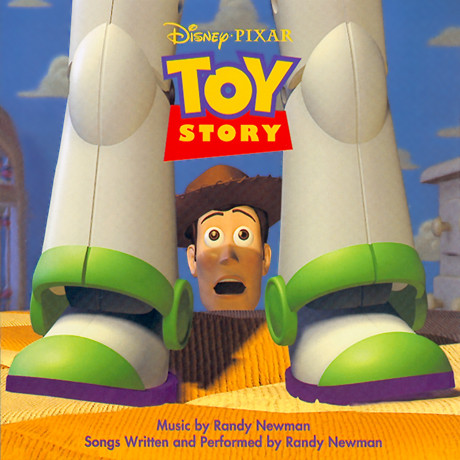 Show reviews in other languages
Toy Story - 06/10 - Review of Tom Daish, submitted at 2010-10-02 10:15:42
OK, now you're all wondering why I have the French version... well, funny story. No really, it is, don't leave now. Was in a CD shop in the lovely French city of Caen and happened upon a nice little CD shop, which curiously stocked every single one of Randy's song albums and quite a few of his soundtracks and since I was lacking Toy Story in my collection, decided to indulge myself in the version they had on sale, at very reasonable cost I might add. It transpired that this shop had in its employ an American chappy who happened to like the works of Randy and so made sure they had his albums. So, here we have it, Story de Toy, as it probably doesn't translate as. OK, there now follows a review....

Disney wouldn't let the rest of the world go without hearing the songs in their native tongue and so we get all three of Rand's fantastic songs warbled by CharlElie Couture (which sounds like a modelling agency to me, but still). There is the ragtime sounding Je suis ton ami (I am your Friend or You've For a Friend in Me), the light rock and thoroughly enjoyable Ertange bazar (pass on exact translation, but original is Strange Things) and the heart breaking ballad Jamais plus je ne volerai (Never more I will Go Sailing or I Will Go Sailing No More). Yes, so they lose something in translation, as do the lyrics which attempt to fit the tune, but there is much fudging to get everything to fit properly. For this reason, we should be grateful for the original renditions by Rand himself at the end. This is then followed by a sluggish and somewhat awkward duet with Lyle Lovett. However, this is nothing compared to what is probably the most terrible singing I've heard since Randy sung the US National Anthem at an ice hockey game (no really). Arno, the Belgian singing sensation (ahem) groans his way through You've Got a Friend in Me (in English). Imagine a more gravelly version of Rand's voice, then imagine every line sounds like he's about to choke to death on his own vomit. That's what it sounds like. For torture purposes only.

Despite claiming to be unable to do the Carl Stalling thing, Randy does a pretty effective job of that kind of mimic-the- onscreen-action music. This invariably means that the score doesn't really flow terrible well, indeed the first cue starts with Rand's rousing Pixar logo and then goes through a selection of music ranging from creeping around, to jazz bass riffs, to gushing Western romance and many things in between. This is pretty much the same for the rest of the score. There are a few more coherent and entertaining action cues such as Woody et Buzz (sic), but even these are prone to changing course at any minute. An insistant and highly appropriate march takes hold for a large section of Les Mutants to coincide with the onslaught of curiously deformed toys found at Sid's house. (Too complicated to explain in detail, see the film, it's great). I'd admit that it does grow on you a little after a few listens and there are there are some moments of great pathos (well, mock pathos anyway) here and there. The song tunes (mainly You've Got a Friend in Me) make the occasional appearence, but a few more appearences probably wouldn't have gone amiss, to act as 'main' themes as such. However, so much changing from idea to idea does get a little wearing after a while, so unless you're a fan of that kind of music, it is likely to be somewhat offputting.

All in all this is a mixed bag, not one of Newman's best scores by a long shot and certainly several steps back from the later A Bug's Life, even though this does have its moments. The songs are much more sentimental than the usual Randy cynicism, but the tunes are ultra catchy and the words sentimental without being patronising. Newman fans will find it a no brainer and it's quite entertaining but if you can acquire the songs (in English) seperate from the score then it's honestly not a huge great loss.
Oscars: Best Original Score (Nominee)