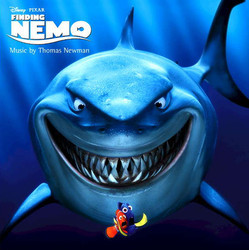 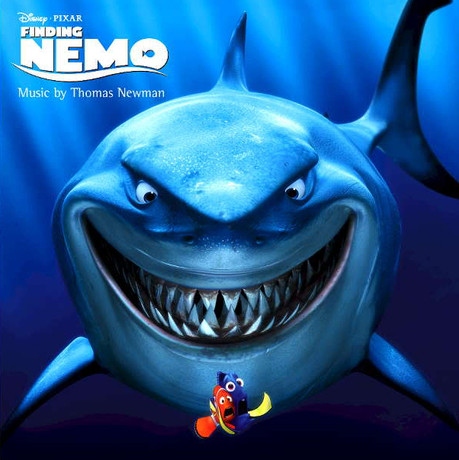 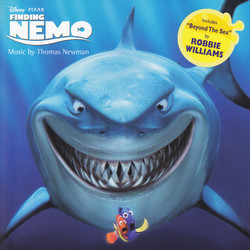 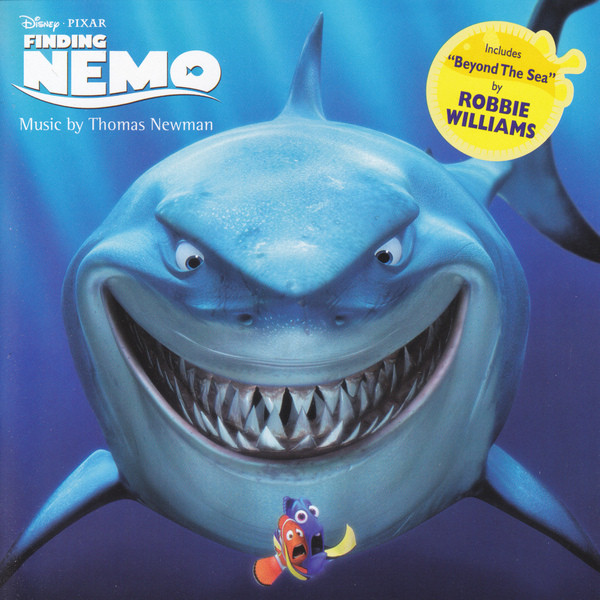 Show reviews in other languages
Finding Nemo - 08/10 - Review of Tom Daish, submitted at 2010-10-02 10:46:51
No, it's not a typo, it really does say Thomas Newman. It might seem strange asking Thomas Newman to score an animated family film, but it's not much more unlikely that Randy having scored the first Toy Story film; his catalogue to date did not really suggest being the obvious choice for such an assignment. Admittedly, the reasons for employing his cousin do seem a touch spurious, notably that the director wanted a more serious score - has he not heard Randy's efforts for Avalon or Awakenings? Mind you, the film was written with Thomas' music in the background and I must admit, I can imagine that writing a film set under the sea might invoke some of the glassy textures of which Thomas Newman is so fond.

Naturally, the first thing to wonder is what kind of tone Newman adopts for Finding Nemo and the answer is somewhat unsurprising to the seasoned Newman fan: eclectic. There is certainly little attempt to follow Randy's style, even if there are some more obvious animation scoring moments, notably the witty Short-Term Dory - Thomas Newman does Carl Stalling, which is as delightful as it is surprising. Toy marches are adopted for First Day and Mr Ray, Scientist, both of which recall those delightful scherzos that enlivened Oscar and Lucinda. While Newman is quite at home doing witty, one thing he doesn't tackle much is action, but of course any family adventure film needs a little action and the approach here is to use fairly limited resources and make the best of them. Friends Not Food is a case in point, highlighting low end strings and syncopated rhythms, the results are edgy with a real element of danger, but without being overwhelming. However, the later tracks use increased orchestral forces, notably Fish in my Hair, All Drains Lead to the Ocean and Fishing Grounds.

One thing that Newman avoids is any attempt to lighten the dramatic episodes. The tone is generally somewhat playful, but when called for, the drama really bites (as it were) and this is definitely to the score's advantage. Sometimes the comedy is juxtaposed with the serious material and from the exuberant action of Jellyfish Forest, there is a real element of danger in Stay Awake. However, there are plenty of little jazzy moments, but all with the typically unusual Newman twist. Fish-O-Rama and Darla Filth Offramp are both great fun and in the manner of the eclectic style of furnishing, all the elements are so good that even though they aren't really musically matched in either tone or style, they sound great together.

In his continuing attempt to break the American market, the album concludes with Robbie Williams crooning the classic Beyond the Sea which is a great way to end. Much though I admire Randy Newman, his Pixar scores aren't his greatest works, tuneful and enjoyable though they are. However, by sticking more closely to his dramatic style, Thomas' debut for Pixar is every bit as engaging as his live action scores and quite a bit more enjoyable than many of them. The presence of 40 tracks over an hour is no great detriment as many of them run together seemlessly. As it was unlikely he'd produce anything too heavy for Pixar, there's little surprise to note that Finding Nemo represents his most accessible, lively and engaging score to date. It might not be his best or even most inventive, but there is no denying its sheer entertainment value.
Finding Nemo - 06/10 - Review of Andreas Lindahl, submitted at 2008-01-20 21:25:40
Many were probably surprised when it was announced that Thomas Newman and not his cousin Randy Newman would be writing the score for Pixar's next animated film, Finding Nemo. After all Randy has scored all of the previous Pixar movies - Toy Story 1, 2 and Monster's Inc. But according to the films' director, Andrew Stanton, hiring Tom Newman was planned all along. Stanton even wrote the screenplay while listening to just Thomas Newman's music.

Finding Nemo is a mixed bag of different Newman styles. There's his soft string writing ("Nemo Egg(Main Title)"), his typical suspense music ("Friends Not Food") and the relaxed piano tinkling heard in scores such as The Shawshank Redemption ("Wow"). And of course the kind of quirky, off-beat music, performed by more or less bizarre instruments, we have come to expect from Newman. There's a large array of unusual instruments used in this score, such as "Metal Sculptures", "Water" and "Fin". Add to this some groovy, jazzy music and you've got Finding Nemo. And the jazzy, lighthearted music is what's easiest to enjoy in this score. Here the absent of a strong theme actually works, since the strings and flutes are groovy and entertaining enough. But now and then I can't but long for something to whistle along with.

Similar to what Randy delivered for the previous Pixar films there's a great deal of mickey-mousing, which can be a little distracting at times. And this being a rather long album - just over one hour - it's sometimes really hard to focus on the music. Especially since the music is quite diverse. The tracks are also mostly very short. And there's 40(!) of them. I would actually have prefered a shorter, and a little differently edited, release. But that's just me.

"Beyond the Sea", performed by Robbie Williams, closes the album and is actually really good. Catchy big band tune, far from the overproduced ballads we usually get.

The soundtrack album includes small portions of sound effects and dialogue from the film. But not much and not distracting in any way. Usually just a short sample now and then. Over all Finding Nemo is a charming and quiet little score that just drifts along.
Oscars: Best Original Score (Nominee)