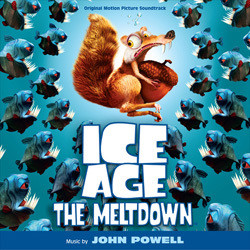 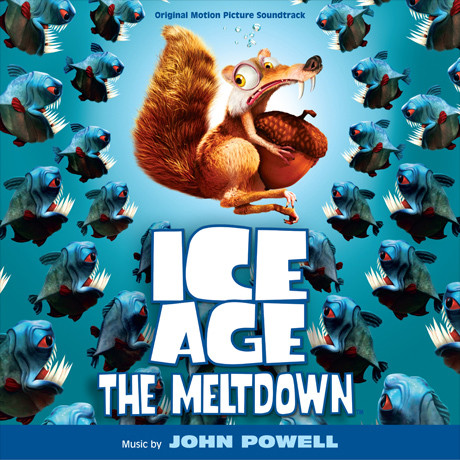 Show reviews in other languages
Ice Age: The Meltdown - 07/10 - Review of Tom Daish, submitted at 2010-10-08 23:16:30
As noted in my review of Robots, I was quite disappointed that David Newman did not stay on as a regular composer for Dreamworks animation, but I can think of few composers I'd rather have take on his mantle than John Powell. Robots was a terrific treat and so the prospect of him contributing to Ice Age: The Meltdown (Ice Age 2 to you and me) was very tempting. If it doesn't quite hit the heights of Robots then it's more the strength of that earlier score than any glaring deficiency in Ice Age 2. That the album is a shade over an hour probably doesn't help, the kind of frenetic scoring employed for this type of feature is difficult to effectively sustain over such a length and the changes in direction become a little tiring after a while.

Listening to the main theme from Ice Age 2 it becomes more and more apparent that Powell was the predominant thematic voice in his collaborations with Harry Gregson-Williams; the themes from Chicken Run, Shrek, and so on, are stylistically closer to Powell's subsequent work than that of Gregson-Williams. The main theme is perhaps a shade less endearing than that for Robots but still an entertaining, lively and memorable melody put through plenty of variations. Perhaps unsurprisingly, it is the action where Powell shines, scoring it with more imagination and consistency than just about anybody else in Hollywood and there is plenty to go round here. Mixing the busyness and joyous exuberance of Randy Newman with a more modern sensibility, the results are the best of both worlds (as opposed to an uneasy mix as could be the case if in the hands of a less skilled composer).

Naturally, there are some more comedy cues that flit all over the place and are where the score sags somewhat; pruning a couple certainly wouldn't have gone amiss. Then again, when required, Powell can write music of gentle emotion with the best of them, a special nod to the lovely Ellie Remembers which recalls the genuine sympathy of Checking Out the Cave from David Newman's original. There are a few amusingly ridiculous tracks, notably the two Sing-A-Longs with Sid which revel in their off the wall silliness, but behind the daftness there's some tremendously skillful arranging. A few witty amendments to the lyrics of Food Glorious Food follow and, even if it takes one out of the flow of Powell's score, is too enjoyable to skip.

The second half contains a heavier dose of action, but unlike Robots where Powell tended to let the style slip into slightly more generic territory by the end, the action here remains well written, albeit surprisingly intense in Manny to the Rescue and Rescues All Round. However, when a triumphant injection of the main theme kicks in, Powell reasserts the colourful sound world of animation scoring. A reprise/variation on Sid's Sing-a-Long, followed by a suitably conclusive finale round out the album. Aside from his evident talents, one thing that warms me to Powell is that all his scores are evidently written with thought and care. Jerry Goldsmith made a career out of scoring films with more distinction than they deserved, a fate that does not seem to have befallen Powell so far, but it means that even when one album isn't quite as winning as another, there is still plenty to enjoy and such is the case here.
A Second Ice Age Is Coming!

Manny, Sid and Diego return in another incredible adventure. The Ice Age is coming to an end, and the animals are delighting in their new world: a melting paradise of water parks, geysers and tar pits. But when Manny, Sid and Diego discover that the miles of melted ice will flood their valley, they must warn everyone and somehow figure out a way to escape the coming deluge.

Soundtracks from the collection: Ice Age