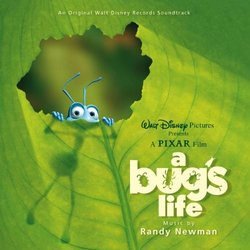 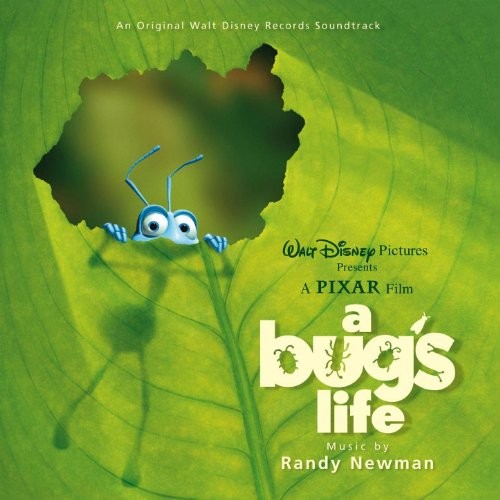 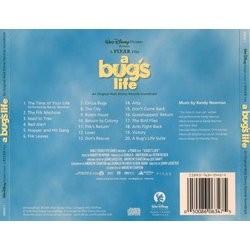 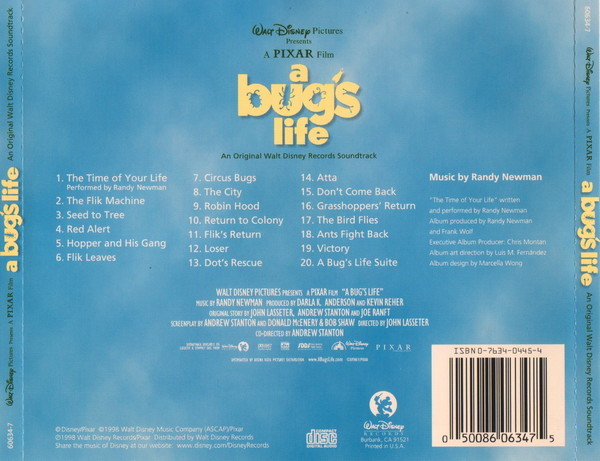 Show reviews in other languages
A Bug's Life - 08/10 - Review of Tom Daish, submitted at 2010-10-02 09:48:13 en
After his success with Toy Story, it seemed fairly obvious that those bods down at Disney and Pixar would get him in again for their latest epic of miniature proportions (to coin somebody else's phrase....). Disappointingly, A Bug's Life only includes one song. Whereas Toy Story had three songs, The Time of Your Life is the only vocal contribution that Newman makes. Having said that, it's a great song, ultra catchy (as would be expected) and featuring all the usually Newman trademarks.

Newman's approach to comedy scoring is often infuriatingly literal, with every little change, movement and action copied, Carl Stalling fashion into music. This is probably the biggest complaint about Toy Story, which falls down badly as a result. However, a Bug's Life is peppered with several themes, not least that of the song, but also a pastiche Western theme which sounds annoyingly similar to something, but I can't for the life of me work out what. Verbatim copying of the action doesn't occur too often and so things tend to run together just nicely. Being a kid's film, every kind of overblown emotion appears at some point. The best parts are those that are overblown and exciting, such as The Flik Machine which is three minutes of big band jazz that is possibly the most enthusiastic piece of music I've heard in ages! It is reprised a couple of times later, most notably in The City. Circus Bugs features an Arabian influenced theme that is very similar to that used by Alan Menken in Aladdin, which is very strange given the nature of the rest of the score. The suite at the end neatly sums up the major themes, although given how bouncy the of the score is, it seems rather restrained.

It is almost unfortunate that Newman's score is competing with the efforts of Messrs Gregson-Williams and Powell in their own buggy outing, Antz which was probably a more creative outing in some ways. However, Randy's fantastic grasp of the full orchestral palette and endless energy make it a better, more rounded effort than Toy Story and gives him a chance to have fun in between his more intimate and serious efforts. Even if it's not a patch on Pleasantville which was released at about the same time, it's well worth a listen and will definitely be enjoyed by anyone who enjoyed Toy Story or James and the Giant Peach.
Golden Globes: Best Original Score (Nominee)
Oscars: Best Original Score (Nominee)