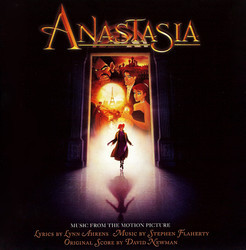 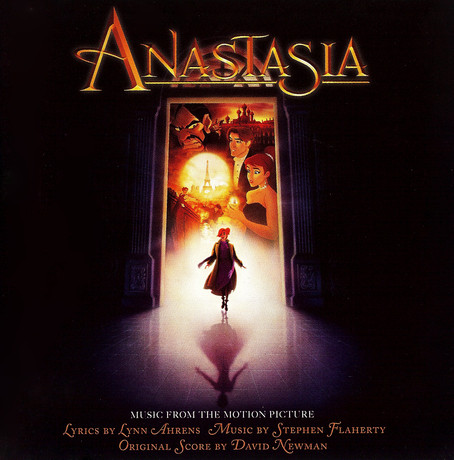 Show reviews in other languages
Anastasia - 08/10 - Review of Tom Daish, submitted at 2010-10-02 09:23:34
This is a serious contender to knock off the Mousedom's crown, great songs and a reasonable score combine to make it a very good release. The songs are similar in style to Alan Menken's efforts, but I think sound more like a Broadway Show than Menken's. This is not a bad thing as it provides a slightly fresh approach to an animated film while still keeping within the pre-set boundaries. It gets off to a cracking stars with A Rumour in St. Petersburg which effectively sets the scene and gets off to a great start with a big production number, much like Belle from Beauty and the Beast. Then follow two great solo numbers sung by Anastasia, Journey to the Past which actually sounds more like one of those songs that is looking to the future, the 'yearning' song, fortunately, it never comes across as too sappy, which is a relief. However, my favourite has to be Dark of the Night. It is usual that the villain gets the best lines and the best songs and in this case, he certainly gets the best song! Jim Cummings does such a convincing Christopher Lloyd, I was surprised that the song vocals were done by someone else. Rasputin is a malicious and evil character and the song does nothing to dispel that. There is an almost sadistic happiness to the tune which gives it a bizarre combination of emotions and makes it just that bit different from usual purely minor mode villain songs.

Learn to Do It is one of those songs that recalls something else you've heard, but can't place. However, it is (as the title subtly implies) a learning song where Vladimir and Dimitri teach Anastasia how to be a princess and so the three bounce their lines off each other and it's most effective. It also manages to add some great rhyming into the mix as well. Paris Holds the Key is a French music hall type thing that I don't really care for to be honest. It's as near as the score gets to a love song, but it's not romantic, but rather lots of neurotic French people saying that Paris is a good place for romance, bit of a shame. A proper love song would have capped off the songs quite nicely. The pop versions sound more like usual teeny bopper pop songs, especially the first one, At the Beginning which sounds like it was written for some boy band, but it's quite catchy. The other two are arrangements of the two solos that Anastasia has. Both are inferior to the film version as they loose the musical sound to them and pander to sounding far too 'poppy' for my liking. Still, they are likeable enough. This makes an interesting, although not totally dissimilar musical and can by recommended to Disney fans whole heartedly.

The score is also particularly strong and incorporates some of the themes from the songs quite well, although I think they could have cropped up more often. There are some Russian mannerisms in some of the music, although they aren't overbearing and certainly add to the atmosphere. The Nightmare is a particular highlight. It includes a rousing choral section that is actually quite frighteningly intense, even on its own, so I can't wait to find out how it comes out in the film. The other sections are reasonably quiet and there is a requisite happy ending. It avoids the usual animated scoring style of Alan Menken and does like Hans Zimmer did in The Lion King and writes music that would be suitable for a non-animated film albeit with a dash of animated fun from time to time. I am told that some other great cues are missing, but the short selection here provides a good cross section of the score and show what a great composer Newman is.