The Rescuers Down Under 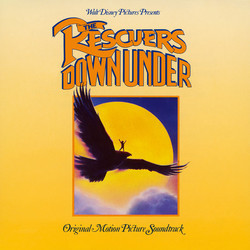 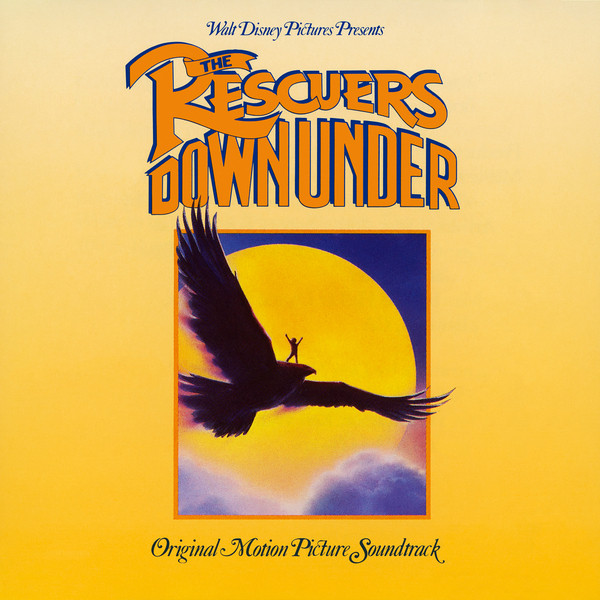 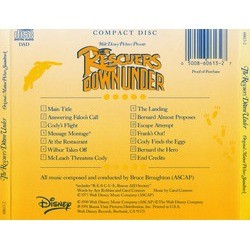 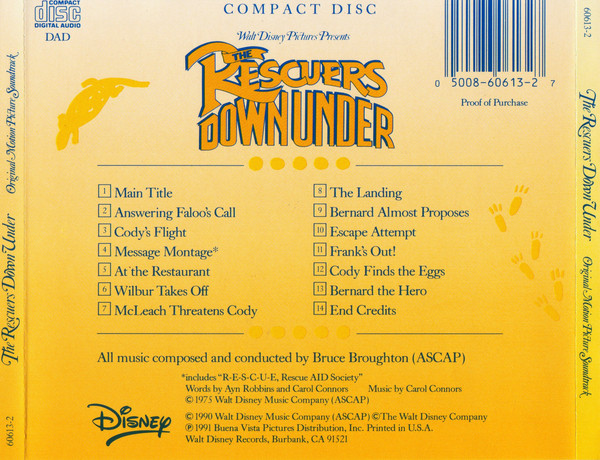 The Rescuers Down Under - 08/10 - Review of Tom Daish, submitted at 2010-09-26 13:19:29
After languishing in the annals of sometimes dire, but large(ish) budget television dramas such as Quincy and the odd low budge film, Bruce Broughton finally managed to break into scoring for decent feature films. This relatively early effort is for Disney's last song-free animated feature before the current run of successful animated musicals was started with The Little Mermaid (although Rescuers Down Under was actually released just after The Little Mermaid). It also marked the first time that Disney made a sequel and this was after around a fifteen year gap. This is quite surprising given that, as pointed out by more than one movie guide, Bernard and Bianca aren't perhaps the most enduring of Disney's creations. However, this kind of family film is what Bruce Broughton does best and usually writes something that is entertaining, tuneful and full of orchestral fun.
The Main Title features one of only a few more native sections designed to suggest Australia and the outback, although there is a fortunate lack of digaredoo. The orchestra comes into its own with the soaring Cody's Flight, full of heroic brass and swirling string passages, although even better is the exuberant Message Montage which features R-E-S-C-U-E, Rescue Aid Society, from the original film. It is a requirement that all animated scores feature at least one comedic cue and this is no exception, At the Restaurant duly provides us with some more playful musical antics. The Landing extends these ideas to a larger scale with some comedic brass effects and Carl Stalling type silliness.

Wilbur Takes Off steps completely out of style with a strange pop/rock type effort with electric guitars that is entertaining, but seems strangely out of place amongst the rest of the score. Bernard Almost Proposes adds an extremely brief dollop of romance, although this is soon superseded by some ethnic wooden percussion motifs. The final few cues offer a little more light hearted action and even a bit of western heroism toward the end of Frank's Out. The End Credits are a fairly modest reprise of the major themes and end on a fairly subdued note.

While out of print for over a decade, Disney have finally re-released the album and added three songs from the original Rescuers film. Frankly, these are fairly dispensable and what we'd all have preferred was more of Broughton's music, but we should be grateful that the album is available once more after having been a top collectible for many years. Not a classic Broughton score, but as with all his family orientated efforts, great fun, melodic and memorable. Recommended (before it goes out of print again!)

Other releases of The Rescuers Down Under (1990):