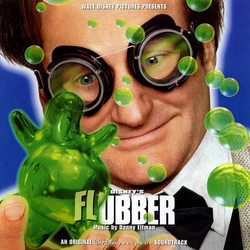 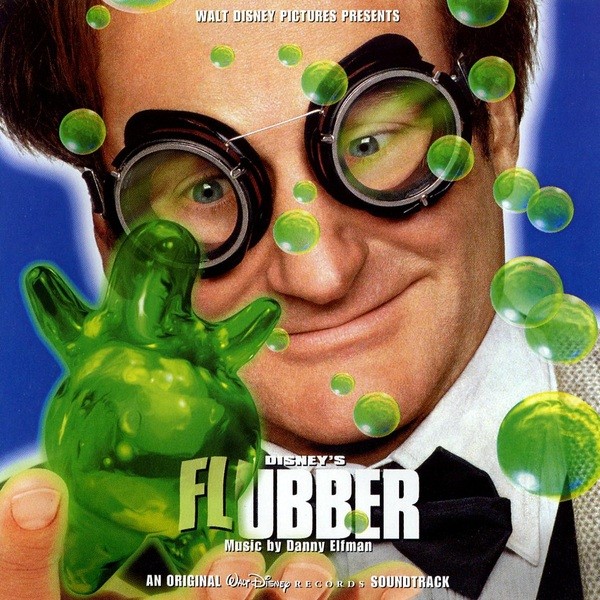 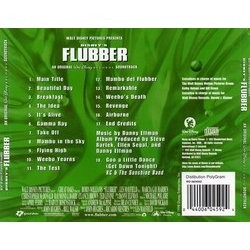 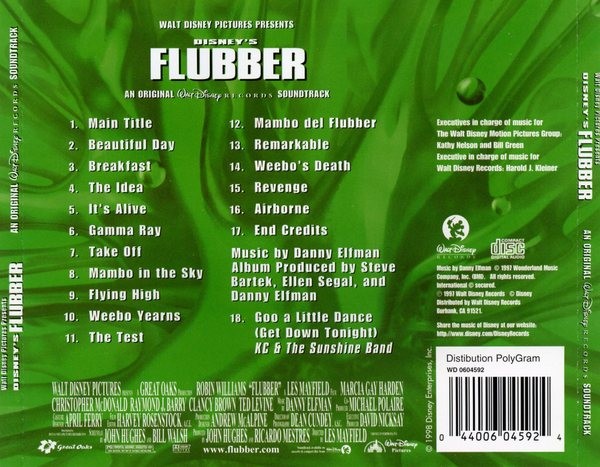 Show reviews in other languages
Flubber - 06/10 - Review of Tom Daish, submitted at 2010-09-10 23:39:39
This is an interesting score that doesn't seem to have been very popular with people, apart from the first person who ever mentioned the score, he raved about it. It has certainly taken some time to grow on me and although there are some better Danny Elfman scores, this one is most entertaining. I will admit that it can be a little on the ear-bleed inducing side at times, especially in the more raucous Mambo sections, the Mambo del Flubber springs to mind. The trumpets are piercing and wailing, which can be annoying, also the fact that they are often a little unrelated to the pulse of music means they stick out for the wrong reasons. Many have commented on the lack of themes, that is something that I find disputable, there are plenty of enjoyable, sad and bouncy tunes all over the score. The basic mambo motif is an obvious starting point, then there are some more subdued tunes, most notably a gentle piano tune as well as a more mischievous tune that perfectly conjures up images of a nutty professor tinkering with something.

The end credits pretty much reprise all the major themes, although it does tend to descend into just percussion, and interesting though percussion can be, it doesn't really sustain itself. I've never been ever so keen on Danny Elfman end titles, he never seems to arrange the themes in an interesting manner and these, being somewhat longer than usual, are no exception, although having more than just the main theme is actually a departure from his usual method. There is a slight sag in proceedings during Remarkable and Weebo's Death, two cues which have somewhat aimless piano solos and more evoke James Horner-type mood than have any specific melody. Either of the cues separately, would have been preferable. The aforementioned Mambo del Flubber is quite a fun number, although the tune does seem to be drowned out just a little too much by the extraneous trumpet screeches and weird noises.

There seem to be some extraordinarily short cues, which perhaps would have been better combined into one, Take Off and Mambo in the Sky as a prime example, still, the score jumps around quite a lot from style to style (although this doesn't tend to happen within individual cues on the whole). I think this is a score that only Danny Elfman fans will enjoy to any great extent, or fans of mambo music. It doesn't have the great themes of some of his most popular scores (although there are some catchy motifs), but as a kid's score, only James Horner with Casper and the like turn out better, although the lack of overtly sentimental music is a bonus, emotive, but not quite as treacly as it could be. It's also a lot more fun than most other composers would have had with the material and this was certainly a highly suitable film for Elfman to score.