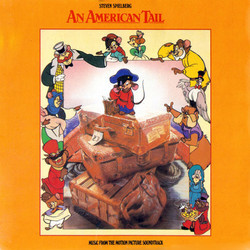 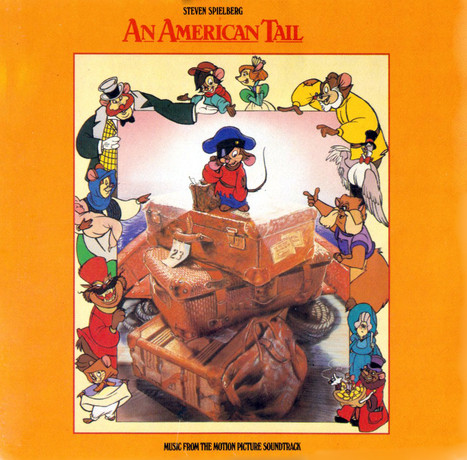 An American Tail - 10/10 - Review of Tudor H., submitted at 2010-01-14 22:43:25
By the middle of the 1980's, Horner was beginning to gain more and more attention on the film score stage. He already scored two Star Trek movies, Ron Howard's 'Cocoon' and James Cameron hit Sci-Fi 'Aliens' (for which he received his first Academy Award nomination for Best Score). But now, he was about to make a large step, demonstrating not only his talent for scoring, but also his songwriting capabilities. An American Tail did that for him. And it turned out to contain one of the most famous songs in movie history. What a way to begin his songwriting journey.

In conclusion, An American Tail remains a highlight in Horner's career, mainly because it really put him into the spotlight. And, along with the The Land Before Time, this is the best animated score that Horner has written for an animation feature. Also, it demonstrates Horner's talent to write both film scores and songs. Luckily, this hasn't gone out of print so you can still find it very easily. In fact, this one and The Pagemaster are the only animated scores written by Horner that are still a regular releases. This one really deserves a 10, for both the score and the songs. Highly recommended!
An American Tail - 08/10 - Review of Tom Daish, submitted at 2010-09-26 19:17:48
A charming score for the Don Bluth animation. It has several songs, the best of which is Somewhere Out There which has to be one of my favourite songs from any film. The film version is a bit too sweet and may make some people sick, I mean, this is singing mice! The Ronstadt and Ingram version is lovely though. The best of the other songs is probably There are No Cats in America which is half sad verses and half joyful choral work. The actual score is a lot less exciting than I thought it would be. This is not a criticism, but it is just quieter than I thought. It is, very good though and has some lovely moments in it, occasionally adding in the choir where appropriate. The strange thing about this score is that there are many highly original bits and these are beautiful, but there are also many parts that appear in other Horner scores, both before and after this was written. Fortunately, they all gel quite well and produce and fine score. Comparing it to a Disney score would be difficult. It is perhaps more like The Lion King in the sense that it has a very good score but not such great songs. However, I think the songs are better than some of the Lion King ones. I would certainly recommend this to all Horner fans and fans of animation as I think it is nice to have something different to the Menken scores.