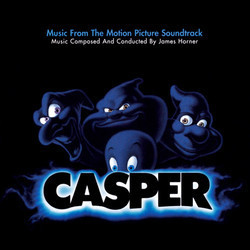 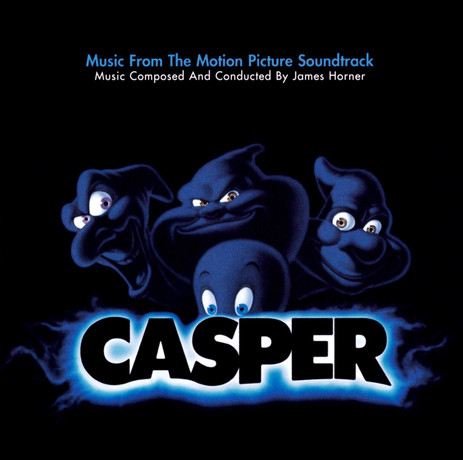 Show reviews in other languages
Casper - 08/10 - Review of Andreas Lindahl, submitted at 2008-01-20 21:25:40
James Horner seems to excel when writing for children films. His scores for animated films, such as An American Tail and Balto are all very enjoyable, as is this charming and beautiful score for Casper. As innocent and kind as the friendly ghost Casper, the majority of the music for this film is cute and soft, like the stunning "Casper's Lullaby", which features a wonderful rendition of Casper's theme, performed by piano, strings and wordless choir. And the bitter sweet "Fond Memories", a little depressing but oh, so beautiful.

But the score also boasts some great fun. Especially when Casper's uncles are on screen. These three ghosts are portraid with groovy and wild jazz music. And the villains have been given an entertaining march, heard in "Carrigan & Dibs" and the quirky "March of the Exorcists". "First Haunting/The Swordfight" includes some grand adventurous music, complete with choir, Horner's crashing piano, hammond organ, and with quotes from the score for The Sea Hawk - an inside joke for those familiar with Korngold's score.

In short, Casper is a very entertaining score, with both lush, sweeping music, as well as more upbeat parts - there is something for everyone on this soundtrack. Apart from Horner's score, the soundtrack includes two pop songs, being "Remember Me This Way", performed by Jordan Hill and "Casper the Friendly Ghost", sung by Little Richard.
Casper - 10/10 - Review of Tom Daish, submitted at 2010-09-26 19:37:16
After borrowing this off a friend (thanks Paul!), I couldn't wait to buy it. As a bit of a sucker for fun scores for kid's films, this one really appealed to me. Matching James Horner with some spooky going on, a bit of Danny Elfman style thrown in and you have one of Horner's best from 1995. Casper's theme is very touching and will bring a tear to your eye the first few times you listen to it. The creeping about parts are done with occasional bursts of orchestral colour as well some big band jazz. This is one of Horner's most thematically rich scores, it contains masses of themes and melodies, many more than I can say I've noticed in any of his other scores (if you know different of course....). The villain's theme is a mock menacing march that is put to good effect in tracks such as The March of the Exorcists where Carrigan and Dibs (the villains) try to evict the ghosts from the house. My favourite track is First Haunting/The Swordfight which contains some Korngold esque trumpet fanfares as well as some light hearted action/fright music. For those who like Horner and/or fun children's scores that are a cut above the rest, this is a sure fire hit.