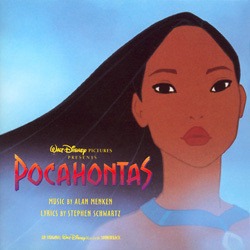 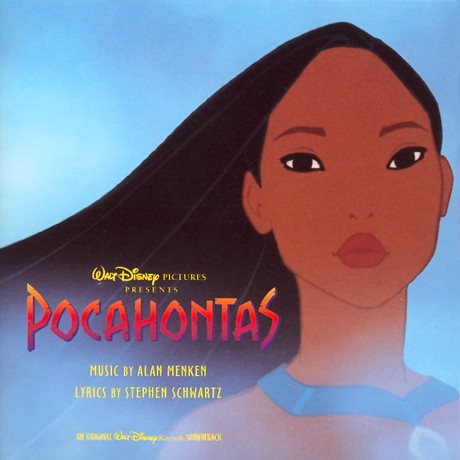 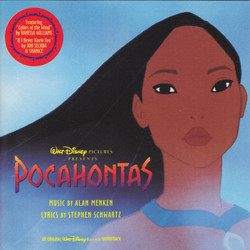 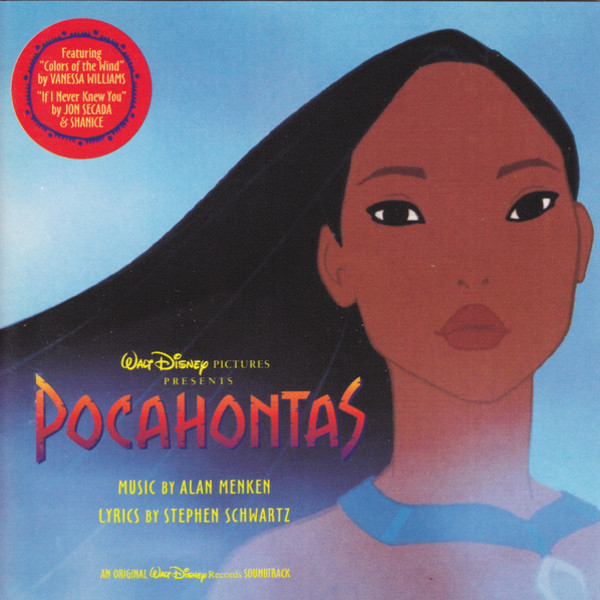 Show reviews in other languages
Pocahontas - 06/10 - Review of Tom Daish, submitted at 2010-09-29 22:55:08
Fresh off the success, both financial and artistic, of The Lion King, Pocahontas was something of a disappointment. The first Disney film to be based on an historical event, but carefully amended to turn it into a thinly disguised morality tale about tolerance for both fellows humans and nature. They should just have handed out Michael Moore books, far more interesting. To be honest, in the case of the treatment of Native Americans (are we allowed to call them American Indians any more?)!, I fear the damage has already been done. Ultimately, as a film, Pocahontas tries too hard with its lessons and is further sabotaged by generally poor characters and a particularly poor villain, similarly self centred as Beauty and the Beast's Gaston, but in a supposedly realistic context, is merely a silly caricature and remains tediously one dimensional. Alan Menken rarely contributes anything less than polished, but that's pretty much all his music to Pocahontas offers, a solid, but surprisingly unmemorable selection of songs and a reasonable score.
Starting with the best; Pocahontas is blessed with two superb songs for its leading lady. Just Around the Riverbend is a breathless, breezy introduction to the nature of New England while the big song, Colours of the Wind, is both memorable and beautifully sung.

As the first score without the contribution of Howard Ashman, Stephen Schwartz's lyrics occasionally seem pretty simple minded, rhyming and scanning, but without the tongue twisting wit of Ashman. The other songs are a little disjointed one way or another; the opening Virginia Company is very similar to The Little Mermaid's opener Fathoms Below and Ship at Sea is very much like The Storm from that score. Steady as the Beating Drum injects a faux Native American chant into the mix, which works well enough, even if it feels a touch tokenistic. Grandmother Willow and Listen with Your Heart are somewhat incidental, pleasant at the time, but ultimately unmemorable.

The token villain song, Mine, Mine, Mine highlights the one dimensional nature of the character, through weak and somewhat crass lyrics, indicating a patronisingly single minded opinion which beats the listener over the head with the message. Natives = good and noble, whites = bad and greedy. (I could make some rude comment about studio executives there, but I won't.) The same could be said for Savages, which also has the misfortune of bringing back memories of The Mob Song from Beauty and the Beast as a kind of gathering of forces, with Pocahontas stuck between loyalty to her people and loyalty to her new man. Menken's scoring has generally improved from film to film and Pocahontas is technically more polished and the approach is more serious and refined. There are a couple of chirpily comic woodwind passages for the antics of the film's obligatory cute animals (although at least they don't talk, let alone sing).

One of the major themes for the underscore comes from If I Never Knew You, which would have become the film's main love song, but was cut from the body of the film after the preview audiences thought the sequence boring. Unfortunately, omitting it scuppered the believability of the romance between Pocahontas and John Smith which seems to just suddenly happy, the song would have bridged the gap in the story. It is saved from disappearing all together by a rather naff pop version performed by John Secada and Shanice. It would be nice to hear the original, performed by Mel Gibson (as are several of the other songs) and Judy Kuhn. As it turned out, Colours of the Wind became the film's title song and is naturally rearranged for the credits and performed by Vanessa Williams. As ever, the pop version is that bit less interesting than that used in the film and Williams' warbling voice is not nearly so splendid as that of Kuhn. A score that isn't without its moments, but after the splendour of Beauty and the Beast and breathless excitement of Aladdin, distinctly underwhelming and not a patch on Menken's next outing, The Hunchback of Notre Dame.
Golden Globes: Best Original Score (Nominee)
Oscars: Best Original Score (Winner)