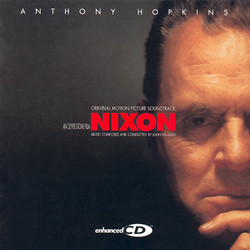 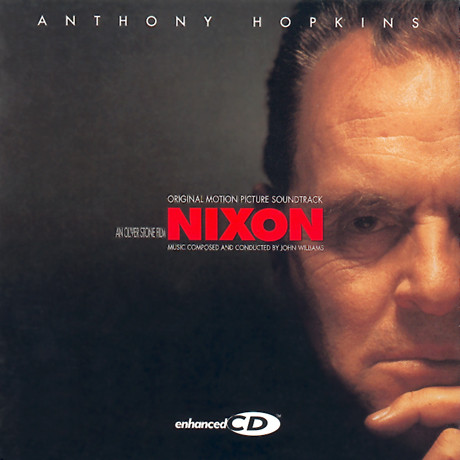 Show reviews in other languages
Nixon - 04/10 - Review of Tom Daish, submitted at 2010-10-02 13:18:46
This dark brooding soundtrack for the Oliver Stone film is certainly not the most exciting Williams score ever. The main theme is a great propulsive theme for brass with a synth backing, although it starts suspiciously like The Imperial March, but the similarity is only superficial. It comes to the fore in the opening track, mainly and once in while in later tracks. There is also a more wistful theme for trumpet that occurs once in a while. Even so, the rest of the score is just dark brooding music that doesn't really sustain the interest that much. Track 9 has some more exciting stuff, with the more usual Williams brassy fanfares, but otherwise it's a bit dreary really. I haven't seen the film, and I imagine it goes quite well in context, but alone doesn't really pull it off. The sort of score I would happily not have bought if only I had the main theme (Track 1) on a compilation CD, alas, this does not yet exist.
Nixon - 06/10 - Review of Andreas Lindahl, submitted at 2008-01-20 21:25:40
This has to be the darkest score I have ever heard coming from Williams. This is not easy listening. At least I don't enjoy listening to this score, but it's great for the movie, and that's its main purpose. There's a beautiful trumpet solo by Tim Morrison in "Growing Up in Whittier" and the main theme march is very reminiscent of the "Imperial March", but it's a great march, so I forgive him... The rest of the soundtrack is rather dissonant and atonal, and not really interesting.

The CD is enhanced, containing interviews with Williams and Stone, the trailer among other things to view on your computer.
Oscars: Best Original Score (Nominee)