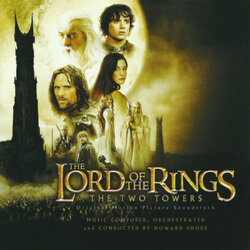 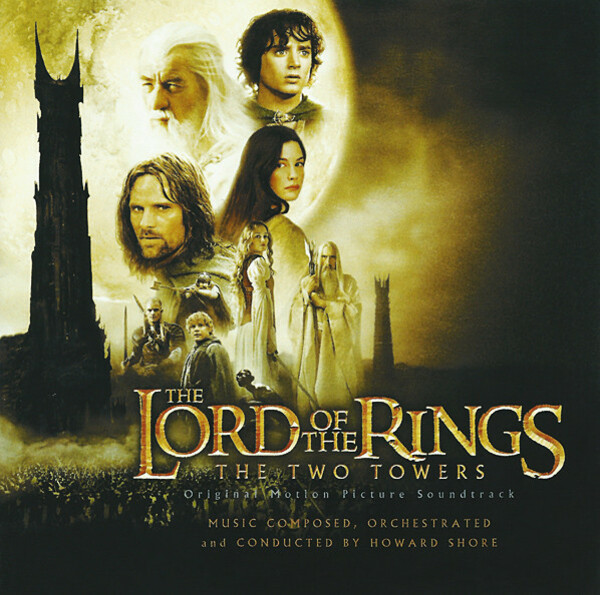 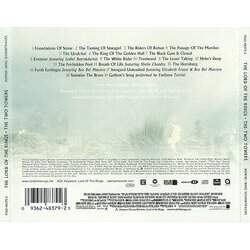 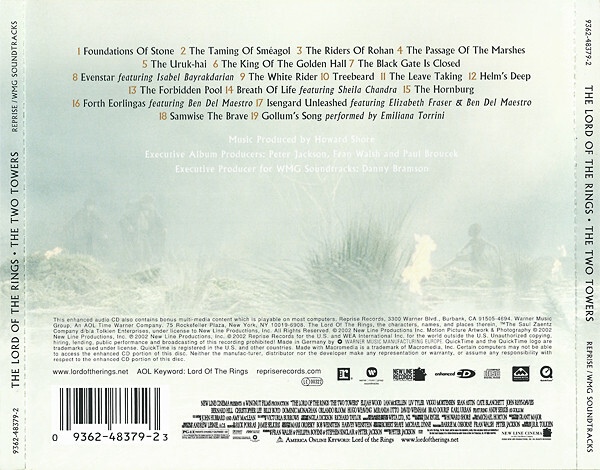 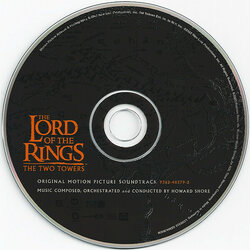 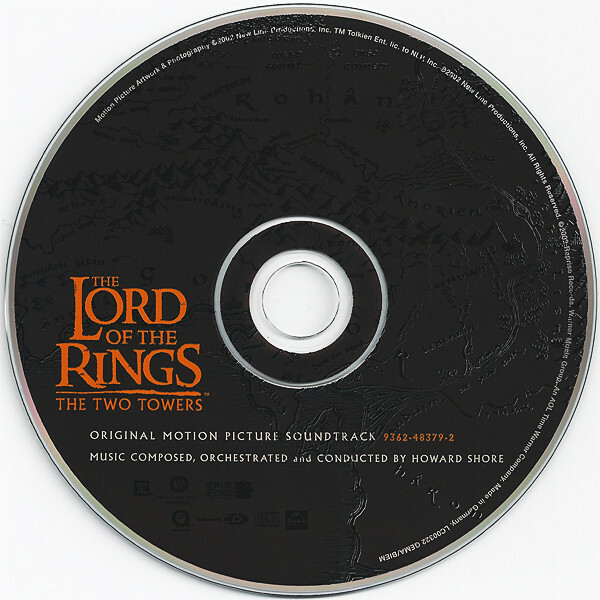 Show reviews in other languages
The Lord of the Rings: The Two Towers - 09/10 - Review of Tom Daish, submitted at 2010-10-09 12:13:03
Howard Shore's Academy Award for The Fellowship of the Ring is probably the best Dramatic Score decision the Academy have made in a number of years - it is certainly pleasing that a grand, main stream fantasy score can win instead of the increasing stream of more obscure and often undeserving winners (Il Postino anyone?). Whether he can do it again, I am less easily decided, if he did, it would serve to highlight the injustice of many classy sequel scores being denied a trophy - Williams' Empire Strikes Back and Goldsmith's Final Conflict to name but two. The Two Towers is the 'dark' middle chapter in the trilogy where all hell breaks loose and things become very dark indeed. It also introduces the world of Men into the saga, which might come as a shock, but consider the characters from the first book - Hobbits, Elves, Wizards - all mythical, even if they look more or less human.

One justifiable criticism (albeit a fairly minor one) of the first score, particularly within the film itself, was the overuse of the Fellowship fanfare. There were just a few too many aerial shots of the party travelling through New Zealand, sorry, Middle Earth when the fanfare would appear. I did wonder what else Shore could do with the melody as there isn't much to it, but of course the Fellowship is disbanded at the conclusion of the first film and so the theme only appears a couple of times here. The pastoral Hobbit theme appears very infrequently too, most notably during The Taming of Sméagol, but even this appearance is short lived. Foundations of Stone opens The Two Towers in strident style with pounding brass, percussion and chorus, certainly a thrilling way to begin.

With Men being a more prominent race in the film, it is only fitting that they are given their own melody and this is, perhaps surprisingly, a fiddle melody and although it does have a strange folksy quality, it is bolstered by such rich orchestration in its first appearance during The Riders of Rohan, that it becomes stirring and impressive. Perhaps the only downside to a solo fiddle above such a surging orchestra is that the mixing becomes obvious given that a soloist couldn't really be that prominent. Two new non-human characters also get their own theme; Treebeard has a quiet march, notably featuring bassoon, one wonders whether this decision has any subconscious link with John Williams' Bassoon Concerto, The Five Sacred Trees. The other of these characters is Gollom, my precious, whose most notable moment is Gollum's Song which seems to make the end title. Certainly a surprising change in tone from Enya's finale from The Fellowship of the Ring.

The epic battle of Helm's Deep is taken up by the few tracks starting with The Hornburg and Shore has naturally written the music on a large scale, although the quasi hymnal chorus that concludes Isengard Unleashed leads me to suspect that some portion of the battle is done in slow motion, without sound effects a lá the end of the opening battle in Gladiator. Unfortunately, the middle section is a little slow going at times. The White Rider is quite beautiful, but The Forbidden Pool and Breath of Life are a bit too restrained and gloomy, not really possessed of enough emotion or dynamism to hold their own. I wonder if it is the same problem that beset something like Elfman's Sleepy Hollow where the sheer bravura of the louder sections simply overwhelms the quieter material.

In retrospect, I am perhaps less convinced by the original score than I was when I first heard it and I admit to finding The Two Towers just a little heavy going at times. It is undoubtedly spectacular, but the spectacle can wear thing on occasions while the quieter parts don't have the warmth of the first film to find the right balance. The first score was given Wagnerian allusions which, in terms of scale, are quite reasonable, but for emotional impact, perhaps just a touch hyperbolic and The Two Towers continues this trend. There are plenty of great moments and it is surely better than almost any other score this year in terms of scope and ability to thrill, but aside from the occasional hair raising moment of excitement, I find it difficult to connect with the music as much as I'd like to. However, it is superbly wrought music and likely to be an impressive support for the film, Shore continues to impress.
World Soundtrack Awards: Best Original Song Written for a Film: "Gollum’s Song" (Nominee)