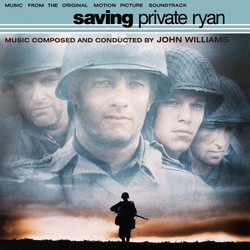 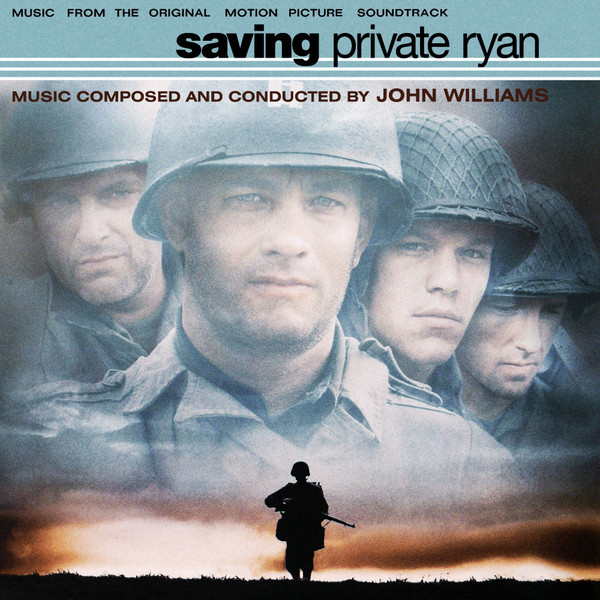 Show reviews in other languages
Saving Private Ryan - 10/10 - Review of Tom Daish, submitted at 2010-10-02 13:24:01
For Steven Spielberg's graphicly realistic and powerful World War 2 film John Williams has written a score of gentle power and understated elegance. Although some of the music accompanies highly realistic battle scenes with an almost documentary feel, the music never really plays above a mezzo forte. Many have complained that the music is too slow and boring, however I found listening to Williams music a profoundly moving experience that I've never really felt with any other score. It is more of a cumulative effect than an instataneous impact. I feel that for the best listening experience the opening rendition of Hymn to the Fallen should be missed out and listened to only after the rest of the score. There are a couple of reasons for this. The first is that that the Hymn is meant to be the emotional centrepiece to the score and in many ways the music builds up slowly toward it (the Hymn only playing during the end credits in the film). Also, the emotional release is consde rably greater once the more sombre rest of the score has been heard. Hearing the Hymn at the opening is rather like listening to the final track to ET or Close Encounters of the Third Kind without having listened to the rest beforehand.

The Hymn is a very gorgeous piece of music that builds from a gentle snare drum and trumpet duet through a subdued choral introduction of the main theme to a brass choir rendition until finally bringing the final release at the end with a rousing choral and orchestral rendition. To my ears it's more akin to a Williams concert work than a soundtrack cue. I think this maybe becuase the Copland styled Americana only really is fully heard in Williams concert music, much as it is during Hymn to the Fallen.

The main theme from the Hymn hardly appears during much of the rest of the score and only really in The Last Battle can you really make out parts of the melody. That is not to say the rest is themeless per se, but it doesn't have one instantly definably theme that you'll remember afterward (what you will remember is probably the Hymn, mostly becuase it's more uplifting than the score proper). Revisting Normandy is possibly the cue that is most distinctly like Aaron Copland in sound design, with trumpet and horn duets appearing here and there, mainly reminiscent of the Lincoln Memorial to my ears. The pace of the music doesn't change markedly during the score (which is possibly why it hasn't been as popular is it should be, in my opinion). Defense Preparations does introduce some more animated scoring with menacing strings grumbling around giving the music a sense of urgency and bringing to mind Cliff Eidelman's opening music for his Star Trek 6 score, alth ough never building to quite the climax that The Undiscovered Country does. High School Teacher is the longest cue on the album and builds within its self to produce a wonderful, almost self contained track. As previously mentioned, The Last Battle introduces elements of the Hymn as a kind of taster of the music that will produce, rounding off with the full concert piece which will no doubt appear on every Williams compilation from now on!

While this music won't appeal to everyone, indeed it seems to have been really quite unpopular, I have found this to be possibly the best score I've heard all year, not becuase it's spectacular but becuase Williams has so clearly found the human soul to this film, something he unfailingly manages with all his scores, especially ones where the characters are losing their humanity such as this and Schindler's List. I would suggest persevearing with this score as it really beautifully composed and extremely moving.
Saving Private Ryan - 10/10 - Review of Andreas Lindahl, submitted at 2008-01-20 21:25:40
I have waited so long for this score to be released, and finally here it is. When I first heard that Williams and Spielberg were making this film, I thought Williams were going to compose a very bold and lush score with heavy brass fanfares and so on. You know, a traditional score for a traditional war movie. But as time went by, we learned that Spielberg, and Williams were taking a different aproach with this movies (none of the battle sequences are scored for example). Saving Private Ryan is, I think, one of John Williams' most emotional scores (Schindler's List is still number one of course.). The music is rather dark and solemn, with a lot of low strings and brass, especially horns. Williams uses the snare drum in some cues, to create a military, perhaps a little patriotic, sound, but it's never used too much - just a subtle roll now and then.

A lot of people have said that Saving Private Ryan is an uninteresting and boring score, and that William's could, and should, have done much better. (Perhaps they fell in love with the trailer music, The American President by Marc Shaiman. I don't know.) "Nothing happens in the music. It just floats on." I think that many expected Williams to write some great action music for the action scenes, and sure, it would have been nice, but I like this different approach very much. Sure, sometimes it gets a little boring and uninteresting, but I like it anyway, for some reason.

Sometimes the score sounds very much like James Horner's Courage Under Fire, especially the tracks "High School Teacher" and "The Last Battle". One of the themes is very reminiscent of Horner's main theme for that film, for instance.

The album is framed by Williams' "Hymn to the Fallen", a piece written for orchestra and choir. This composition is played over the end credits, and is never heard in the actual film. The piece opens with a slow snare drum before the choir is heard for the first time, very subtle, supported by primarily woodwinds. The music builds up, with powerful brass and choir to a wonderful emotional climax. This cue is without doubt going to become a classic. "It's a piece of music and a testament to John Williams' sensitivity and brilliance that, in my opinion, will stand the test of time and honor forever the fallen of this war and possibly all wars", to quote Spielberg in the liner notes.
Golden Globes: Best Original Score (Nominee)
Oscars: Best Original Score (Nominee)