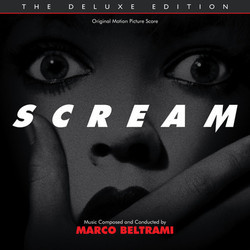 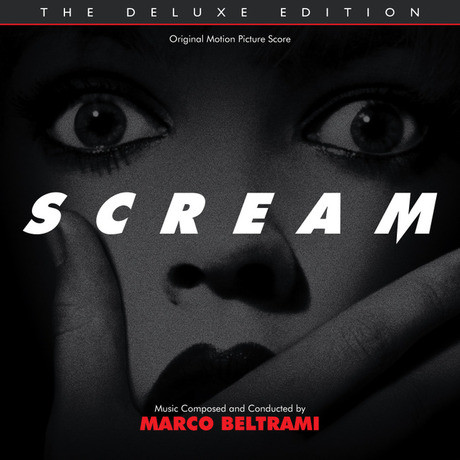 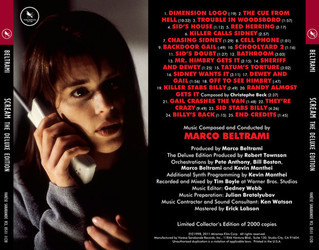 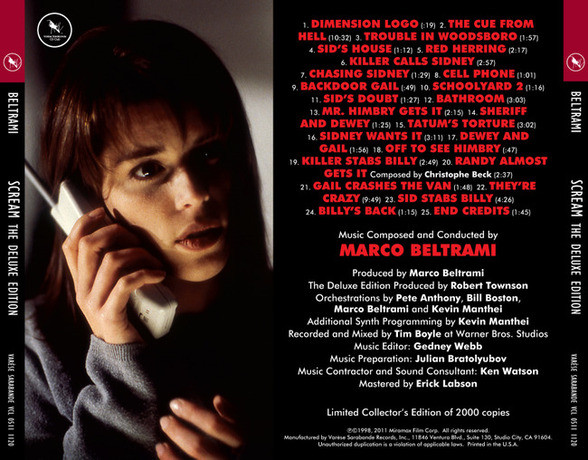 The smash hit that transformed the horror genre was also responsible for introducing one of the most exciting composers to debut in the 1990s!

Back in 1998 Marco Beltrami's expansive Scream score was forced to share a 30-minute CD with the composer's sequel score from Scream 2. It was certainly better than having it never be released at all but the album was missing a lot of music. Finally, 15 years after the film was first released and coinciding with the release of the fourth film in the franchise, a proper Scream release featuring over 60 minutes of music is at last available.

After a series of mysterious deaths, an offbeat group of friends get caught up in a lively mix of thrills and chills! Wes Craven directed a cast that included Drew Barrymore, Courtney Cox, Neve Campbell, Skeet Ulrich and David Arquette.