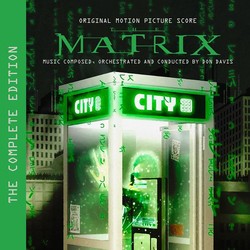 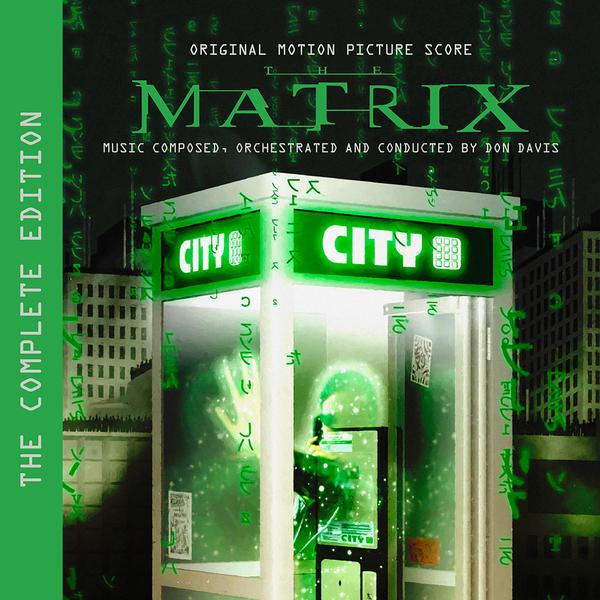 Few blockbusters can claim to be as influential as The Matrix (1999), written and directed by the Wachowskis. From its super high-concept that has wormed its way into the publics imagination (what if were all just living in a computer simulation?), to Keanu Reeves iconic hero Neo, to the brilliant, jaw-dropping and story-based visual effects, The Matrix delivered on all fronts. Its three films grossed over $1.6 billion worldwide, and a fourth is on the way.

The Matrix demanded a score that was as unique, sophisticated and imaginative as its concept and actionand got one from composer Don Davis. Davis, who scored the Wachowskis Bound (1996), reinvented the symphonic language of the action blockbuster by drawing on cutting-edge concert-hall minimalism and his own background as an avant-garde composer, while maintaining the energy, pace and density required of a studio action film.

From the clashing-brass reflections, to the racing strings, pounding percussion and flittering, repeating musical cells, the Matrix score fits hand-in-glove with the films concept of a computer-controlled realityand offers a unique musical thumbprint that is recognizable sometimes only from a single note or chord. It is the rare commercial triumph that is also an artistic landmark.

The Matrix was released by Varèse Sarabande at the time of the film, and then in a Deluxe Edition that fit as much of the score as possible on one CD. By popular demand, these new 2-SACD set, 2 -CD (also available for Record Store Day as a 3LP set), present the complete score. Liner notes feature a new interview with Don Davis conducted by Kaya Savas.


The Matrix (1999) is a 1999 science fiction action film written and directed by the Wachowskis brothers.

Have you ever had a dream that you were so sure was real? What if you couldn't awaken? How would you know the difference between dream and reality? When a beautiful stranger (Carrie Ann Moss) leads computer hacker Neo (Keanu Reeves) to a forbidding underworld, he discovers the shocking truth--the life he knows is the elaborate deception of an evil cyber-intelligence.
Neo joins legendary and dangerous rebel warrior Morpheus (Lawrence Fishburne) in the battle to destroy the illusion enslaving humanity.