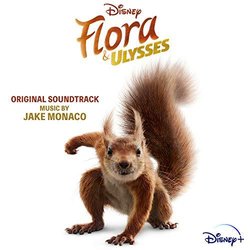 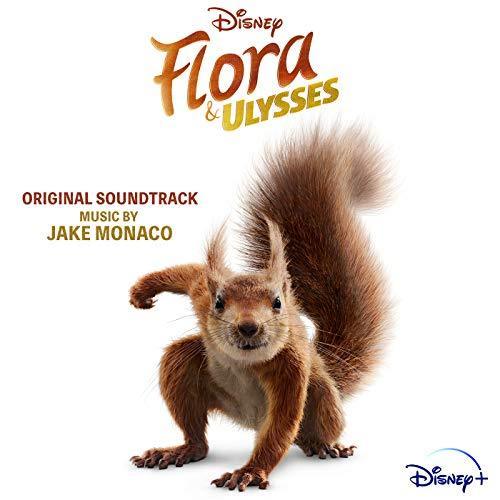 The soundtrack is released digitally since February 19, 2021, available on digital platforms to stream or download from retailers including Amazon.

“Flora & Ulysses” is a delightful comedy-adventure based on the Newbery Award-winning book about 10-year-old Flora, an avid comic book fan and a self-avowed cynic, whose parents have recently separated. After rescuing a squirrel she names Ulysses, Flora is amazed to discover he possesses unique superhero powers which take them on an adventure of humorous complications that ultimately change Flora's life--and her outlook--forever…

About Jack Monaco:
Composer Jake Monaco’s musical fingerprints can be found on some of the biggest film scores of the past decade.
His most recent film scores include Netflix’s Dumplin’ starring Jennifer Aniston for director Anne Fletcher, Fox’s action comedy Keeping Up With the Joneses starring Isla Fisher, Jon Ham, Zach Galifianakis and Gal Gadot, Fox Searchlight’s comedy Absolutely Fabulous: The Movie starring Jennifer Saunders, Joanna Lumley, Rebel Wilson and Jon Hamm, Kindergarten Cop 2 starring Dolph Lundgren, A Cinderella Story: Christmas Wish for Warner Bros. and the Fox action comedy Let’s Be Cops starring Jake Johnson and Damon Wayans Jr (co-scored with Christophe Beck).
His other work includes the classroom comedy Struck by Lightning, the romantic drama Kilimanjaro, the murder mystery Out to Kill, the romantic comedy Playing It Cool starring Chris Evans and Michelle Monaghan, President Obama’s re-election film, The Road We’ve Traveled, narrated by Tom Hanks, Illumination Shorts Yellow is the New Black and Santa’s Little Helpers (which played in front of The Grinch) and Piper, as well as the hit Pixar short (an Oscar front-runner in the animated short category) the score for which Jake arranged, orchestrated and produced. Monaco’s work also includes Scooby-Doo! and the Gourmet Ghost for Warner Bros. Animation.
Upcoming for Monaco is Think Like A Dog, starring Megan Fox and Josh Duhamel, directed by Gil Junger.

In television Monaco’s music can be heard in the star-studded, original adult animated series Human Discoveries with voice talent by Anna Kendrick, Zac Efron and Lisa Kudrow for Facebook Watch and the soon-to-be-released Pixar short series Forky Asks A Question for Disney +. He is also known for enriching the worlds of family-favorite animated series such as Amazon’s The Stinky and Dirty Show, Netflix and Dreamworks Animation Television’s DinoTrux, Be Cool Scooby Doo for Warner Bros. Animation.

Monaco also scored the TV series, All Night for Hulu.
As a producer and composer of additional music for Christophe Beck, Monaco has contributed to the animated magic of Frozen, the record-breaking laughs of The Hangover trilogy, the furry hijinks of The Muppets, the real-life drama of Waiting for Superman and many others.
Official Web Site: http://jakemonaco.com/