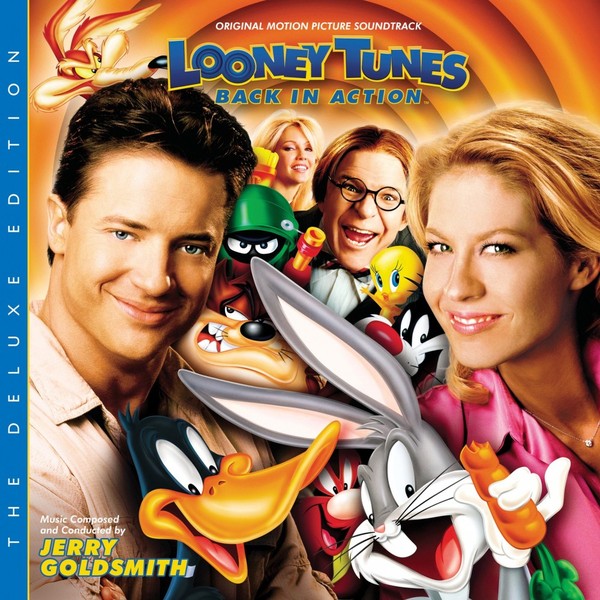 Looney Tunes: Back in Action: The Deluxe Edition (CD)

The globetrotting adventure demanded one of Goldsmith’s zaniest scores ever, a sort of indescribable combination of slapstick, action and whimsy that lurches from high-energy symphonic chases to pop-influenced flourishes to Carl Stalling-styled “Mickey Mousing.” All of it has Goldsmith’s effortlessly melodic touch, with the special brand of left-field inspiration that always accompanied his work for Dante.

Previously released by Varčse Sarabande at the time of the movie, this comprehensive 2CD set features not only Goldsmith’s vastly expanded score, but rewrites and additional music by John Debney, Cameron Patrick and a handful of others—as well as alternates and outtakes by Goldsmith and the complete 2003 album program.

All pale in comparison to the earth-rending, bone-crushing, carrot-chomping, anvil-dropping, tail-feather-scorching, gleefully epic smackdown that is... Rabbit vs. Duck.
Warner Bros. contract players Bugs Bunny and Daffy Duck are up to their feuding ways again in Looney Tunes:
Back In Action.From the Warner Bros. back lot to Las Vegas, Paris and the jungles of wildest Africa, Daffy Duck, Bugs Bunny, their looniest friends--and Warner Bros. security guard/aspiring stuntman DJ Drake (Brendan Fraser)--embark on a madcap quest for the Blue Monkey Diamond, which is also sought by an evil corporate overlord and by the dashing star of a spy-film franchise.