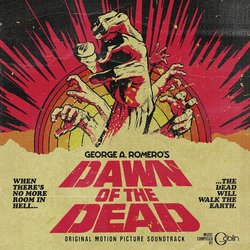 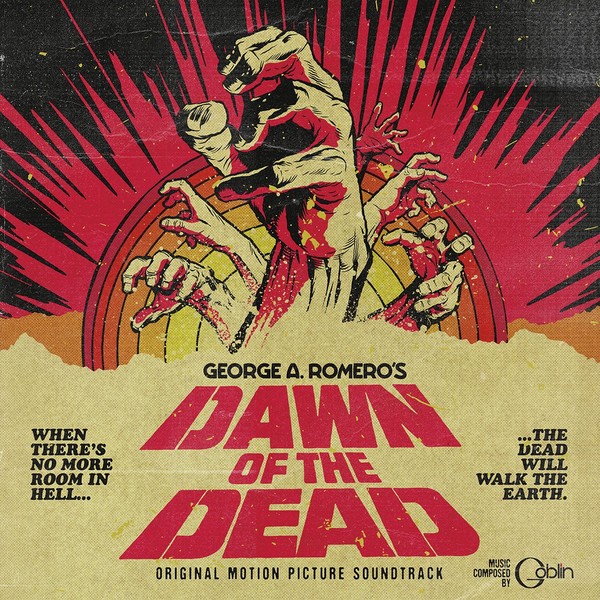 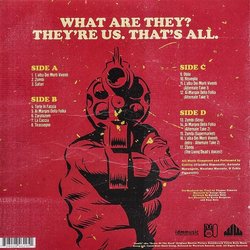 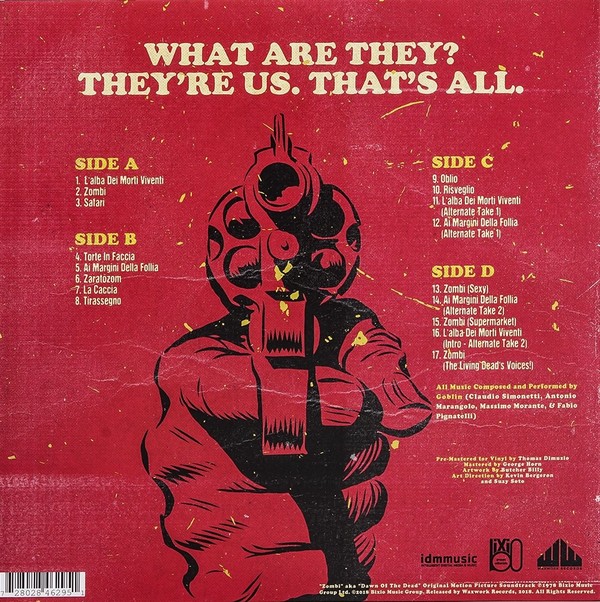 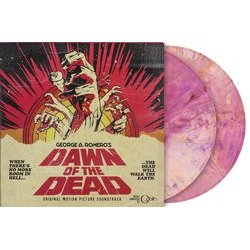 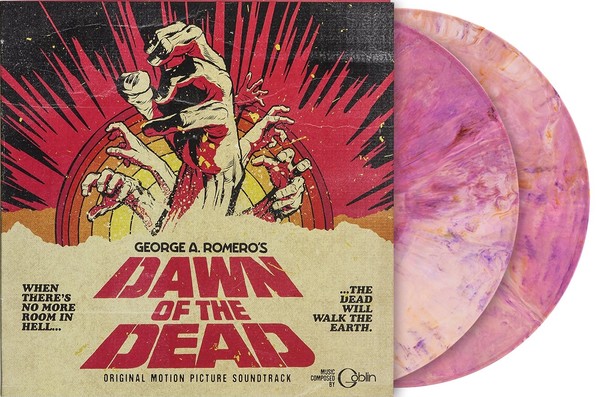 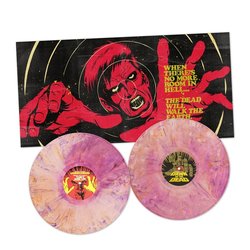 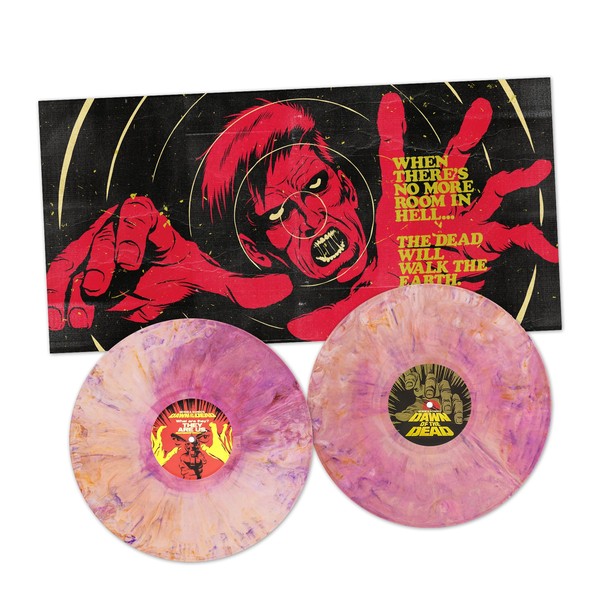 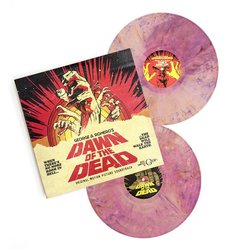 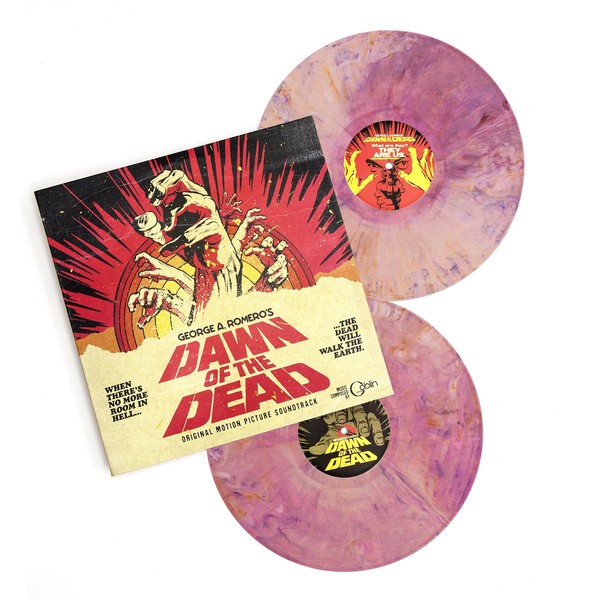 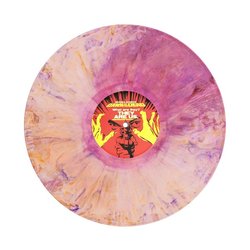 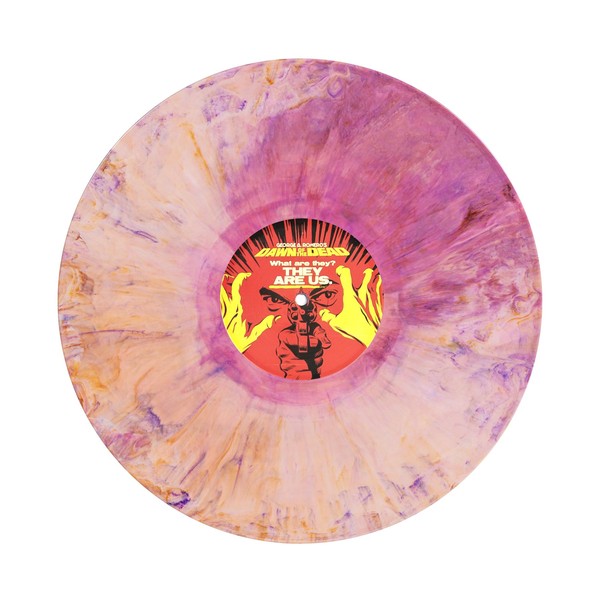 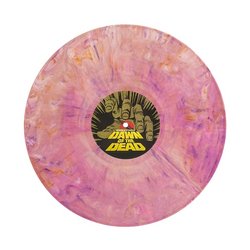 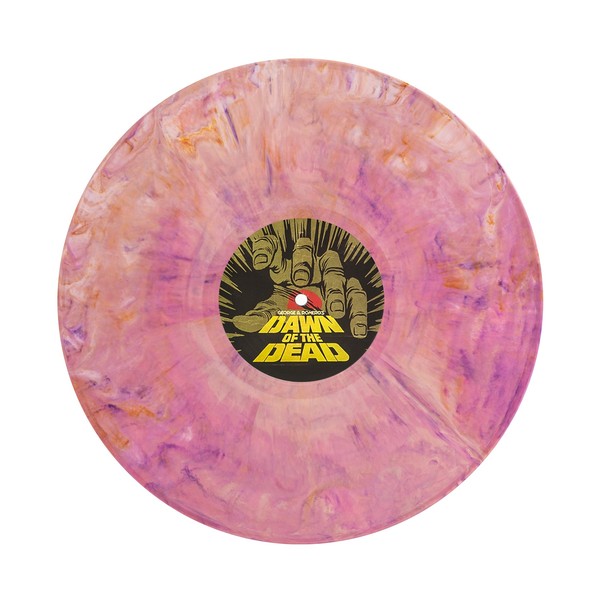 Waxwork Records is proud to announce the highly anticipated re-pressing of our deluxe film score release to George A. Romero’s Dawn Of The Dead (1978)! Scored by Italian progressive rock group GOBLIN, and available in its entirety! This release is loaded with features! Read below for more!

Dawn Of The Dead (also known internationally as Zombi) is a 1978 independent zombie horror film directed by George A. Romero.
It was written by Romero in collaboration with Italian filmmaker, Dario Argento.
It is the second film of Romero’s Living Dead Trilogy, and shows in a larger scale the apocalyptic effects of the dead returning to life, and seeking human victims.

The original soundtrack for the film was composed and performed by long-time Dario Argento musical collaborators, GOBLIN.
For Argento’s international cut of the film, the Italian director used the band extensively.

George A. Romero’s Dawn Of The Dead is considered to be one of the greatest and most compelling zombie films ever made by blending horror, gore, and social commentary on material society.
Roger Ebert gave the film four out of four stars and called it “one of the best horror films ever made.”

The film was selected as one of The 500 Greatest Movies of All Time by Empire Magazine in 2008.
It was also named as one of The Best 1000 Movies Ever Made, a list published by The New York Times.