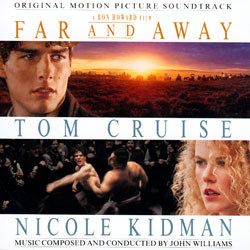 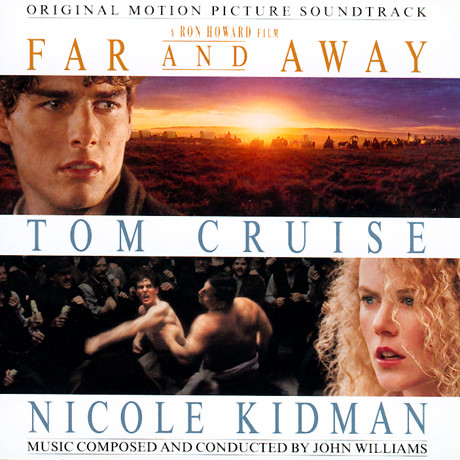 Far and Away - 10/10 - Review of Andreas Lindahl, submitted at 2008-01-20 21:25:40
Along with Horner's Braveheart, one of the best Irish sounding scores ever written. I will compare Williams' score with Horner's, and point out differences and similarities, since many seem to like to compare the two. Like Horner, Williams incorporates traditional Irish intruments, such as the Penny Whistle and the Uillean Pipes, into the music, to create a very Irish sound. He also makes use of the talents of The Chieftans, which really is a great group and they really spice up the music. When Horner's music is more dramatic, sweeping, very sad and downhearted, Williams takes another approach (which isn't so strange, concidering it's another kind of movie). Far and Away is more stirring, positive and upbeat, like for instance in "Blowing off Steam" (which has a very quick Irish melody, played by mostly low strings, later joined by the whole orchestra) and the cues featuring The Chieftans). But there are more romantic, moving parts too, of course, as this is a film about love (among other things), like the wonderful "County Galway, June 1892", the first track, in which the beautiful main theme is presented for the first time, by a lonely Penny Whistle.

The best track is "The Land Race", if you like exciting action/adventure music that is. It's really a great track, performed by the whole orchestra in all it's splendour, with great use of the different themes. Terrific. Other splendid tracks are "Leaving Home" (in which the main theme is given a wonderful sweeping rendition), "The Big Match" and "Joseph's Dream" among others.

The only negative I can think of is that the music gets a little dull in a couple of tracks. "Inside the Mansion", for instance, consists mostly out of slow, "simple" celesta (or is it a Glockenspiel?) and harp music. But apart from that, there's really nothing bad about this score.
Far and Away - 08/10 - Review of Tom Daish, submitted at 2010-10-02 12:46:52
A great ethnically tinged score from Williams that begins with Irish edged music and moves through to more American styled music as the action moves across the Atlantic. It has many great moments, Blowing off Steam is a great little scherzo and is the nearest you get to musically depicting stress! Some of the early action is dotted with Irish Bagpipes to give the traditional flavour to the music. The middle gets a little slow at times, with some rather quiet cues that don't go anywhere. The best of the CD is at the end, starting with The Land Race which is one of those great cues that uses trumpet bursts and fast paced music to build the suspense and compliment the action. This is continued in Race to the River. Book of Days is my favourite Enya song and so I am glad that it is included here. The End Credits for a perfect suite of the main themes. Overall a good score for one of Williams' only forays into more traditional music.
The music of this soundtrack was used in: