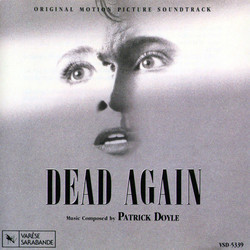 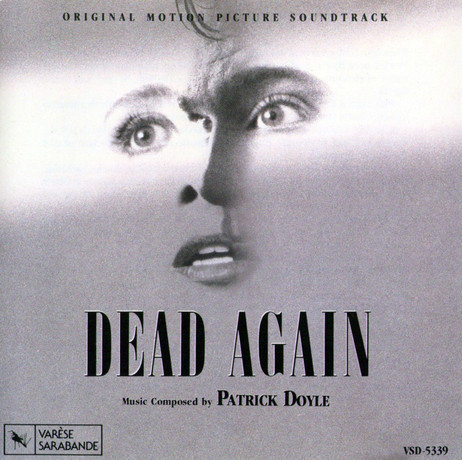 Show reviews in other languages
Dead Again - 08/10 - Review of Tom Daish, submitted at 2010-09-10 23:14:02
From a growling bass note augmented with synths comes out a blaring brass motif and thus begins Dead Again, Doyle's first dabble in the realms of non-Shakespearean scoring. Although the film is meant to be an old-fashioned melodrama with a twist, I felt it sounded much more like a horror score in places. The action cues are frantic and have dramatic, brassy outbursts and there is a choir in Death of a Mad Son. Some of the music is based on the main theme of an opera that Branagh's character is writing during the film and this is a quite lovely, although fairly sombre theme that seems perfectly in keeping with the rest of the music. Several people have commented on the Herrmann/Hitchcock styling the music has. I do agree to some extent, but felt that his later (and superior) score for Needful Things sounded more Herrmann-esque, Vertigo in particular. Well, I'm no expert on Herrmann or Hitchcock, but that's just how I see it.

Although not usually a synth composer, Doyle does successfully integrate a few synth effects into the tapestry of the music and these actually enhance the music quite a lot, especially the strange effect used for the end of the third and final tracks. As seems customary in films, all hell breaks loose towards the end and the brass motif and choral passages become more prominent and this is perhaps where the music really takes flight and shows Doyle's ability for really dramatic scoring.

Many see this is a weak link in the Branagh-Doyle collaboration, but while it's not as good as Henry V or Much Ado About Nothing, it is a very worthy score and again reinforces the view that Doyle is a composer with a vast range for scoring all types of film. I would suggest novice Doyle fans get Needful Things first for a similar kind of score, but it is still worthy of a place in anyone's collection. The short running time doesn't really effect it all that much in this case (although it's always nice to here more music if possible!).
Golden Globes: Best Original Score (Nominee)