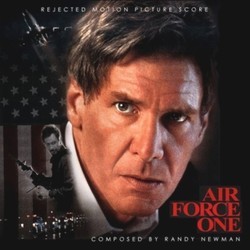 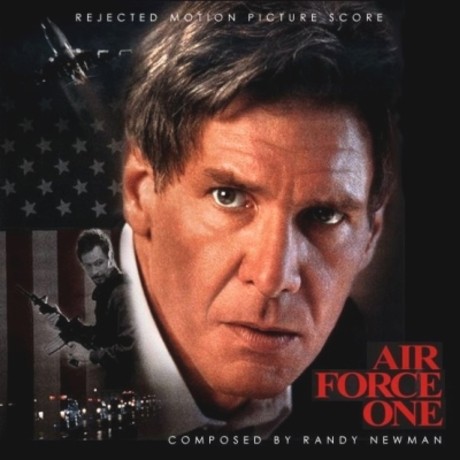 Air Force One - 08/10 - Review of Tom Daish, submitted at 2010-10-02 09:50:32
Great action composers of our time. Let's think. Um, Jerry Goldsmith. OK, that's enough. Randy Newman. Um, no. Yet director Wolfgang Peterson obviously thought that Randy Newman would the an ideal choice to score his enjoyable, but slightly ridiculous thriller. On what basis he made this decision is anyone's guess, it's not like there was any similar Newman score to go on. Apart from Toy Story, almost all of Newman's scores to date had been quiet and intimate, showcasing his composing skills to their full potential. I guess the one thing that this film has is all American heroism and Randy's brand of Americana is the type that makes the average American swell up (like in The Natural on similar) and thus potentially an ideal choice. Of course, these previous efforts were done as such becuase of Randy's own music writing style, not necessarily becuase the film always required a tone of patriotism. Of course, Air Force One did need a heroic, flag waving theme, some tense and exciting action episodes and that's exactly what Jerry Goldsmith (with a little help from Joel McNeely) gave the film. Randy Newman did the same, but turned it up to such an extent that it just comes across as taking the piss ever so sightly. The thing about 'serious' action films is that they are invariably silly and so the music has to be written with a completely straight face, which is something that Randy isn't perhaps best known for. He saw the inherent over the topness (can I say that?) of the film and mirrored it, rather than taking the film as a totally serious work and accompanying it as such. Jerry Goldsmith understood this, Newman probably did too, but couldn't help himself.

After that brief comparison, what can be said for the music itself. Well, on the whole it's pretty spectacular. Randy's action scoring is usually pretty much limited to a brief interlude (such as the book burning scene from Pleasantville or the occasional comic action moment in Maverick) or comedy action music (such as Dot's Rescue in A Bug's Life), but these are either brief, or in the case of the latter can be very over the top simply becuase it's supposed to be bold and fun. Of course both of those scores were written after this one and indeed there are hints of both score in this one. The occasionally incoherent music for Toy Story was his only large scale attempt and the music here shares some of that score's manic excitement. This is very dynamic, intricate and no holds barred stuff. Strings swirl about, there are dischordant brass fanfares, huge moments of clunking percussion. It really is a maelstrom of very complex orchestral textures that really pushes the orchestra to performance limits.

All action scores do need quite a bit of quiet, otherwise they become rather annoying and this is perhaps where Newman's usual sensibilities come to the fore. The opening cue is much more of a sombre affair than Jerry Goldsmith's grap you by the throat fanfare, but this soon builds into a somewhat tense action cue. Don't Touch This introduces the president theme (for want of a better description) which is perhaps where Newman's score sounds more comic than it should. I imagine that it would have been great in something like Police Academy, but would have made this film seem even more self important. The quieter music in Alice and Grace, is however lovely with a few hints of the bouncing motif that Newman used for the basketball team in Pleasantville.

These central ideas, along with the hair raising action make up most of the score, but there are also a few good suspenseful moments, even if they seem perhaps a bit too busy when they should be slowly turning up the tension bit by bit. Mother Russia has some cod-Russian comic music which would almost have worked had this been Home Alone on an aeroplane, but here would have made the villains seem daft and unthreatening. There are quite a few moments like this, when in between some more serious music, slightly daft comic moments appear which quite possibly would have completely sabotaged the drama of the particular scene. There are plenty of more sincere moments, but in a film like this, one hint that the music is not taking the film seriously and the illusion is shattered. Even the lighters moments in Goldsmith's score are just that, more lightly orchestrated versions and rather than mirror and sort of comedy, the music perhaps just resorts to being a bit sappy. This means the scene, while a lighter moment, doesn't break the drama that the film is attempting to create.

Ultimately, this score is probably better heard on disc than in the film simply becuase I think that it would have made the film look as silly as Wolfgang Peterson evidentally felt it did. I can imagine Randy grinning knowingly while his pompous march played over the arrival of the president early on in the film, only being rather less happy when Peterson gave his verdict. The action music isn't mikey-moused as such, but its intricacy would have made it look comic. Action scoring is more of a fine art than would be thought simply becuase there is a fine line between exciting and just going over the top. It can be complex, but only in the grander scheme of things. Jerry Goldsmith's action music is complex as it develops from motifs which he then bends to the film and the dramatic requirements, Randy's music works in a much more short term way and doesn't so much develop from idea to idea, but tries to throw in all the ideas at once. This makes it a fascinating audio experience, but ultimately is not an approach that works as dramatic underscore.

It would seem that Peterson allowed almost the entire score to be recorded before rejecting it, which we should be grateful for since it's worth hearing. I do not advocate non-legitimate copies of scores, but when none is available then this is the only option. I would hope that some enterprising person might release it at some point, but given that it would almost certainly cost a fortune to release, I doubt this is going to happen. Randy's only foray into pure action scoring to date could perhaps be seen as a distinct failure in terms of the film, but in terms of music, it is an excellent effort that is well worth obtaining somehow!

Soundtracks from the collection: Bootlegs