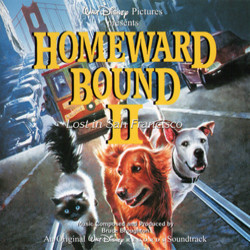 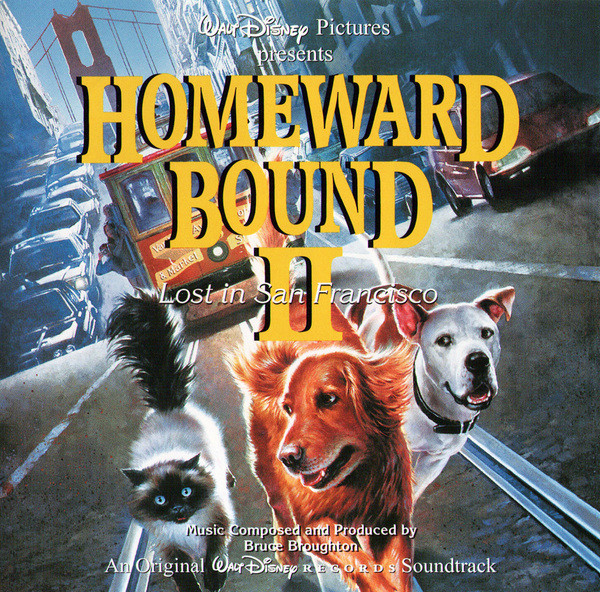 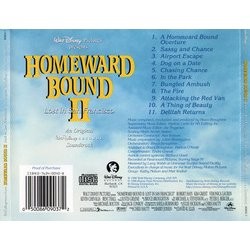 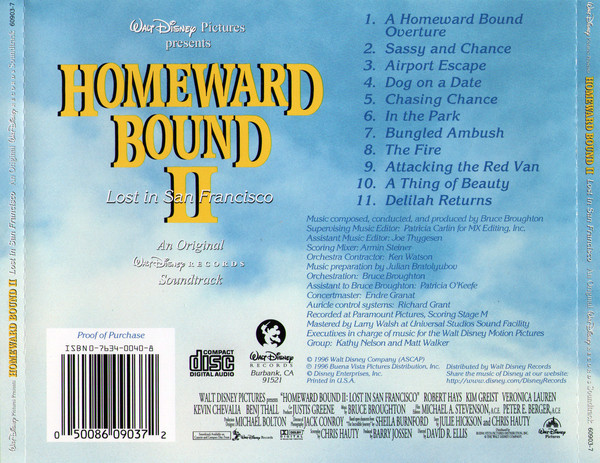 Homeward Bound II: Lost in San Francisco - 06/10 - Review of Tom Daish, submitted at 2010-09-26 13:25:36
After his charming score for the first Homeward Bound, Broughton came on board to do the sequel and the results are equally delightful. Rural gives way to urban as the navigationally astute animals in the sequel wind up in San Francisco (I can think of worse places to be lost) and as such, Broughton puts a little more of an urbane slant on proceedings. It would be nice to think that A Homeward Bound Overture is a proper concert overture, but I rather suspect it's the end credit suite, but whatever the case, it's a perfect start, introducing the playful main theme and a more sultry sax melody, ostensibly the love theme (but of a canine-on-canine variety).
Sassy and Chance is based around a lilting tune for portamento strings, which is perhaps the score's most memorable idea and it skips about delightfully, while working equally well in amongst the more hectic Airport Escape. The romantic sax melody comes to the fore in Dog on a Date, but is soon interrupted by darker hues, although Chasing Chance is hardly hard nosed action. The more serious minded action seems somehow less successful, being neither gritty nor boisterous enough to be fully engaging. Still, the odd instance of the main themes keeps them moving along, even on the longer Attacking the Red Van.

A little of the wild west sets off Bungled Ambush nicely as bluesy harmonica and guitar add a southern drawl, which recurs to open a Thing of Beauty before moving into territory that almost suggests Leonard Bernstein or Aaron Copland's Something Wild, but tempered for the family friendly market. Western style strings, harmonica and electric guitar turn it far more cheerful, before the somewhat low key finale. As with the original, Homeward Bound II is a tuneful and engaging diversion, but elevated above the mediocre by Broughton's abilities to use his thematic material in enough different dramatic settings to prevent it becoming overused. As the composer notes on the inlay card, the Hollywood musicians perform with typical distinction. An undemanding delight.

Other releases of Homeward Bound II: Lost in San Francisco (1996):