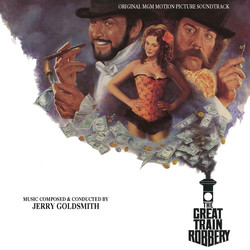 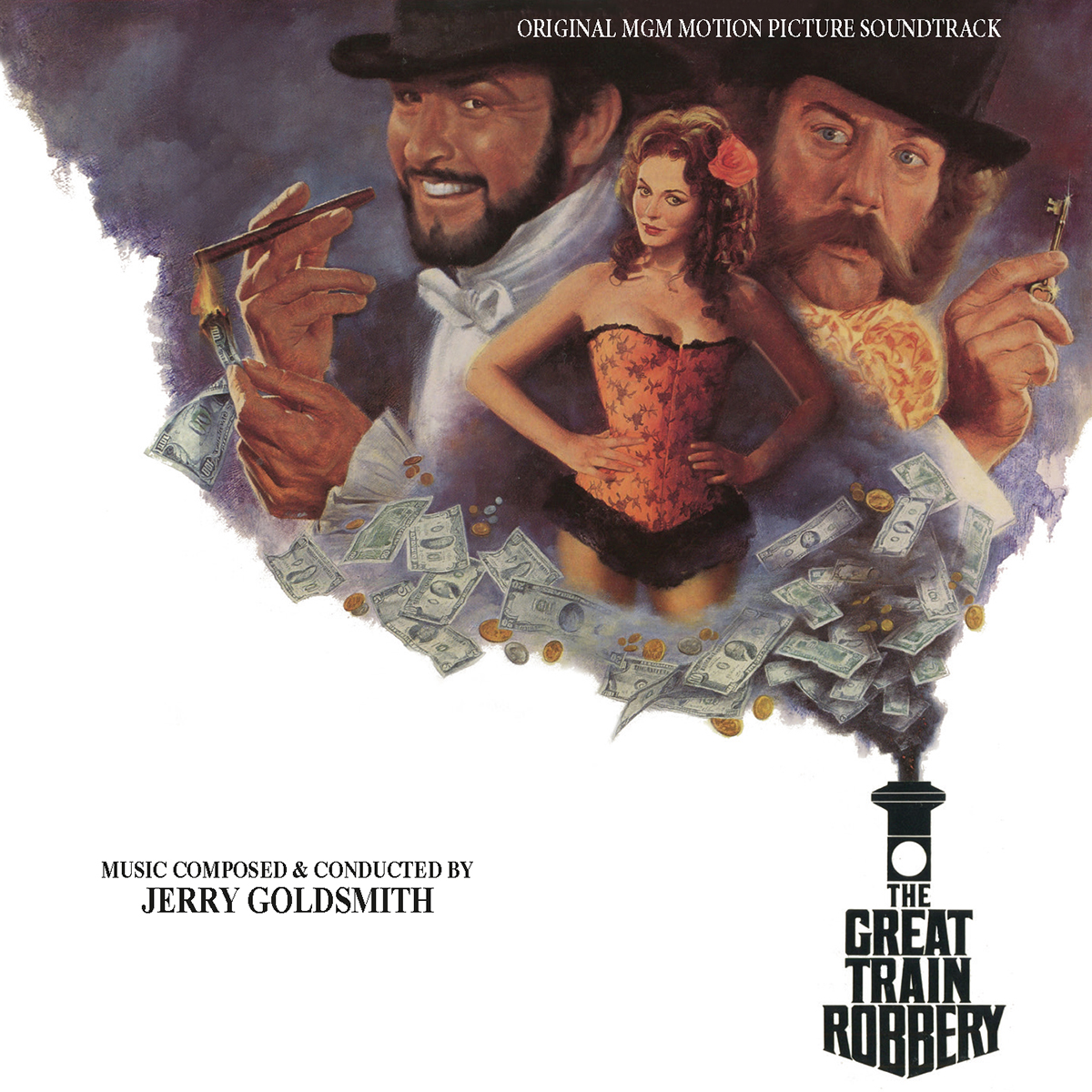 Quartet Records and MGM proudly present a new re-mastered edition of Jerry Goldsmith’s beloved score for the 1978 Victorian adventure-comedy caper, THE GREAT TRAIN ROBBERY. Based on director Michael Crichton’s own novel, the film stars Sean Connery, Donald Sutherland and Lesley-Anne Down as charming and distinguished thieves who make elaborate plans to steal a shipment of gold from a moving train. Goldsmith’s score, the composer’s third collaboration with Crichton (following PURSUIT and COMA) is one of the best of its period. It features a catchy, vibrant main theme, the locomotive for an exciting, elegant score, powerfully performed by the National Philharmonic Orchestra and recorded with great precision and detail by Eric Tomlinson at Anvil Studios in London.

The music for THE GREAT TRAIN ROBBERY was originally issued on LP in 1979 by United Artist Records in a short (29 minutes) but delightful album conceived by Goldsmith, masterfully edited but decidedly not in film order, that was nevertheless a very pleasant listening experience. In 2004, Varčse Sarabande released the first expanded edition, which added seven minutes and was re-mixed for SA-CD. Intrada reissued the score in 2011 as a double-CD set debuting the complete film score using Eric Tomlinson’s original mixes on CD 1 and the album program on CD 2. That edition sold out many years ago and commands high prices on the second-hand market.

Now, to celebrate the 40th anniversary of the international release of the film (it premiered at the end of 1978 only in the UK) and the release of the original LP, Quartet Records presents an all-new edition with CD 1 showcasing for the first time the score as intended for the film, with all performance edits and combinations recreated from new, high-resolution (192 kHz/24-bit) transfers of surviving 1/4″ tapes featuring Eric Tomlinson’s original stereo mix. CD 2 contains the original 1/4″ stereo album master newly transferred (at 192 kHz/24-bit) and remastered from the first-generation master tapes.

This collection has been meticulously produced by Neil S. Bulk and mastered by Doug Schwartz. The package includes a 20-page booklet with detailed liner notes and track-by-track analysis by John Takis. All aboard!