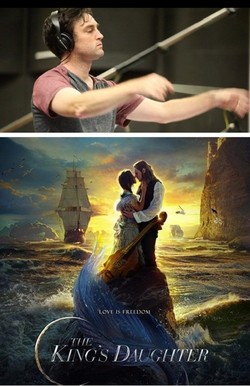 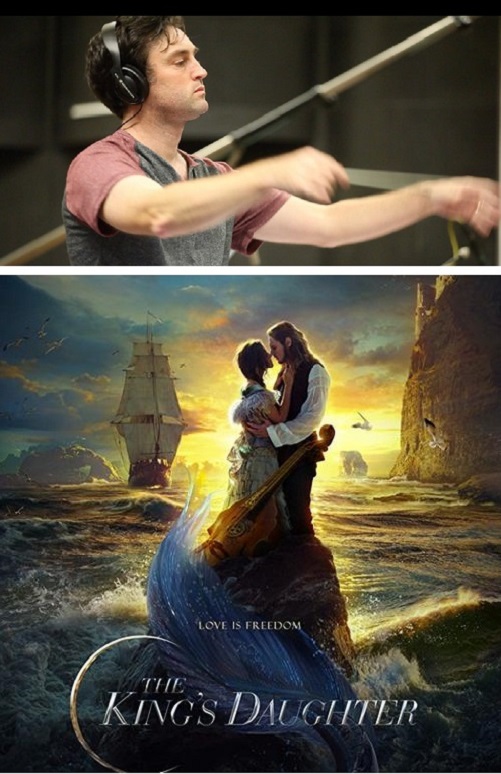 Joseph Metcalfe is a Los Angeles based film composer and his studio is located in Simi Valley, CA. His debut theater feature film release, The Kings Daughter (starring Pierce Brosnan) is coming to Regal theaters nationwide next week. Joseph scored and conducted the music for the film.

We recorded The Kings Daughter score in Prague with a sizable orchestra and choir, says Metcalfe. Conducting then felt just as exciting as the first time I conducted a symphony orchestra as a young student. It never gets old. The family adventure film tells a tale of King Louis XIV's quest for immortality leading him to capture a mermaid, a move that is further complicated by his illegitimate daughter's discovery of the creature.

supervisor and singer/songwriter, and over 25 other international and local musicians and artists.
Born in the south of the UK, Joseph Metcalfe started playing the piano at age 4 and was largely self taught. He grew up in a family of performers with his brother Dan playing the lead in Andrew Lloyd Webbers Starlight Express and his sister, Becky, dancing and choreographing for artists including Sting, Elton John, Steps, Take That, Five, Oasis, Back Street Boys, etc. His first full-length musical was written and produced at age 16 and he recorded his first television theme at the world famous Abbey Road when he was just 17.

In spite of being largely self taught, Metcalfe was offered a place at USC in the Film Scoring program and graduated with the Outstanding Academic Achievement Award. He was mentored by some of Hollywoods greatest composers like Jerry Goldsmith, Elmer Bernstein, Ron Jones, and Christopher Young.

Tickets for The Kings Daughter are now on sale at Regal Theaters nationwide starting January 20th. Check your local listings for showtimes.

For more information on Joseph Metcalfe and his music studio services, please visit www.jfmusic.com and www.josephmetcalfe.com.