Earth vs. the Spider 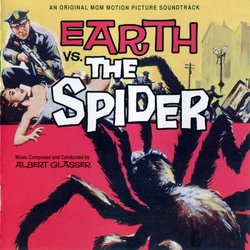 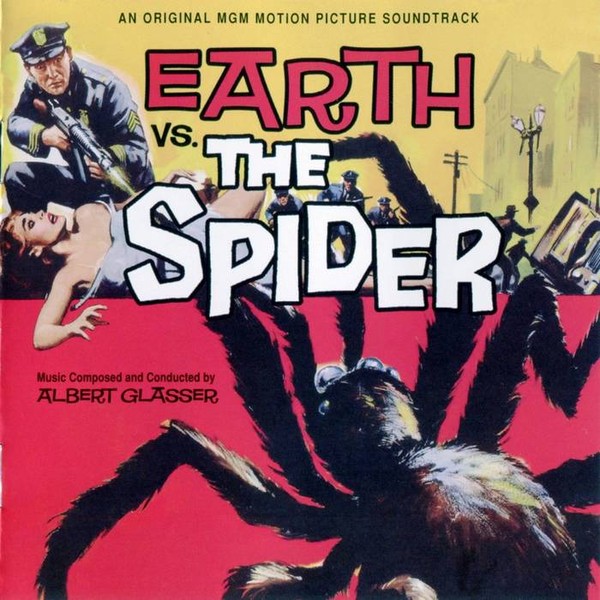 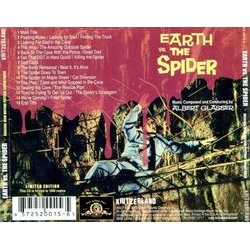 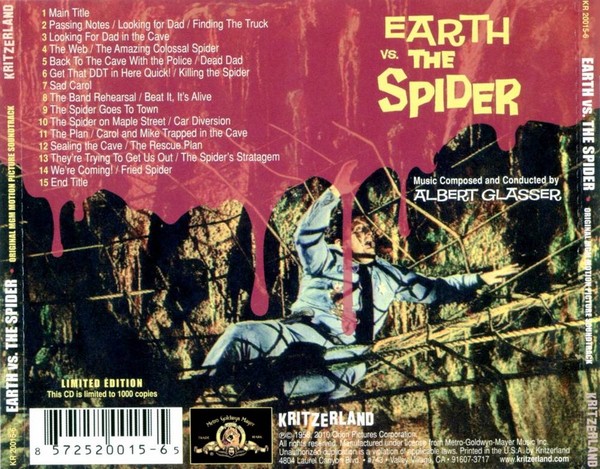 IT MUST EAT YOU TO LIVE!
Kritzerland is proud to present a world premiere limited edition CD release:
EARTH VS. THE SPIDER
Music Composed and Conducted by Albert Glasser

Yes, we’re back with the soundtrack to another classic Mr. BIG film, Bert I. Gordon’s 1958 shocker, Earth vs. the Spider. Nobody did it quite like Mr. BIG, especially in his early films. It was a different world back then – a young man with a dream could come to Hollywood and get lucky. He could be in the right place at the right time and suddenly and instantly fulfill his dream of becoming a filmmaker. That’s the way it was with Mr. BIG. He made a string of classic horror B-movies – The Cyclops, Beginning of the End, The Amazing Colossal Man (and its sequel, War Of The Colossal Beast), Attack Of The Puppet People, then, later, Food Of The Gods and Empire Of The Ants. His films, especially his early ones, have an innocence and joy about them that is really fun and Earth vs. the Spider is prime Mr. BIG.

Right from the beginning, Mr. BIG found a composer for his films whose music was just as deliriously wonderful as Mr. BIG’s films. Albert Glasser was one of the most prolific B-movie composers in history. He scored hundreds of movies and TV shows. He joined Mr. BIG on his second film, Beginning Of The End, and did every BIG picture up through The Boy and the Pirates. His score for Earth vs. the Spider is Glasser at his best. It’s just a perfect genre score, beginning with his grand main title, complete with its wailing theremin. His music pulses through most of the film, propelling it from one scene to the next with suspense music, chase music, mutant spider music – it’s classic B-movie horror music, the kind that anyone who grew up in the 1950s will instantly recognize.

It’s so pleasing to finally bring some Albert Glasser to CD, and also pleasing to continue our trip down memory lane with the films of Mr. BIG – Bert I. Gordon. Gordon and Glasser – it was a match made in B-movie heaven.

This CD is mastered from Mr. Glasser’s own 1/4” tape – it’s the complete score as he wrote it – in the film the score is edited and moved around and has repeated cues – we present every note of music he wrote for the film, in mono sound, as recorded.