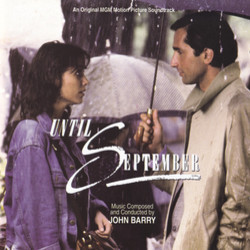 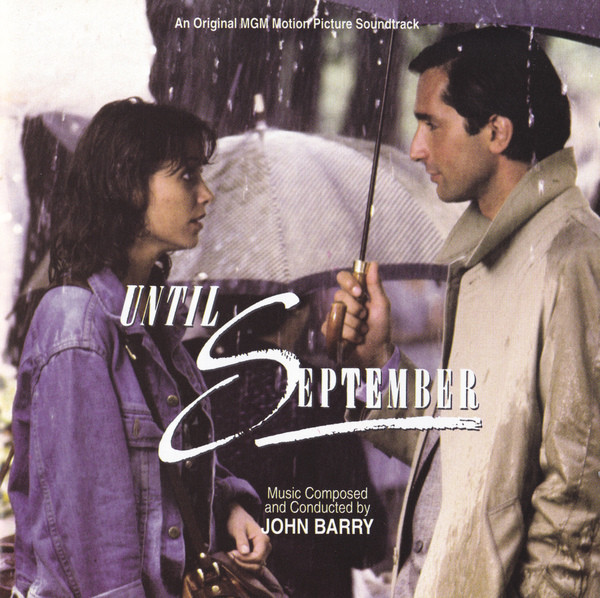 UNTIL SEPTEMBER
Music Composed and Conducted by John Barry

An American In Paris named Mo misses her flight with her tour group and has become stranded in the City of Light. She meets a debonair French banker named Xavier. Pretty quickly he informs her hed like to sleep with her despite the fact that he is married. And therein lies the tale of an affair to remember and love conquers all. Directed by Richard Marquand (fresh from directing Star Wars: Return Of The Jedi), the film stars Karen Allen as the spunky Mo Alexander, and Thierry Lhermitte as Xavier, the cocky, suave, rich, and good-looking Frenchman. As the Gershwins wrote, who could ask for anything more? Well, the audiences and critics of 1984, because they just werent buying Until September. But eventually, on cable and video, the film found fans, fans that found the love story appealing, and the scenery irresistible. But making the whole thing doubly appealing and irresistible is the gorgeous score by John Barry.

No one did this kind of score better than John Barry. Hed already given the world the hyper-romantic score to Somewhere In Time, and would soon do Out Of Africa, both of which spawned best-selling soundtracks. Barry, of course, was already a legend for his James Bond scores, and had also provided classic music for any number of great films, including Séance On A Wet Afternoon, The Ipcress File, The KnackAnd How To Get It, The Wrong Box, Born Free, The Whisperers, Mary, Queen of Scots, Midnight Cowboy, The Lion In Winter, Walkabout, Robin and Marian, King Kong, Body Heat, and that list doesnt even scratch the surface. Every cue in Until September drips with exquisite Barry melody and invention. There is no use fighting it  just surrender, close your eyes, and let the music wash over you, its very own City Of Light.

The soundtrack to Until September has had several releases  an LP on Varese Sarabande, a CD of that album presentation on Silva Screen, and a limited edition release of the almost complete score by Intrada  the latter was an instant sellout, and many people missed out on that release. And so we decided to make it available again in another edition of 1000 units, so that the people who missed out would have another chance to get it, and because we wanted to honor the memory of the great John Barry with one of his most romantic and beautiful scores. The Intrada release presented the score in film order. To that, we decided to include the original LP sequencing, which was done by Mr. Barry, because its a whole different listening experience. We have done our own remastering for this release.