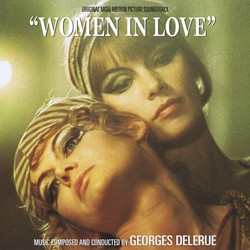 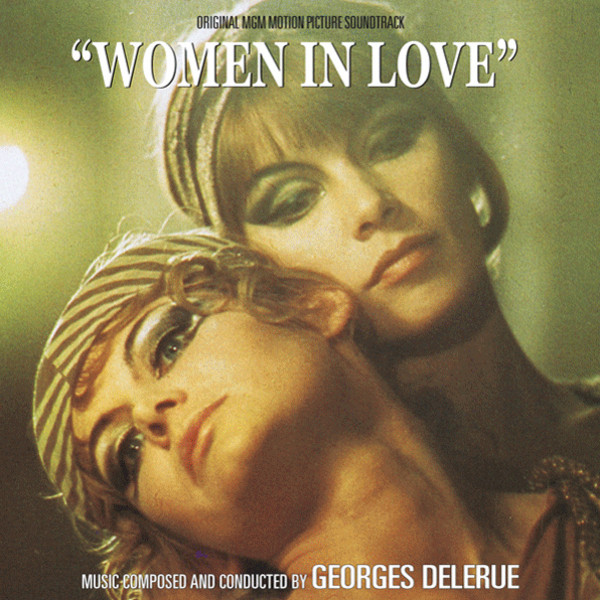 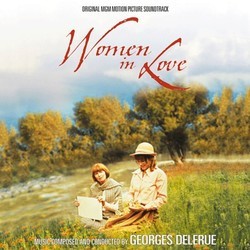 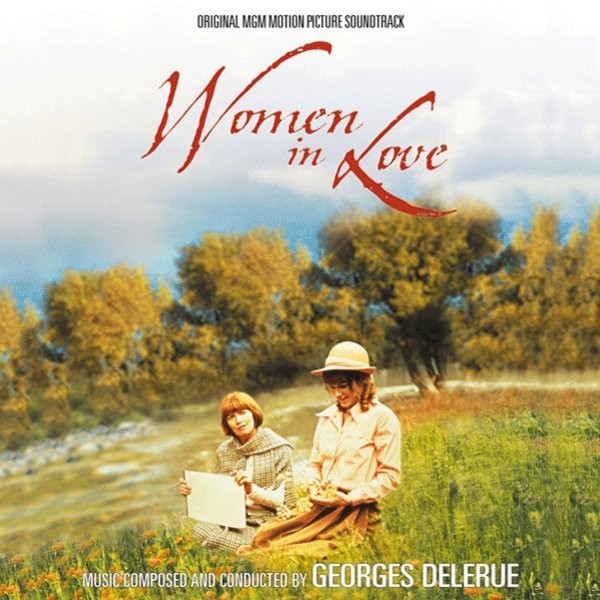 A prominent aspect of this classy Delerue score is its short length (barely 35 minutes of original music in a film of 125). It supports the plot in very specific moments; the music is neither there to fill up time nor provide a decorative background, but to infuse the film with a transcendent sense. The two love stories in the film are represented in very different ways by Delerue, who provides a bucolic and idealized background for the love between Rupert and Ursula—a love away from social conventions. His music is somber and violent, however, for the destructive relationship between Gerald and Gudrun. Delerue was especially gifted at breathing musical life into the most desperate details of passionate experiences, as some of his most sincere and heartbreaking works demonstrate: Truffaut’s La peau douce (1964) and La femme d’ŕ côté (1981), Godard’s Le mépris (1963), John Huston’s A Walk with Love and Death (1969) or Andrzej Zulawski’s L’important c’est d’aimer (1975). Lawrence’s world allowed Delerue to move in very familiar territory, so it is not strange that his honest and passionate music is one of the reasons why Women in Love became one of the most emblematic British films of the time.

Paradoxically, no recording of Delerue’s music for Women in Love was ever released. There were cover versions of the love theme by the orchestras of LeRoy Holmes and Ron Goodwin (the Holmes version is included as a bonus track on this album), and, later, two tracks were included in the 6CD set compilation Le cinéma de Georges Delerue (2008), produced by Stepháne Lerouge. This is the first official and complete edition of the score.

Unfortunately, as with many films from United Artist recorded at CTS Studios in London, the masters are lost. For this premiere edition we worked from a 1/4″ stereo copy vaulted in the private collection of the composer, including the complete original score plus Russell’s selection of source music and adaptations, all of them arranged and conducted by Delerue. The sound of the tapes, far from wonderful, is nonetheless good, and our sound engineer, José Luis Crespo, worked hard on his restoration, subjecting the tapes to a meticulous mastering process. It was, alas, either this or nothing, and Women in Love—one of the most iconic and desired scores in Delerue’s career—deserves this release.