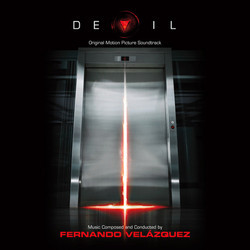 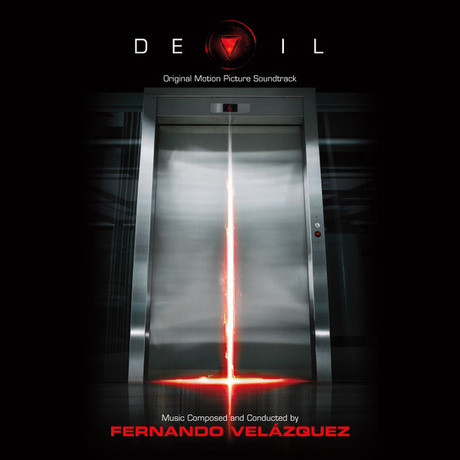 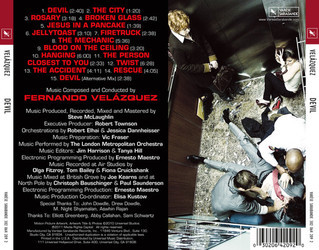 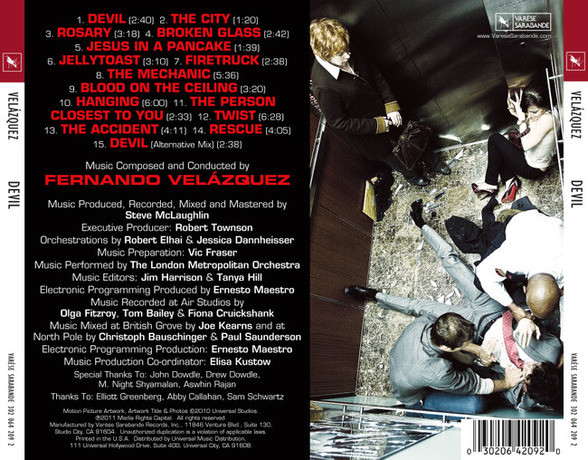 One of the most exciting film music talents now beginning to make a name for himself on the international
scene is Spanish composer Fernando Velįzquez. Velįzquez's score for Juan Antonio's Bayona's acclaimed
film The Orphanage (2007) offered us a dramatic introduction to his work. Now, with his strikingly
powerful score for the M. Night Shyamalan-produced film Devil (2010), the composer proves himself more
than able to write some of the best action and thriller film music out there. Do not miss this special edition
of a film score that will only grow in importance as the years go by and we watch the Velįzquez star rise.

Trapped in an elevator high above Philadelphia, five people discover that the Devil is among them – and
no one can escape their fate. This chilling, supernatural thriller from M. Night Shyamalan (The Sixth Sense,
Signs) will keep you on the edge of your seat all the way to a heart-stopping ending with a truly wicked
twist.
Trailer: