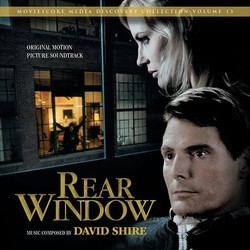 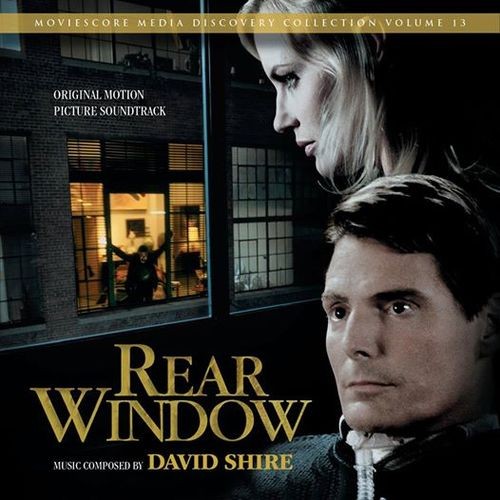 MovieScore Media expands its acclaimed Discovery Collection with its 13th entry: David Shire’s Primetime Emmy nominated music for the 1998 television version of Rear Window. Designed as an acting vehicle for the recently wheelchair-bound Christopher Reeve, The ABC production kept the basic premise of the original Hitchcock movie: wheelchair-bound Jason Kemp (Reeve) suspects that his neighbor Julian Thorpe (Ritchie Coster) murdered his wife, but nobody believes him. With the help of his beautiful blonde aide Claudia Henderson (Darryl Hannah), Jason gathers enough evidence to convince the police, but the killer is on to his schemes and confronts the paralyzed man in his own home…

David Shire, who is best known for his work on The Conversation, The Taking of Pelham 1-2-3 and Return to Oz, had previously worked together with director Jeff Bleckner on television films like A Father for Charlie, Do You Remember Love? and Serving in Silence. For Rear Window, Shire also got the full support of Christopher Reeve who used his star power to help the composer realize his musical vision. apart from discussing musical ideas and approving various cues, Reeve also managed to get a bigger musical budget for the project which now features 26 live musicians in addition to the brilliant synth percussion and sound design.

Shire’s music features a number of brilliant themes for the main characters. Jason’s theme was inspired by Baroque fugues as the counterpoints represent the hero’s attempt to rebuild his nervous system. The film’s main villain is represented by a distant metallic hit, a choice related to the man’s profession (he’s a sculptor working with metals). The third key theme for 'the other woman' (a character who replaces the murdered wife) is represented by the EWI, an electric wind instrument featuring a deliberately fake representation of a saxophone.
The CD will be available while quantities and interest remain.